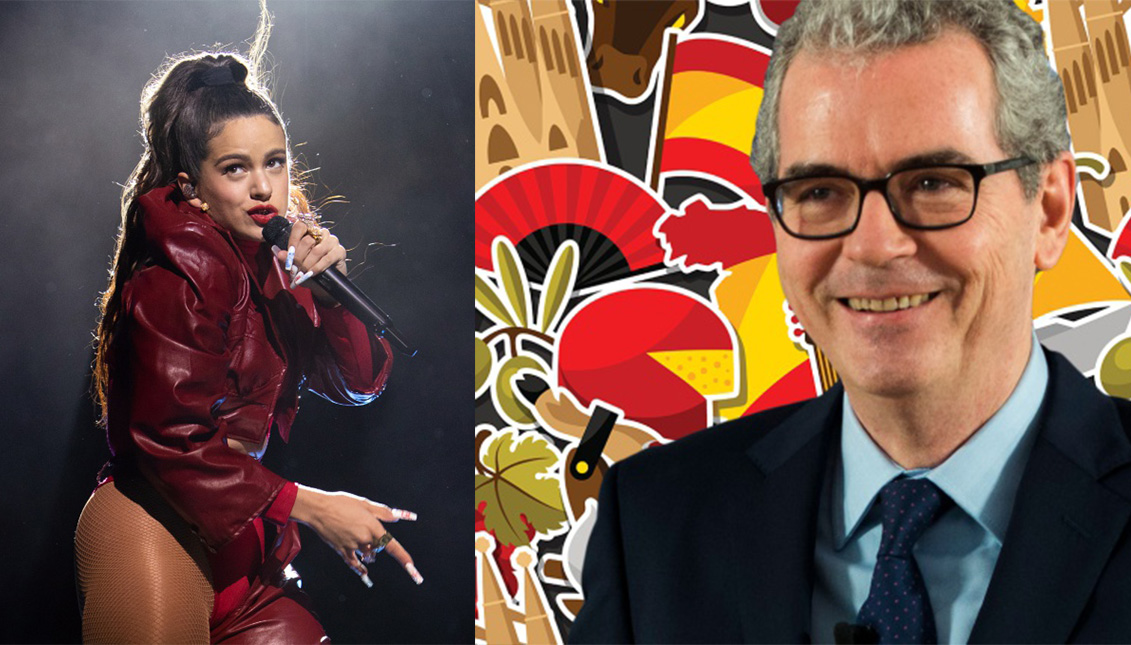 The singer Rosalía and the president of Inditex, Pablo Isla, are both Hispanic? Photo: Los40/El País.

When the The Times considered the president of Inditex, Pablo Isla, as "Hispanic," the response on the Internet users was massive.

An ocean and several time zones impose a distance that is not only physical, but also cultural. While in the United States, the Latino community has been reflecting for years on the difference between being "Latino" and being "Hispanic," with all the historical and racial connotations that this may entail, in Spain, the classification of one of the country's most famous businessmen as a "Hispanic" person has come as a surprise.

It happened on Sept. 9 in a report published by the New York Times titled "The faces of power: 80% of the most influential people are white even as the United States becomes more diverse".

In it, 922 personalities of the country are grouped by categories — politicians, businessmen, senior police officers — indicating who are white and who are not. Among them is the president of Inditex, Pablo Isla, who is, so to speak, the "most Spanish" person one could imagine — born in Madrid to Madrid parents — but the newspaper labels him a "Hispanic" person, which has caused confusion among many Internet users.

"Why, if in Spain we would consider Isla to be white, does he not appear as such," asked the newspaper El País in an article that tried to explain the classification given to the businessman by the North American media.

Later, it reveals to readers that the criteria used by the New York Times is the same one that has been used in the U.S. since 1970, when the Office of Management and Budget of the U.S. Government (OMB) included the category "Hispanic" and "non-Hispanic" to compile statistics on race and ethnicity.

"Until then, Americans born in Mexico or Spain, for example, had to resign themselves to choosing between 'white', 'black' or 'other' in the census, even though these categories ignored their origins and peculiarities," El País noted.

Although at first, this category served to represent those people of Latin American origin who did not consider themselves Black but lived in a non-white situation, the term "Hispanic" acquired a negative connotation because of its relationship with the conquest of America and activists preferred the denomination "Latino."

Do you remember the controversy last year on MTV with the alleged "latinidad" of Spanish singer Rosalía? The debate also reached Spain, since for Spaniards, "Hispanic" and "Latino" are synonymous words used to refer to people of Latin American origin. However, in the United States "Hispanic" and "Latino" are often used with Spanish speakers — hence Rosalía is seen as "Latina" — but a Latino is also a person of Latin American descent, including indigenous and Afro-Latinos, even if they do not speak Spanish as in the case of Brazil.

And so is the question of race on both sides of the Atlantic.

Although in the census, as in the United States, these labels are used for a purely practical reason — or because they have not been improved — in the street, as Ed Morales, a professor at Columbia University's Center for Race and Ethnic Studies, tells El País, it is another story.

"If a Spaniard [who considers himself white] seems more Mediterranean or goes with dark-skinned Latinos, or speaks English with an accent, they may not perceive him as white, regardless of the color of his skin," he explains. "In the same way, a well-dressed Latin American mestizo who goes with a group of whites speaking perfect English may be considered white. Morales adds: "One can be racialized (perceived in terms of non-white race) just by speaking Spanish, so speaking this language in public spaces can make you the subject of racial discrimination."

Spanish Internet users felt surprised and curious when they saw the president of Inditex catalogued as a "non-white" person, or was it a response to a racist atavism? Something carved deep inside, a kind of colonial supremacy that labels bring out?

The controversy is more than served.