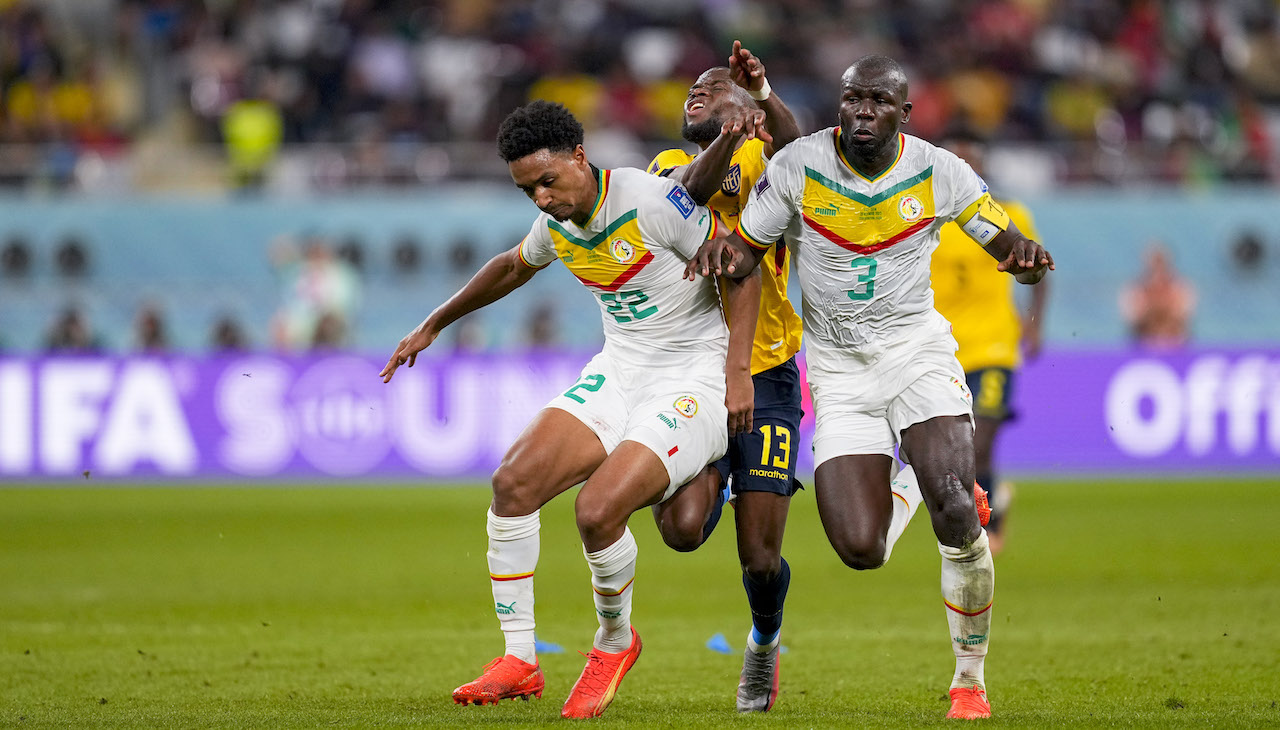 The African team is set to advance to the Round of 16. Photo: Ulrik Pedersen/DeFodi Images via Getty Images

A 70th minute goal from defender Kalidou Koulibaly was the difference maker against Ecuador.

It was an entertaining 90 minutes of World Cup action between two evenly matched sides, Senegal and Ecuador, but it would be the West Africans who were able to hold on to their lead and prevail against a young, but dangerous Ecuadorian team.

Senegal defeated Ecuador 2-1 at the Khalifa International Stadium in Al Rayyan, Qatar in a game where Ecuador desperately needed three points to have any hopes of advancing to the next round. But it is now the Senegalese and the Dutch who top Group A, with Ecuador and host nation Qatar on their way out.

While the young Ecuadorian side dominated possession throughout the game, Senegal looked a lot more dangerous on the attack and some first half statistics prove that to be the case. Just before the end of the first half, Senegal had been able to put up 10 shots with three of them on target, and had won themselves three corners.

On the other hand, the Ecuadorians had only been able to put up two total shots with none on target. Despite a lightning start to the campaign, La Tri struggled to find any offensive rhythm and found it difficult to break down the veteran Sengalese defense led by Abdou Diallo and Chelsea Center back Kalidou Koulibaly.

Things would get bad for Ecuador just minutes before halftime when defender Piero Hincapié collided with forward Ismaïla Sarr inside the box and the referee did not hesitate to give the West Africans the penalty. Sarr coolly took the penalty on his right with a no-look kick that gave them the lead heading into the break.

Ecuador showed more signs of life in the second half and their efforts proved to be worth the wait as they would tie it up in the 67th minute off a goal from midfielder Moisés Caicedo. But it would only be a few minutes before the Sengalese would reclaim the lead.

A Koulibaly goal from a set piece free kick in the 70th minute proved to be the difference between the two sides and gave the West Africans the crucial three points to advance out of the group stage for the first time in nearly 20 years.

It is a deserving result for Senegal, who outplayed Ecuador in every facet of the game.

Ecuador could have reached the knockout stages for the second time in their history by beating or drawing with Senegal. The Netherlands won the group with a 2-0 win against host nation Qatar.