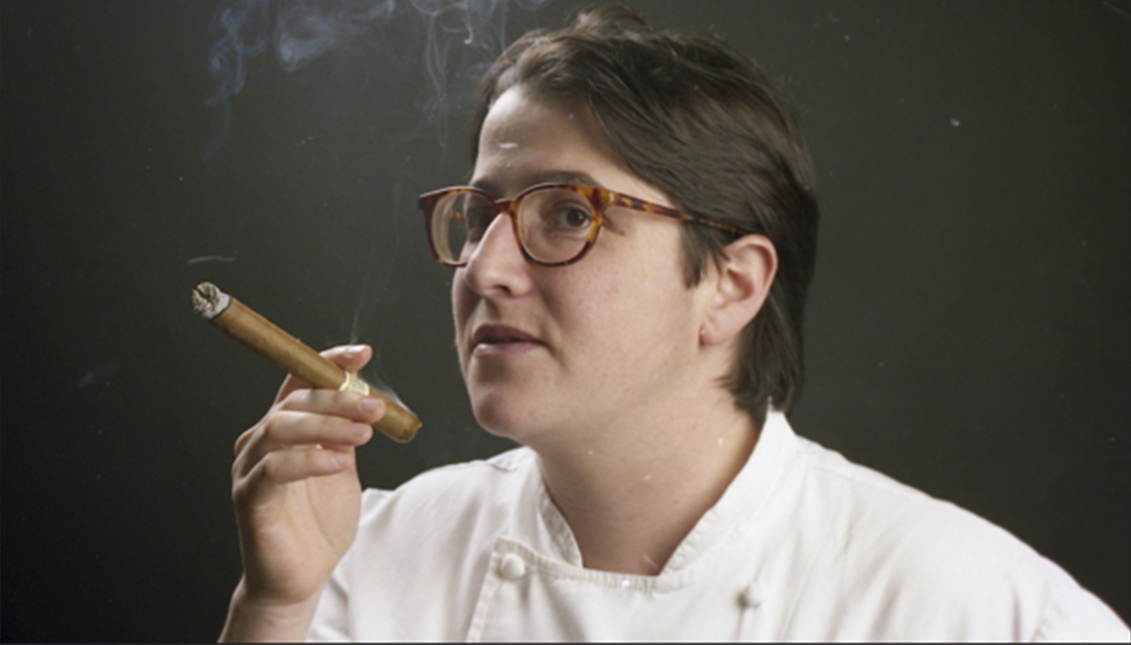 Elka Gilmore, the San Francisco queer chef who brought Pride to the table

Gilmore mentored some of the country's best lesbian chefs and turned the world of haute cuisine, a traditional male domain, into a space of diversity. Can you…

Up on a milk box because she couldn't reach the sink with her tiny stature, 11-year-old Elka Gilmore carefully washed the dishes in a French restaurant in Austin, Texas, with a very clear purpose: to earn some money to get out of the house.

Five years later, when she turned 16, she had saved enough to go live with her grandmother in Madison, Wisconsin. It was the early '70s, a decade that began to breathe new airs of freedom also in the kitchen, and Elka, who had grown up in one, got several jobs as a cook and then chef to gain some fame in restaurants around the country and world, from New York to Boston, through Los Angeles, and even in France.

By the time the 1990s arrived, the girl who started out washing dishes had made a reputation for herself among San Francisco's top chefs, and the secret to her success was not only her eggplant tuna and her unique tomato jam, but her culinary activism. Gilmore aspired to make way for other queer chefs in a space where the apron was worn by men.

"I'm a proponent of the concept that it's tremendously helpful to the world for gays to come out," the culinary artist told a reporter in the mid-1990s. "I've lived my life that way for the last 22 years or more, a significant part of my life."

It was true. As the chef explained, she had her first lesbian relationship very early, at age 12. Since then, she has never hidden her homosexuality and was determined to gain that space of flavors and textures for her queer companions.

So she founded her restaurants, and surrounded a team of talented cooks like Chef Traci Des Jardins, with whom she had already opened her first business in 1991, with a mix of French-Japanese recipes, and Elizabeth Falkner as a pastry chef. In fact, both professional chefs became celebrities, opening their own businesses thanks to the opportunity and the legacy of Elka Gilmore, who mentored great queer artists.

"To Bay Area food critics, it seemed as if a gay culinary oasis had sprung up overnight under Gilmore's watch," wrote food journalist Mayukh Sen.

"That team she put together -- it seemed to be the birth of a faction of truly talented lesbian chefs," veteran Gourmet writer Maria Binchet said of the chef. "There was a new flank gaining momentum, independent of the typical world of male chefs.

Living with no fear

As Sen acknowledged, San Francisco had known other extraordinary gay chefs before, but they were mostly men. There was Chef Gary Danko of the Ritz-Carlton and Tower Jeremiah of Chez Panisse and later the Stars. "Tower and Danko are, after all, men, which guarantees certain privileges and a more certain chance of longevity in American cultural memory," the journalist wrote for Eater.

"I think she was a pioneer in many ways," acknowledged pastry chef Dana Farkas, who had worked with her.

Gilmore had a gift for inspiring the people she worked with in the kitchen — a family of choice — and her fame helped raise the visibility of the LGBTQ+ community by connecting it to an art form that could reach people's hearts and minds through their stomachs.

Her race for fame was not without its obstacles.

Before opening her restaurants, several business owners rejected Gilmore because of her identity as a gay woman. She was also accused of being behind a very disturbing incident: 18 months after she opened her last restaurant, the "Asian bistro," Oodles, in 1998, the premises caught fire. She was later identified as the perpetrator of the robbery that closed the business and, according to Mayukh Sen, was arrested in the late 1990s for stealing, fraud and identity theft.

Elka Gilmore, who died in 2019 at the age of 59, retired from public life, but never from the kitchen. She ended up teaching classes to low-income people.

Did it really matter that Elka Gilmore was a queer in her craft as a cooking artist? To the palate, no. However, as Sen points out, her work empowered other young gay chefs who followed her.

"History can remember her as an advocate for women in the kitchen who had a different culinary vision," she says, and she lived without fear. She was proud to be around the kitchen.