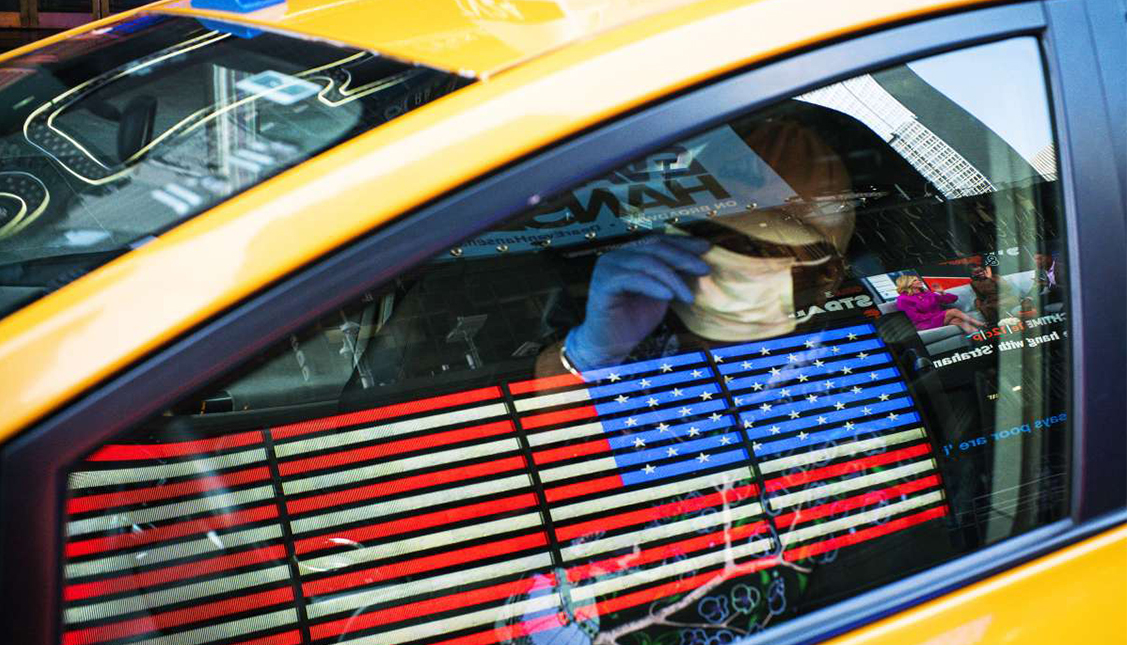 Will the stay-at-home order have consequences for the Hispanic community? It's how we deal with confinement.

As the United States tops the world as the most contagious country with coronavirus - 312,249 cases recorded and 8,503 deaths from COVID-19, according to last Friday's data - and New York becomes the global epicenter of the pandemic, the follow-up to quarantine remains very uneven across states.

Criticism of quarantine and its social and economic impact is being heard in a context of fear and an overflowing health system, but the truth is, if we think of experiences such as in Spain, where the solidarity confinement has saved 15,000 lives (WHO estimates), the stay-at-home orders are very necessary for the controlling the pandemic.

At least, for lack of a better alternative, or diagnostic tests for all.

Now, how can quarantine and social distancing affect the country's more than 31 million Hispanics? What impact will it have on our psyche when we return to normal? Will that "normalcy" still exist?

According to the humanist psychologist Alejandro García, although anxiety and fear are the common denominators of this confinement, the experience varies greatly from the context in which we find ourselves:

"It's not the same to live confinement alone as it is to live it with others, and it also depends on how you feel about yourself. If you're confined alone and you already have some problem with social isolation, the anxiety can be triggered and what you should do is not overload yourself with activities, but rather prioritize virtual contact with others," said the specialist, who during quarantine attends to numerous patients facing very difficult situations — both because of excessive loneliness, and because of their situations (breakups and fights, families with small children in stressful environments and living in cramped conditions...).

For Latinos, this change in the way we relate and the "no kissing, no touching" rule is taking its toll on us at a deeper and broader level than we imagined. Not only are we forbidden from social gatherings, but the social distance is for many thousands of miles, considering that loved ones are in other countries. A second source of fear and anxiety about never embracing family and friends again is imposed because of health concerns, which is not always easy to overcome through the Internet, especially for the most disadvantaged.

Or too little. While the crisis and state of alarm have hit the Hispanic economy - four out of ten New York Hispanics have lost their jobs - teleworking from home has become both an Asian luxury and a 21st-century form of slavery.

"I treated a patient today who teleworked too many hours, and the problem is that she doesn't keep up with office routines and doesn't set limits," said Garcia.

In fact, confinement and teleworking can be a major source of anxiety when homes, especially in cities, are small and not equipped as workplaces. Add to that an overloaded network and a much slower Internet connection, and the level of stress can be truly explosive.

Unless we put the brakes on. But can we?

These days, who hasn't discovered that they have regained contact with a friend they haven't spoken to in years or they have been chatting more with family and colleagues? Although there are people who think this crisis will change the way we relate to each other, it has brought out positive aspects, such as solidarity and the need for the "other." For García, the learning that we can extract from this crisis will last "a little while".

"When we go out again, we'll be back with a firecracker in our asses because the discourse will be the same. It is likely that we will be more anxious and more scared, and that this experience will have left us with post-traumatic consequences", he said.

The best advice from now on is "don't overreact" and avoid over information.

"It's been a big party for the obsessive, paranoid and conspiracy theorists, who now feel their concern was justified and know they are in control of the situation," said Garcia. "It's not a good idea to start imagining scenarios during the confinement, but to get into a light routine and activities that we like, and to make us aware that we can go slower and that if there's anything we have leftover, it's time," he concluded.