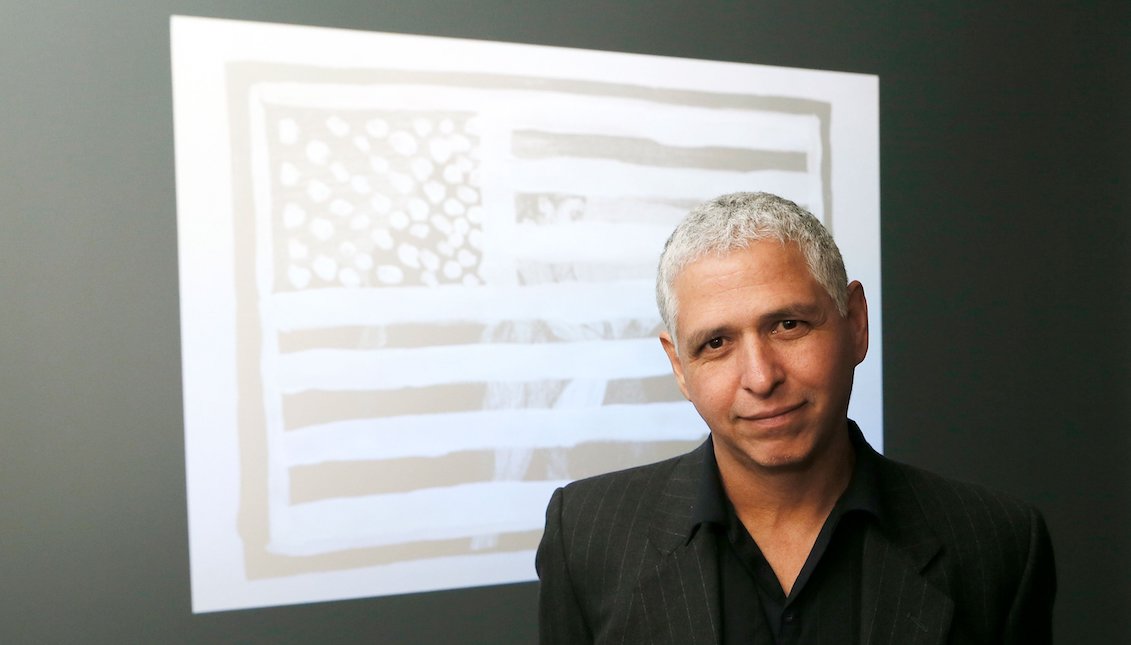 Artist Hugo Crosthwaite, first prize winner of the Outwin Boochever Portrait Competition, at the “The Outwin 2019" opening at the Smithsonian’s National Portrait Gallery on Friday, Oct. 25, 2019, in Washington. (Paul Morigi/AP Images for National…

Hugo Crosthwaite and Berenice Sarmiento: when a portrait says more than a thousand words

Latino artist Hugo Crosthwaite gets a prestigious prize in a competition yearly held by The Smithsonian National Portrait Gallery, making history for more than…

Crosthwaite was born in Mexico, but he now lives in San Diego where he turned oral memories from his compatriots risking their lives through the U.S. border into art.

In fact, he did much more than that.

The artist gave them a face and a voice: Berenice Sarmiento Chavez's, whose three minutes stop-motion portrait got the Outwin Boochever Portrait Competition prize held by the Smithsonian National Portrait Gallery at the end of October. He became the first Latino to win the competition.

"The resultant improvised drawings represent the collective memories and oral histories from that part of the Mexico-U.S. border," a news release reads on Crosthwaite's website. 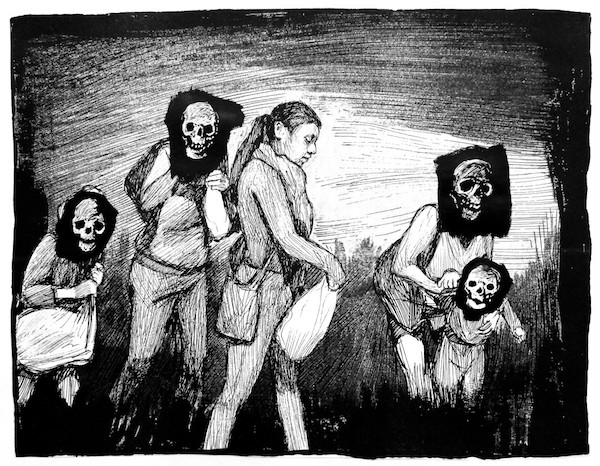 “A Portrait of Berenice Sarmiento Chávez,” (2018) by Hugo Crosthwaite
Drawing the migration crisis

It begins with her face; her eyes take a distant view and it sounds as if someone were singing in Spanish. The strumming of a guitar... What is she looking for? What does she expect to find? Berenice Sarmiento was one of many people interviewed by the artist who got impressed by the fantastic and surreal elements of her testimony and decided to add them to his piece.

"We are defined by the stories that we tell ourselves, either real or imagined, to deal with difficult situations in our lives," he said. "Rather than playing the role of a journalist where I recount a factual event, I have left the video open to interpretation just as Berenice left me with her vague and unsettling story."

Through 1.400 images, Crosthwaite's working process was based on drawing and photography, a slow-motion recount of what is behind the scenes. He tells a story layer upon layer. Then he created the video by using a technique that the curator Taína Caragol depicted as “masterful.”

The final art piece provokes a sense of urgency and lets the viewer enjoy the drawing process and not only the story that it tells. “A portrait of Berenice Sarmiento Chávez's” means a real “act of transformation.”

"We are defined by the stories that we tell ourselves, either real or imagined, to deal with difficult situations in our lives," he said.

For his work, the Latino cartoonist, who has also been the first awarded artist in the history of the competition to get a price using a non-traditional medium such as video, will receive $25,000 and a commission to create a portrait for the National Portrait Gallery's permanent collection.

Furthermore, Crosthwaite winner masterpiece, as well as the rest of the 46 finalists, joined the exhibition “The Outwin 2019: American Portraiture Today”.