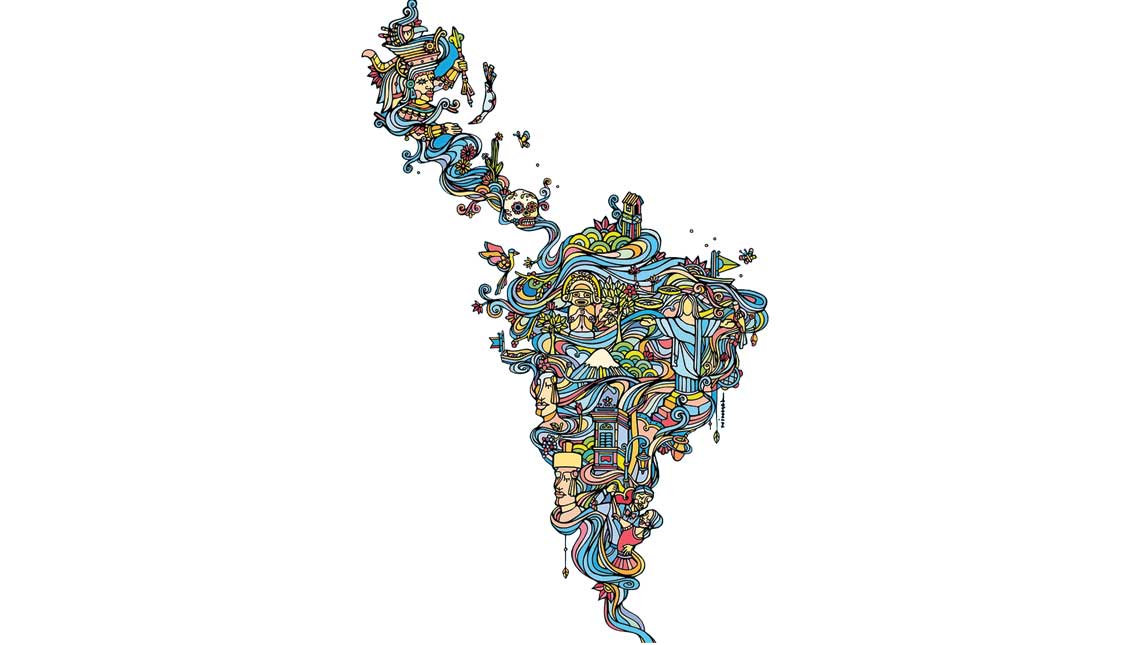 [OP-ED]: What the hell is "Hispanic Heritage"?

The Hispanic celebration begins this month and this Colombian-Venezuelan journalist asks himself what the hell is "Hispanic Heritage" about?

The Hispanic celebration begins this month and this Colombian-Venezuelan journalist asks himself what the hell is "Hispanic Heritage" about?

Although the answer seems obvious, it doesn’t mean it's simple. If the time refers to the celebration of a cultural identity, then the first thing to say is that “Hispanic” is not synonymous with “Latin” and, although related, none of the above is “Latin American”.

Here, "Hispanic" has to do with language (Spanish) and "Latino" with geography (Latin America). While in the first category Brazilians or Haitians or Belizeans don’t fit, in the second one they perfectly do. However, we all end up in the same bag, as if we were something you buy in the market.

In that sense, if a "Hispanic Heritage" existed, it would have to do essentially with the Castilian language; not only because, with 56.6 million speakers, it is the second language in America, but because Spanish was the first European language to be heard in North America, as journalist Ray Suarez remembers in his book Latin Americans: The 500-year legacy that shaped a nation.

The second thing we need to say is that "Latino" is not the same as Latin American. And the difference is not as cosmetic as the American perspective on the subject, which defines as such someone who has roots there but lives here.

The thing is even more complex. According to the British historian Kobena Mercer, quoted by the Chilean sociologist Jorge Larrain, "identity is an issue that becomes important when something that has been assumed to be stable is displaced by doubt and uncertainty."

For Larraín, the genesis of Latin American identity was then in the period of Spanish colonization of the continent, because it was in that historical process in which the Spanish Catholic and conservative culture ended up displacing Amer-Indian worldviews. In other words, the European white man defined the other (creoles, mestizos, campesinos, indigenous and Afro-descendants) as an inferior being who needed to be civilized.

That process did not end there. The thing continued and fragmented with the independence of the nineteenth century, which gave way to national identities; and in the twentieth century, with economic and political crises, attempts at revolutions - which allowed for the emergence of a Latin American popular narrative - and their consequent counterrevolutionaries, which with American intervention, drowned any attempt at unity.

Here, in the US, white men have also defined the identity of Latinos. Even today, some social circles continue to see Spanish as a second-class language, linked to a conception of an illegal immigrant community and provider of cheap labor.

That stigma has had its effect on the psyche of Latinos in the country, a certain cultural bipolarity in which some are still ashamed of their mother tongue while celebrating some of the stereotyped expressions of their culture.

Oral and written language is the vehicle of culture. May the months of the Hispanic heritage be a pedagogical celebration on this multicultural and multi-ethnic universe that we are Latin Americans - immigrants and those born here; a universe configured in Spanish and English, with pre-Hispanic roots and a projection to become the largest ethnic group in the United States in the not too distant future.