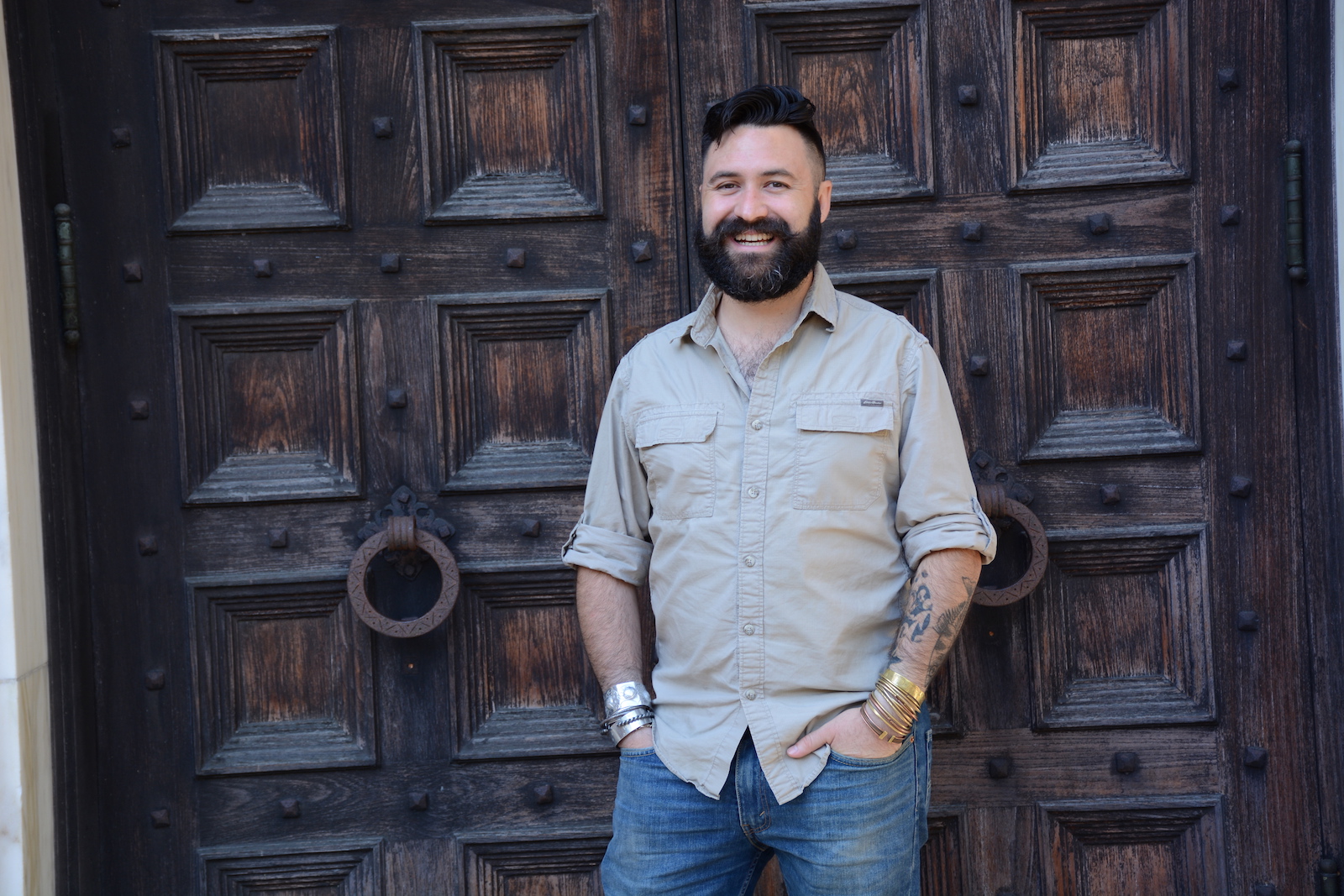 Carlos José Pérez Sámano has been appointed as the Penn Museum's first Resident Artist and he's launching a series of free poetry workshops for the Latinx community. Photo: Penn Museum

From his time teaching poetry to the immigrant community in his free time, carrying a typewriter to parks and public spaces in Philadelphia, Pérez Sámano told AL DÍA it’s been a long time coming.

“It has always been very difficult as an artist,” he said. For Pérez Sámano, that meant working in construction and restaurants on the side because of the difficulty of finding a job.

Eventually, he began working at the Penn Museum as a global guide, where he talks about his own lived experiences being from Mexico, and being able to give visitors a first-hand account that goes beyond the visual element of the exhibitions.

“So I was going to the museum, to some cultural fests, to teach people how to read poetry with the typewriter, and that’s sort of how the idea came,” he said.

The transition to becoming Penn’s first resident artist was a “perfect fit,” he said, because having taught poetry to the immigrant community before, it wasn’t something he just started to do with the residency.

“It’s something that I started doing by myself in public spaces. I was teaching in the parks, in the streets in Philadelphia. I was just doing it for fun. I love poetry, and I love to teach people poetry, so it was something I was doing during the week. So when the residency came, for me it was really, really, like a huge step in my professional career because it’s also an institution validating my work,” he said.

Later in the Fall, the Mexican Cultural Center, Philatinos, and Philibros will provide promotional support by inviting their audiences to participate in the program.

“I see myself as an artist always,” Pérez Sámano said. “Before I came to the U.S., people would ask me, what do you write? Do you write fiction? Do you write poetry? And actually I write everything … so for me writing is just the way that I do my art.”

He said there are many facets the workshop can explore, whether directly or indirectly beyond the face value of history, art and artifacts.

“I believe deeply that poetry is very political. It’s something that looks very innocent or very unharmful, but actually with poetry, we're challenging language,” said Pérez-Sámano.

The context of immigration and how immigrants are perceived is an integral part of his workshop.

Immigrant communities are often spoken for and about, or people assume and decide things based on what they think. It’s something immigrants like Pérez Sámano live every day, not only in terms of discrimination, but also in the way people choose to try to understand without listening.

“So for me, giving people the opportunity of letting people not only express themselves, but also question the way that reality is built, it’s really empowering,” he said.

According to Penn, Una Raíz Compartida is designed to inspire reflections on the concepts of immigration, identity, loss, and belonging—encouraging participants to draw their own personal connections and welcoming members of diasporic communities to share in the agency and interpretation of the artifacts.

The way the workshop approaches artifacts, without appropriation, and without forgetting historical significance is something Pérez-Sámano said was key.

“What I don’t want to do is say, okay we have this object, what do you have to tell me about it? That’s kind of like the easier way, but also the really artificial way. And I think the easiest way is actually to make it more organic and to say, okay, how do you experience your own culture?” he said.

He recalled one artifact at Penn, and how it applies to himself — a metate, or corn grinder.

“I share with the people that sometimes in the houses in Mexico, you use metate to grind corn. And even though it’s a very old technology, an ancestral technology, we use it the same way every day,” said Pérez-Sámano

“And so it’s something that’s real. I can use it, I know how to use the metate even though it is in a museum and it looks kind of useless there, just being exposed, but it’s a real object and we can use it, and we know how to use it and it’s part of our culture,” he said.

This way, his workshop approaches myth, works hand-in-hand with decolonization, and understands that a lot of post-colonial history in Latin American also comes with indigenous erasure.

“The idea of the mix that came after colonization, it’s kind of like a mythical idea. It was more of a narrative to say that the indigenous people were gone. They tried to eliminate them by removing the names, by removing the ways of expressing themselves, destroying the culture,” said Pérez-Sámano.

He said it’s about exploring what those things are still with the immigrant community, and understanding that the cultural exchange can continue to happen without the “European violence” that comes with destroying that culture.

It’s how the name One Shared Root, came to be.

He hopes the community will join the workshops. Participants will also be invited to attend special “open house” sessions that offer private tours of the Penn Museum in Spanish.

Their poems may be selected to appear in Penn Museum’s Expedition magazine and online. The residency will conclude in April 2022 during National Poetry Month, with Una Raíz Compartida participants sharing their poems during a public poetry “slam” at the Penn Museum.