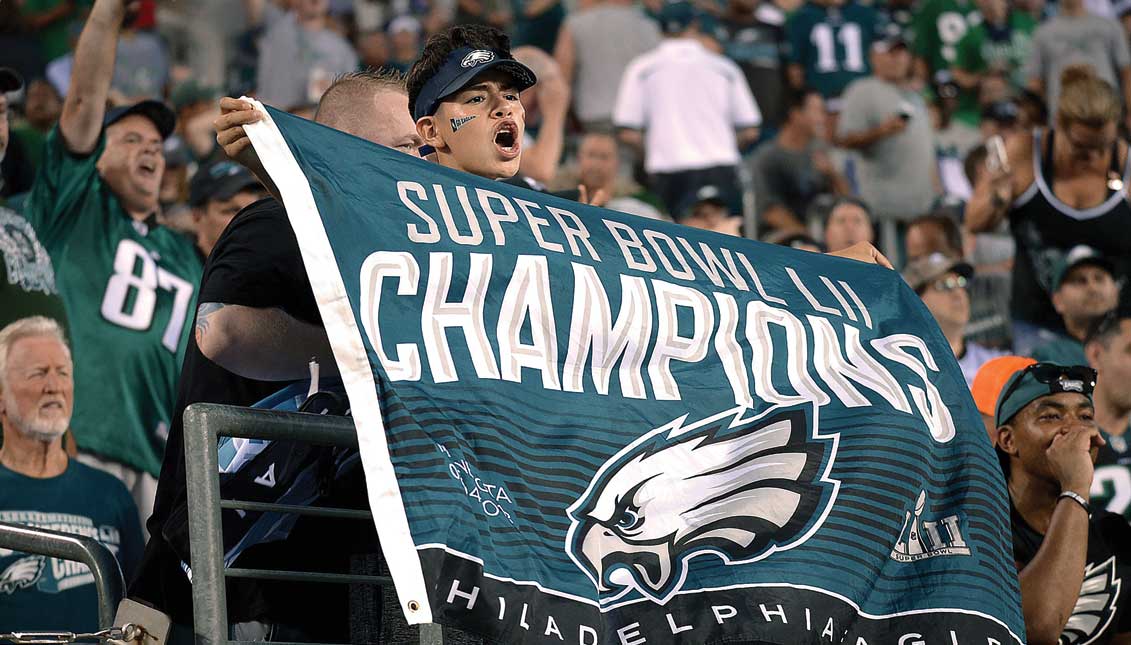 The NFL kickoff game ended in a dramatic but positive fashion for the world champion Eagles.

For the first time in its history, the City of Brotherly Love hosted the NFL kickoff. The event is much more than just a game as the top sports league in America organizes a series of festivities to start a new season at the home of its champion team.

The Eagles won the right to host last night’s event after winning Super Bowl LII, one of the most exciting NFL championship games ever, defeating the almighty New England Patriots, 41-33, on February 4.

The fiesta started before the game at Penn’s Landing at Columbus Boulevard and Market Street with the performance of multi-platinum singer and songwriter Shawn Mendes. Then the emotion moved to Lincoln Financial Field, where a torrid rain, which included lightning, delayed the start of the celebrations by almost 45 minutes.

But when the rain stopped fans went crazy. After 52 years, it was time to celebrate the conquering of the first Philadelphia Super Bowl. It was the moment to enjoy the view of the Vince Lombardi Trophy, won by a team that was not the favorite in the National Football Conference going into the playoffs - despite finishing with the regular season best record - and faced New England as the underdog.

Brian Dawkins, one of the best safeties in the history of pro football who played for Philadelphia for 13 seasons, was the event’s host. He welcomed owner Jeffrey Lurie, who brought the Lombardi Trophy out to the field. After the whole stadium (including Dawkins and Lurie) sang “Fly, Eagles Fly,” the 2017 World Champions banner was revealed. Philadelphia finally has its Super Bowl! With their win over the Patriots, the Eagles finished a drought of not winning an NFL championship since 1960.

To open the new season, the Eagles squared off against the Atlanta Falcons, who are also favored to be at the top of the NFC at the end of the year. The game was erratic. Due to the nerves or to a weak preseason, both teams were sloppy and committed 26 fouls! Even referee John Hussey had concentration problems, making the wrong signals when explaining a foul near the end of the contest.

In the end, we witnessed a defensive struggle. Philadelphia took advantage of its opportunities and claimed its first win thanks to two rushing touchdowns scored by London-born running back Jay Ajayi. Although the game did not have the excitement of Super Bowl LII (this time the Eagles won, 18-12), it ended again in a dramatic fashion. With a second left in the clock, visiting quarterback Matt Ryan threw to Philadelphia’s end zone looking for standout wide receiver Julio Jones. But like in the Super Bowl, the Eagles defense prevailed, preserving the victory.