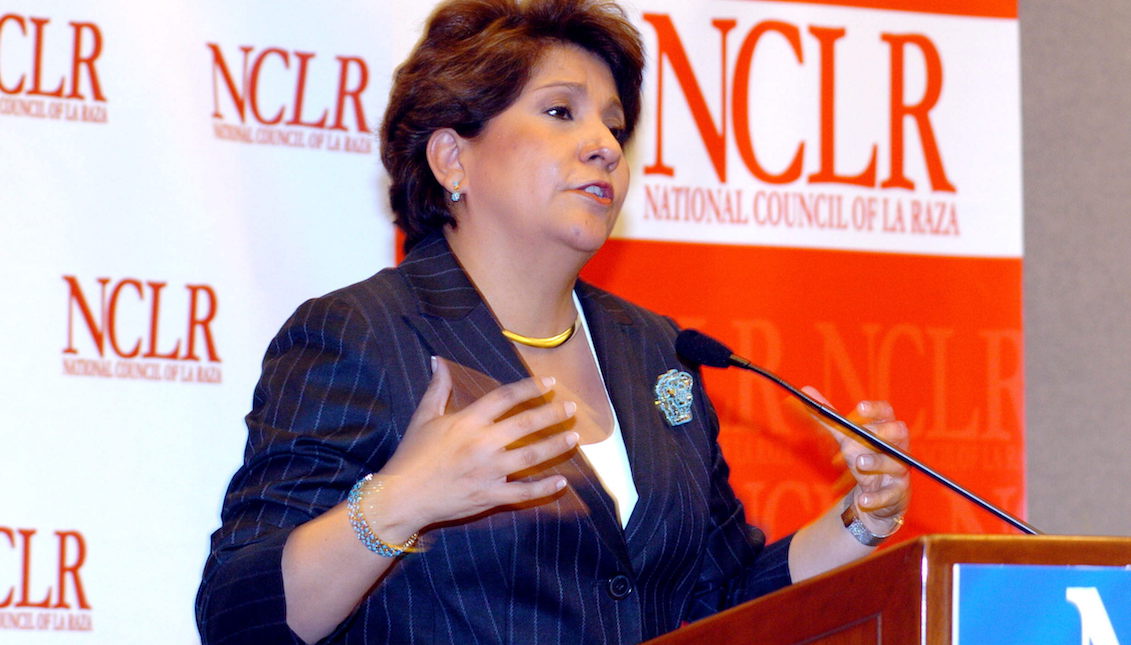 Stock Photo: Janet Murguía, president of the National Council of La Raza (NCLR), one of the leading Hispanic advocacy organizations in the US, during a conference in Los Angeles. EFE/Iván Mejía

NCLR changes its name but its mission is firmer than ever

The National Council of La Raza (NCLR) has decided to change its name to "UnidosUS".

The President and Executive Director of NCLR, Janet Murguía announced this in Phoenix, the birthplace of the group. "We have been working hard on this process for some time. It was our own community that led us to the UnidosUS name" Murguía told NBC Latino.

The group's new proposal raises its scope and embraces more communities, beyond the Latino communities in the United States.

"I believe that in unity there is strength and in strength there is power. We see 'United' as a call to action, but it also does signal a message to join us and come together and do what is best for our country, "continued the Director.

"UnitedUS" stands as a slogan to avoid any doubts that the institution is American, and that its mission seeks to readjust the prospects of identity and local work, especially to attract younger communities.

“Not only are six-in.10 Hispanics millennials or younger, we as a community marry outside of our community more than any other ethnic or racial population. We are changing,” she said.

According to NBC, "the name change comes after years of the organization defending itself against right wing groups that applied a literal translation to ‘la raza’ as ‘the race’ and said the advocacy group for Latinos was pushing a racist agenda”.

La Raza always implied the identification of the Latin community. It was a term coined by the Mexican writer Jose Vasconcelos in his work The Cosmic Race of 1925. For Vasconcelos, the Latin American represented territorial, racial and spiritual factors that could form the "fifth Race "or" bronze race, "a fusion of all races in the world, attempting to" improve the cultural morale of the oppressed race "by posing a possible cosmic race. "

The Southwest Council of La Raza, an organization founded by Herman Gallegos, Julian Samora, and Ernesto Galarza in 1968 then used the term. Their group became a national organization in 1972.

But the organization has had to contend with accusations like those of former Republican Congressman Tom Tancredo, who branded the group "A Latin KKK without the hood."

"There's no question that (our name) is something that we've had to defend," NCLR adviser Lisa Navarrete told The Arizona Republic's editorial board in June. "But ... our main interest is: Is this a name and a concept that's relevant to today's Latino community? It was in 1968. In 2017 or 2018, probably less." AZ Central reported.

The name change would have been under discussion for more than six years, following the protests in San Diego, just outside an NCLR conference, and came into effect today.

This type of transformation in associations as important for the development of the community as NCLR, only shows that the success of their future will always depend on their adaptability.