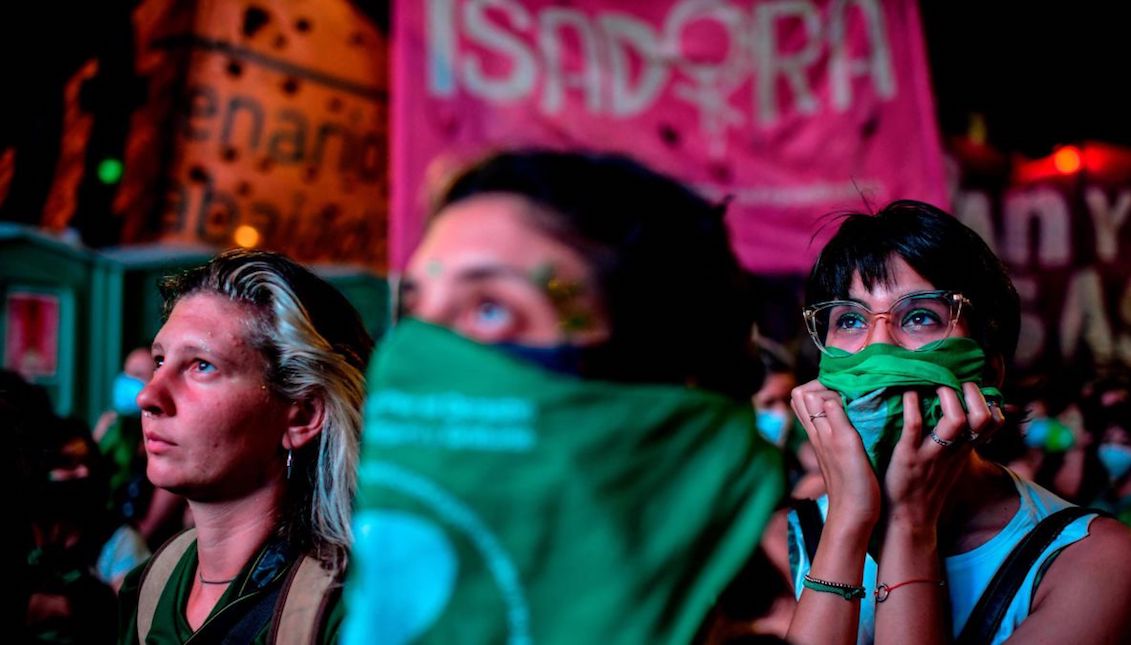 After more than a decade of struggle by the feminist movement, Argentina approves the right to legal, safe and free abortion. Photo: Natacha Pisarenko/AP.

Historical: after several years in the struggle, today Argentina managed to get the Senate to approve the legalization of abortion until the 14th week of…

With 38 votes in favor, 29 against, and one abstention, the legalization of abortion was approved at 4:12 in the morning, after a 12-hour marathon in the Argentinean Senate. Until yesterday, abortion in the country was only allowed in case of rape or if the mother's health was at risk.

Worldwide, approximately 121 million unplanned pregnancies occur each year (data between 2015 and 2019).  Of these unplanned pregnancies, 61% ended in abortion — that is, 73 million abortions per year. According to the Guttmacher Institute report, "Latin America has the highest abortion rate, 44 per 1,000 women. It is from this reality that women have been demanding abortion as a health right.”

"Legal, safe and free abortion" has been the slogan of the 'Green Wave' in Argentina during the last years, one of the strongest feminist movements in Latin America and the engine that has driven this campaign from the citizens.

"I think we are where we are because there was a work of thousands of women who, at different times, began to deconstruct the patriarchy," said the lawyer Nelly Minyersky, (91 years old) one of the most potent referents of the feminist movement.

The Senate session was followed by a sea of green handkerchiefs in the streets adjacent to the Plaza de Los dos Congresos and celebrated with hugs, tears, and emotion.

This historic decision becomes the most significant political success of Argentine President Alberto Fernandez. However, it is the result of women activists’ struggle who put the issue on the political agenda more than ten years ago.

The legalization of abortion in Argentina sets a precedent for other countries in the region fighting for women's rights. This achievement by the Argentine sisters opens the way to improve all women’s situation in the continent.