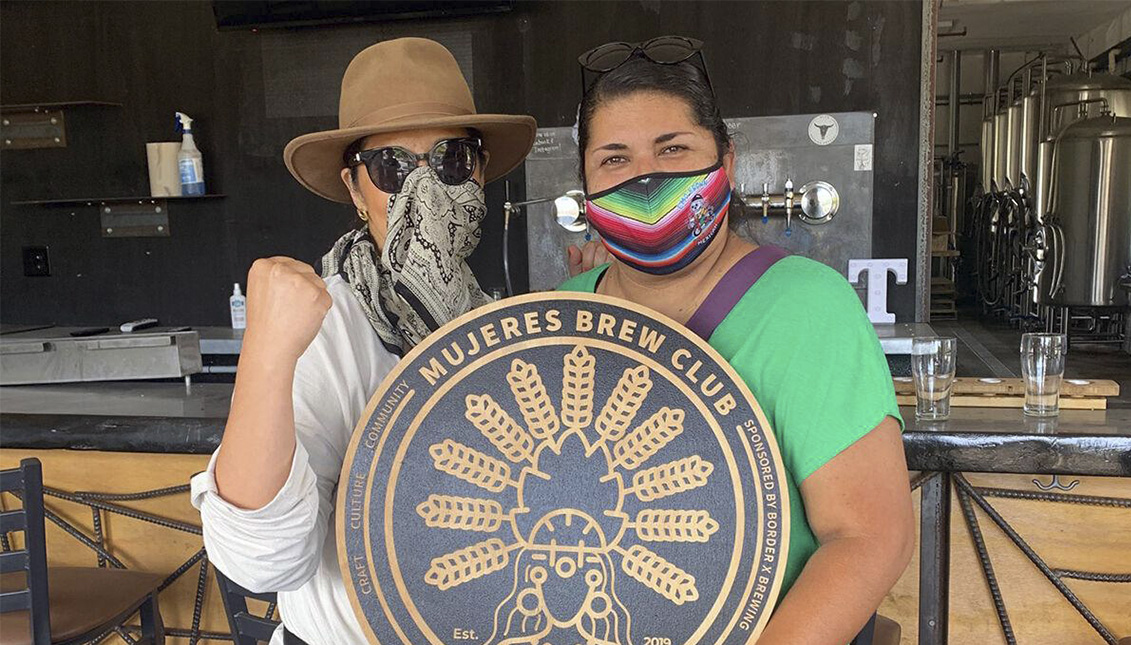 The Mujeres Brew Club of San Diego is the city's first community space aimed at breaking down the barriers to women brewers on the beer scene.

According to a report by the Association of Brewers on gender and race in the craft beer industry, the sector is still dominated by white men: 7.5% of positions are held by women and only 11% of brewers identify by a different race.

However, breweries run by Latina women are creating a new narrative and expanding the culture of beer to be much more diverse without neglecting their male allies. Because if anything unites us, it's the pints.

Like San Diego's Border X — a legendary brewery in the mostly Latino Logan neighborhood — Mujeres Brew Club launched last year in the same area code. Founded and directed by Carmen Favela, Border X's event manager, and Esthela Davila, host of the podcast Indie Beer Show, the idea emerged as a way to bridge the gender and race gap and bring beer culture to the heart of the community. They accomplished their goal last summer by creating a community and learning space open to all backgrounds — especially women of color.

"Women who don't typically drink IPA or other beers for some reason enjoy our beers," Carmen Favela told Pacific San Diego last year, when the club's creation was announced. "We have taken women into consideration and wanted to create a space for them."

Its strength comes from its inclusion since anyone can attend its monthly meetings regardless of whether they are men or women and without necessarily having worked in the industry — as is the case with other societies such as the global Pink Boots Society. Rather, what its founders intend is to be a channel of entry for potential beer lovers without any conditions or judgments.

Although COVID-19 does not facilitate meetings, MBC has managed to avoid the an impediment in addition to working with a concept that is as new as it is necessary: cross-border collaborations.

It is an idea underutilized by the 150 or so breweries in San Diego, most of which are led by white men. They haven't built, as MBC's founders believe, enough bridges with neighboring Mexico.

"This industry is going to see this and say 'this makes sense,'" Favela said in an interview with VinePair. "The breweries are going to want to support and collaborate with us, and they should want to do that."

While Davila said to San Diego Magazine that "the beer club is for anyone who wants to know about beer," it was created specifically for women.

"We transcended that," she said.

Among the objectives of this Latino and inclusive club of beer lovers are educating consumers about the ingredients and styles of beer and its history. They also want to build a platform of professional brewers who can also mediate on issues such as distribution or marketing.

Above all, it is to build a united community in times when a war-like and divisive rhetoric seems to have settled even at the bar.