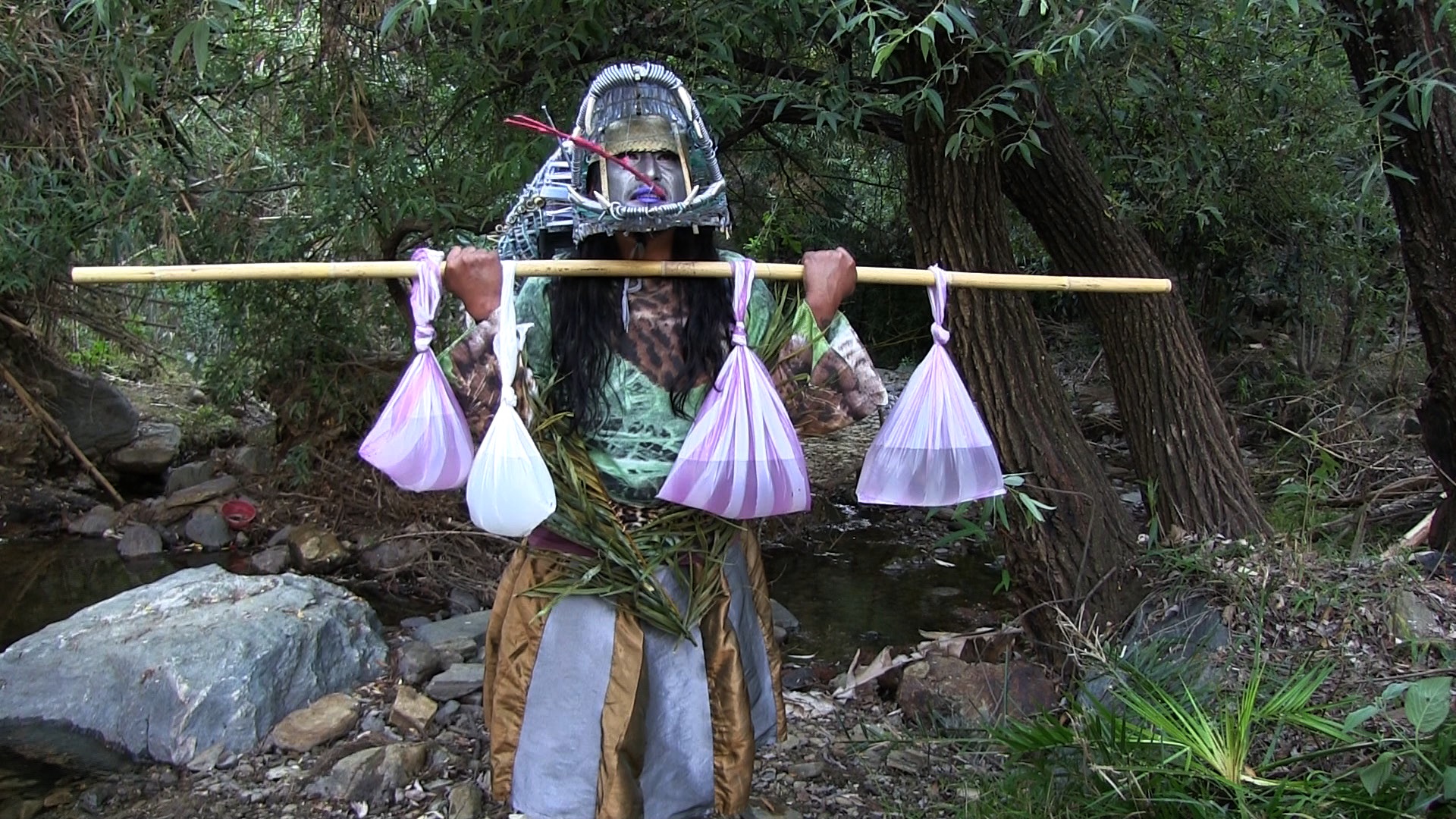 It would've been a crime for Latin America to the Venice Biennial, the most important contemporary art event held every two years in the Italian city. It does so with the participation of artists from 10 countries, each with their own pavilion, who have opted to show the social inequalities, gender violence and political and social challenges facing the region.

The 59th Venice Art Biennale opened to the public on April 23 and will run until Nov. 27. This year, under the motto 'The Milk of Dreams,' a phrase taken from a book of fairy tales by British-Mexican surrealist artist Leonora Carrington, diverse alliances are celebrated, the connection of technologies, bodies, and the earth is explored, and a post-human future is reflected upon with women increasingly present.

Guatemalan artist Christian Escobar, known as 'Chrispapita,' participates with the painting Inclusion, a canvas seven meters wide by 2.8 meters long that recreates a dozen characters representing the past, present and future of the country. They show how together, they can promote progress in Guatemala, the artist told EFE.

The Mexican pavilion is committed to criticizing the consequences of colonialism under the title Hasta que los cantos broten and features the work of four artists: Fernando Palma Rodriguez, Santiago Borja Charles, Mariana Castillo Deball and Naomi Rincon Gallardo, whose work explores world views, technologies, consumption, gender roles and other current issues from a non-colonial point of view, according to Vogue Mexico.

The title of the exhibition comes from the "Poem of Temilotzin" ("Temilotzin icuic"), an ode to the celebrated Mayan leader and military commander who led the failed defense of Mexico against the Spanish conquistadors.

The exhibition takes its name from a Latin term used in cartography to refer to regions that have yet to be explored, mapped or documented, unknown territories waiting to be discovered, exhibition curator Ramirez de Arellano Conde told Prensa Latina.

Bolivia arrives at the Biennial with Wara Wara Jawira (River of Stars), where the Warmichacha collective shows its respect for Andean culture and ancestral wisdom, reports EFE.

The work shows respect for Andean culture and ancestral wisdom. The project presents a collective vision that investigates the peripheries and cracks of the dominant discourses and proposes a different starting point, an introspective paradigm, from a living and ancestral culture, with a mystical and animistic worldview, as is the Indigenous worldview. It hopes to reinterpret the contemporary vision of art, celebrating the encounter and diversity.

Wara Wara Jawira represents the Milky Way and challenges the western vision of space and time, presenting a mystical vision, with the south of the world as the starting point, according to Abyayala TV.

Venezuelan artists Palmira Correa, Cesar Vazquez, Mila Quast and Jorge Recio Venezuela make a conceptual journey about the body and art in Earth, Country, House, Body, which contains paintings about the city of Caracas, and the Liberator Simon Bolivar, among others.

The four artists try to awaken in the visitor who comes to this pavilion, located in the Venetian Gardens, an internal debate on the role played by the body and its relationship with the Earth, the communities, and the values of today's societies.

Curated by Camila Marambio, Chile has transformed its pavilion into a large peat bog, those large extensions of what looks like a field of colorful grasses, especially red and dotted with green, without trees and small lagoons, typical of Patagonia. In this way, he asks human beings to preserve these "complex ecosystems," essential in the fight against climate change, as they capture carbon from the atmosphere and store it.

"Hol-Hol Tol" means "heart of the peat bogs" in the Selk'nam language, the original inhabitants of Tierra del Fuego in Patagonia. The curation project seeks to give visibility to these important ecosystems in the context of climate change with a repair process based on the union between science, fiction and traditional knowledge.

According to EFE, artist and activist Herbert Rodriguez addresses issues such as racism, violence, rights and human dignity in Peace is a corrosive promise for the Peruvian pavilion.

Newspaper covers with headlines such as "Let's fight against the plague of feminicide" alternate with magazine clippings showing naked women; but there is also harsh criticism of the Church, and news about the sexual abuse scandal of the Catholic group Sodalitium is presented next to photographs of Popes John Paul II and Benedict XVI.

"This is not fine art; this is punk," wrote art critic Tom Seymour in an article in The Art Newspaper in reference to the Peruvian pavilion, one of the Biennial's must-sees.

Uruguay's presentation is centered on the work of Uruguayan Gerardo Goldwasser, Persona, where he turns the tailoring trade into art. His piece is based on four works that pay tribute to this profession, so closely linked to his past, since his grandfather was able to survive in the Nazi concentration camp of Buchenwald thanks to the fact that he made uniforms for the Germans.

"Goldwasser proposes a link between art, tailoring and violence, showing that craft of drawing subjected to precise rules and linking it to memory and trauma from his own family history," explained the country's National Director of Culture,= Mariana Wainsteinto to La diaria. "Everything has to do with tailoring because the artist received a manual from his grandfather, who was a tailor. His grandfather was imprisoned for 16 days in a concentration camp and he was saved by making Nazi army uniforms. Then he managed to get to Uruguay with his whole family."

According to Infobae, Heller's creations, humans, insects or imperfect animals face situations in an eternal return, prisoners of infinite time loops, in a feana that can join the experience of everyday life. The clock marks the agendas that seem to be repeated day after day.

The work combines wordplay and images of body parts, such as ears, which serve as a gateway, inviting the public to listen carefully to the problems of the world, bloody tongues, open mouths and dilated eyes to denounce social ills, such as violence and poverty.