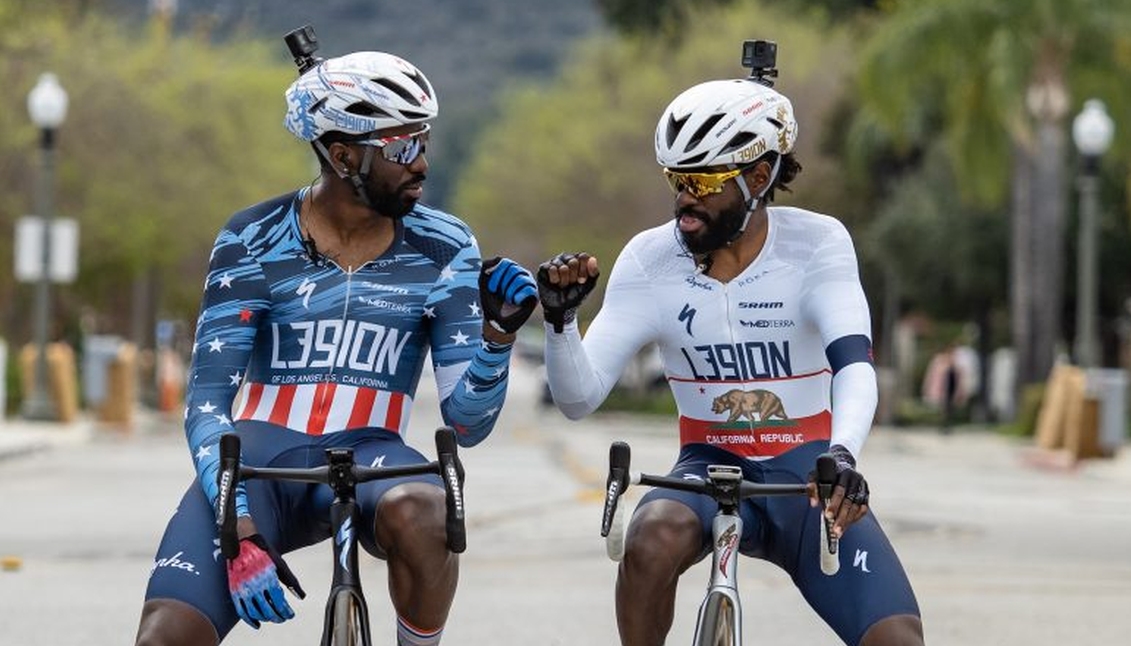 The L39ION squadron: Pedaling for diversity

Brothers Justin and Cory Williams strive to take their cycling team to the next level while showing the potential of diversity in the sport.

Echoes of the civil struggles for the rights of Black and Brown people's lives can be heard everywhere in sport in 2020. Soccer players kneel before matches and basketball players let their feelings be known in the press. Yet in the 2020 Tour de France, there was only one Black cyclist, Kevin Reza, and no one seemed to take notice.

What does the cycling world look like when it comes to diversity?

The reality is that it is still a sport monopolized by white cyclists and the brands that sponsor them stay in the same bubble.

Justin Williams participated in the Tour de Oman and another event in Qatar before returning to the United States as one of its most prestigious cyclists. His brother Cory is also famous, having won up eight races in a row. Both Black cyclists were fed up with the scene and needed a change.

That's why they founded L3GION of Los Angeles, a cycling team that seeks to support Black cyclists and to encourage them to participate in future competitions. In statements to Cycling Weekly they said "it’s difficult to make change and to try and drive social diversity in cycling when you look around you and quickly realize that finding someone of color in the sport is incredibly difficult."

"For all three Grand Tours which were completed this year, less than 1% of the peloton was a Black rider," they continued.

Since, L3GION has grown and the brothers recently announced the launch of their first continental team and the addition of two women riders, Skylar Schneider and Kendall Ryan. Both were excited about the opportunity and the platform created by the brothers.

Karol G to perform only concert in Europe at the Diversity València Festival
July 8th, 2022
Rodrigo Ribera d’Ebre: "There will always be a population that will refer to me as Latino"
July 5th, 2022
The Los Angeles Latino Film Festival is back and better than ever
June 1st, 2022

"As a professional athlete and a woman, I feel empowered to use my platform and my position on the L39ION of Los Angeles to make a difference," said Schneider.

At the moment, the team has 14 riders, 10 that are professional, and bring together friends, but also old rivals. In an extensive interview, Justin said that "L39ION doesn’t force riders to conform to white norms" and explained the helplessness he experienced as a young man in the sport that he hopes to overcome.

They will still have to face an incredible amount of difficulties but, as thee team grows and the commitment to diversity increases, there will be a greater reward in the social impact of the attitudes in the sport. At the moment, it's overcoming one problem at a time.

"It’s a lot of pressure, when you start doing this thing, everyone wants it to be done overnight. The sport is over 90% white, so it’s hard to find people of color who are at the level that we’re at. We win the biggest races in the States, so we have to uphold that standard. People want us to move a certain way, but it doesn’t matter what they want,” said Williams.