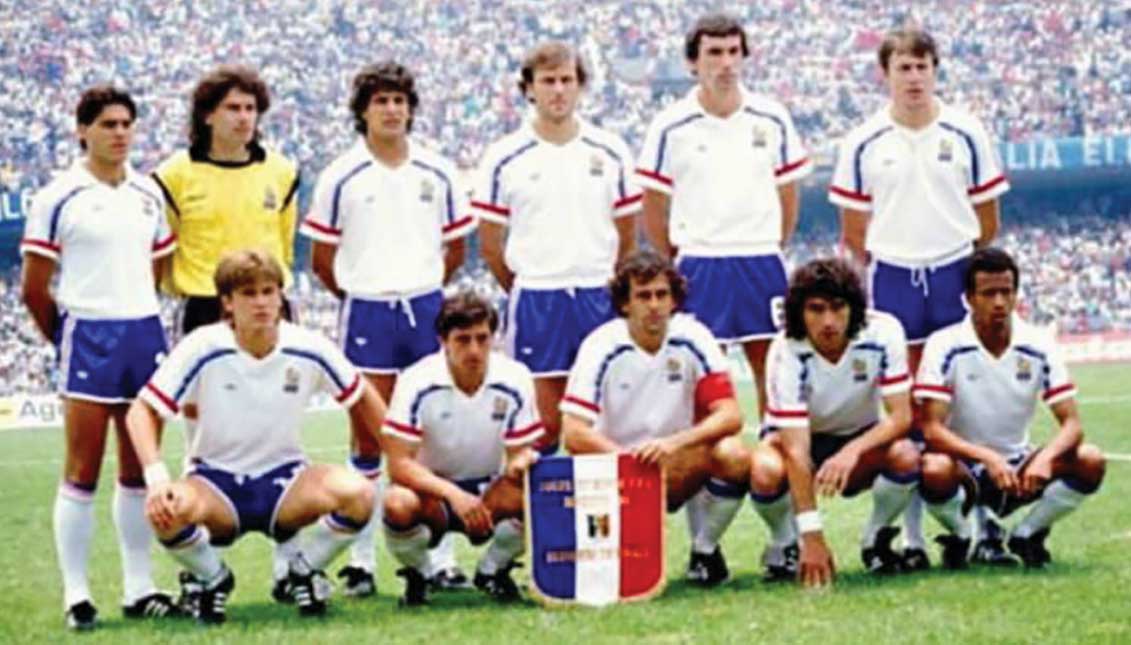 France's selection for the 1986 World Cup in Mexico.

Immigration has changed the course of European soccer

France’s World Cup win proves how migratory movements have shaken up and improved the beautiful game.

In the 1986 World Cup held in Mexico, France and Belgium finished in the top four. Thirty-two years later, the situation was repeated (both squads squared off looking for a spot in Russia 2018's final game), but things were very different, mainly in the way team rosters were formed.

Puebla, a Mexican city located right below the volcanoes, witnessed France’s defeat of Belgium, 4-2 in overtime to claim the 1986 World Cup third place. In those two squads, immigrant players could be counted with the fingers of one hand. France included two among its top lineup (midfielders Jean Tigana from Mali and Luis Fernández, who was born in Tarifa, in the Spanish province of Cádiz). Belgium did not start any.

In the semifinal contest that both nations played in Saint Petersburg mere days ago, we witnessed the huge change produced in European soccer in this matter. As always, sports present a reflection of our community. Currently in Europe, different kinds of people coexist every day, including those whose ancestors are from their homeland and those whose parents – or themselves - came from abroad looking for an opportunity in life. More than 50 percent of the players who started in the semifinal contest had an immigrant background (12 of 22) with France lining up seven and Belgium five.

The participation of players from different backgrounds has fortified the countries that have not hesitated in including them in their squads. France has led the way, making a team that was not among the best in a world powerhouse, which claimed its second World Cup crown defeating on the way top nations like Argentina, Uruguay, Belgium and Croatia. In their only world cup win before Russia’s tournament, the French were led by two sensational midfielders whose families ended up in the country through migration: Youri Djorkaeff (Armenia) and legendary Zinedine Zidane, whose parents were born in Algeria. In the final game against the brave Croatians, that ended up with France winning, 4-2, Paul Pogba and Kylian Mbappé scored key second-half goals. Pogba’s ancestors came from Guinea and Mbappé’s from Cameroon.

But France has not been the only European country to follow the process. The same has happened in Belgium. Since players whose parents migrated to the Old Continent have been regulars in the Red Devils lineup, the squad has improved greatly, gaining strength and speed. Key players include Axel Witsel (Martinica Island), Marouane Fellaini (Morocco) and Romelu Lukaku (Congo). Similar situations have helped Switzerland and even England to improve their national teams. In fact, the English qualified this year in the World Cup semifinals for the first time since 1990.

The self-improvement stories of men who left their native countries and overcame many hurdles, fighting for a better life for them and their family are impactful. Here are two excellent examples:

Lukaku, who is already Belgium’s national team all-time scorer, still remembers when he was young, running always behind a ball, and his mother mixed milk and water “so they could have a little more…”

N’Golo Kanté, the small French midfielder, whose parents arrived in Paris from Mali, spent his childhood picking up scrap metal in the City of Light. Now, he plays for London’s Chelsea and, after a great World Cup performance, is followed closely by all European top clubs.

It is odd that before the tournament started in Russia, we were all thinking that Messi, Neymar or Ronaldo was going to end up being World Cup heroes Now after the huge French success, we can conclude team effort has been much more effective than individual brilliance. The participation of immigrant players has been key. Unfortunately, in many countries, people like them are still considered second-class citizens by their respective governments.