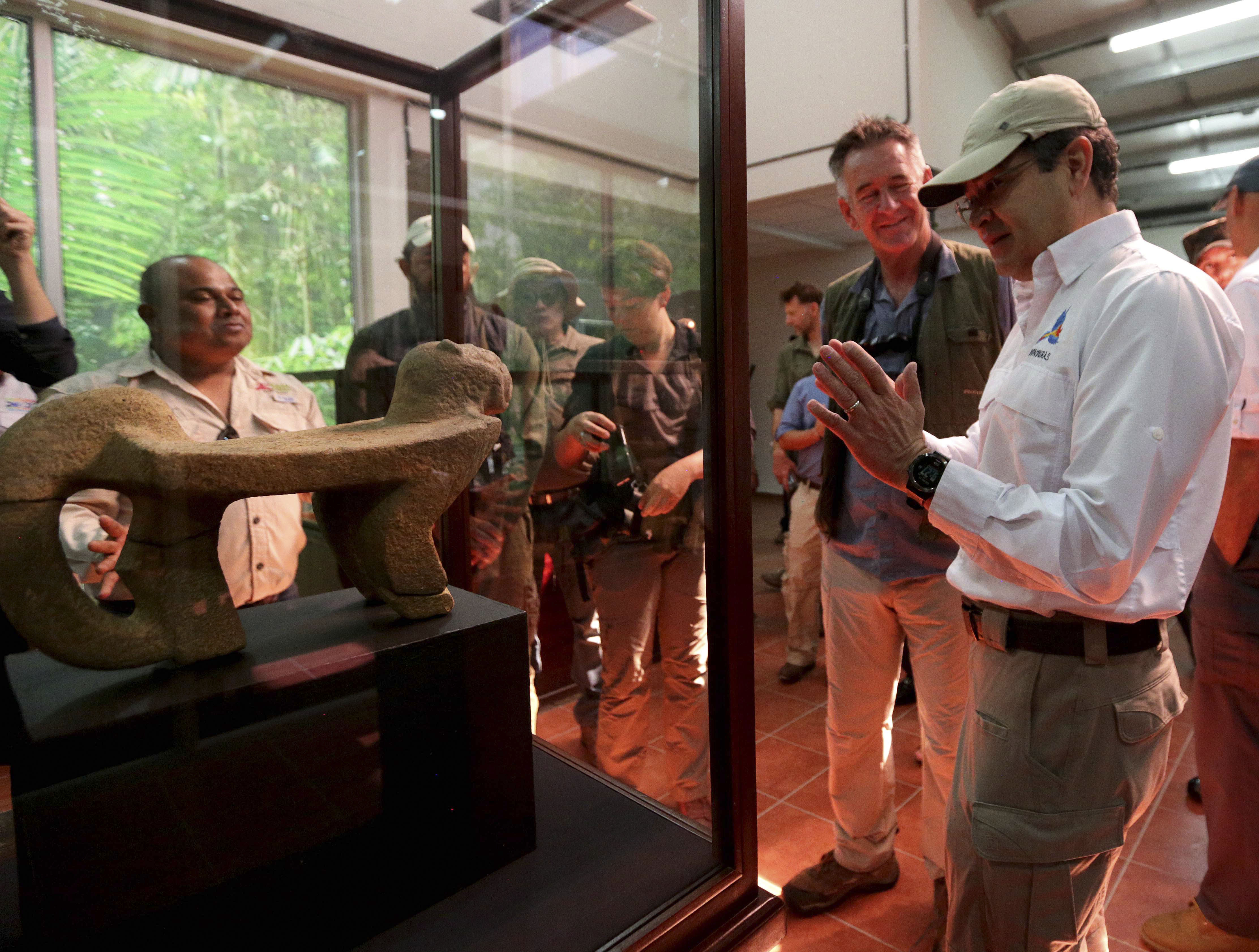 Photo provided on Mar. 25, 2018 by the Honduran Presidency showing President Juan Orlando Hernandez during the grand opening of a center for the study of artifacts found at the White City archaeological site in the Mosquitia region in Honduras, Mar. 23,…

Honduran President Juan Orlando Hernandez during the weekend inaugurated a center for the study of the artifacts found at the White City archaeological site in the Mosquitia region in eastern Honduras.

"Today we inaugurate something that can be touched and seen," the president said during the facility's grand opening on Saturday, adding that he expects that the center will create much international interest in the country.

Hernandez toured the Archaeology Research Center - which is located in the El Aguacate sector, part of Olancho province - accompanied by British wildlife TV presenter and author Nigel Marven, with whom he later went to Kaha Kamasa ("White City," in Misquito dialect).

He said that Marven - who arrived in the country on March 15 - decided to spend the night at White City with the purpose of beginning his documentary about the Central American country's flora and fauna.

Hernandez said that he was "impressed" by all the "virtues" that Honduras has to offer, adding that White City "is but a part of the wealth" that the country must make known to the world.

He stressed that the tourism sector is becoming "a potential" for his country, which is attested to by the "high levels of hotel occupancy" during Holy Week.

"Kaha Kamasa opens up many opportunities for us," he said. "And Honduras' path to economic growth - as (outlined) by Programa Honduras 20/20, with its six pillars of development - will allow (us) to achieve the progress we need to move forward."

The research center will also serve as an educational tourism destination, as visitors will be able to become acquainted with the scientific procedures applied in the study of the archaeological artifacts found in 2015.