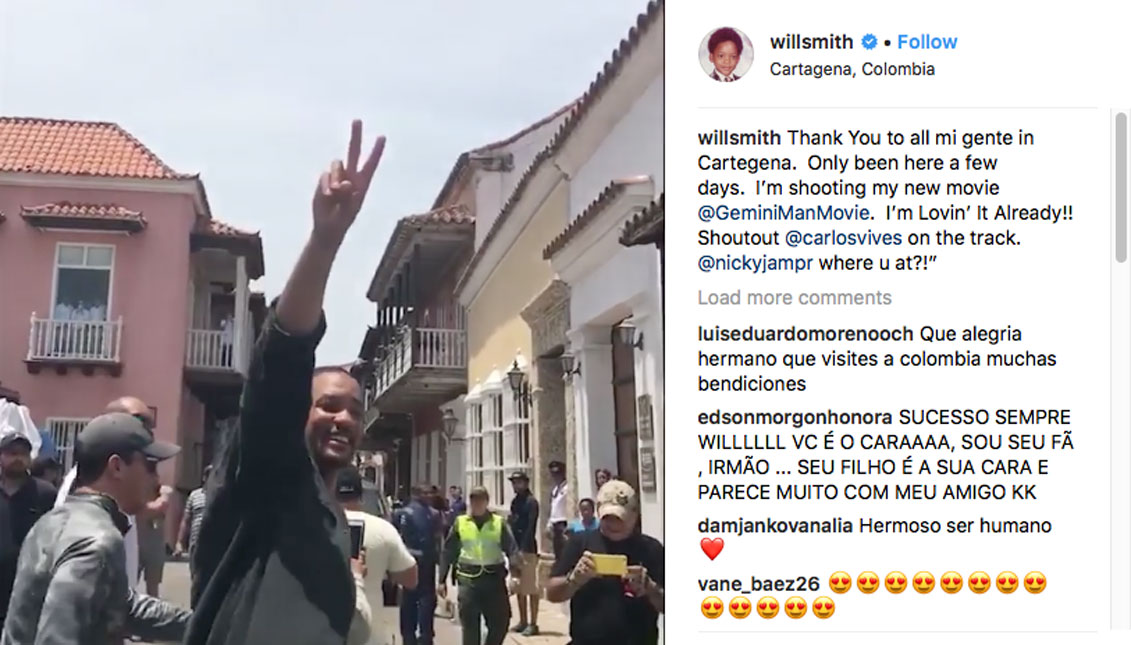 World-renowned actor and rapper Will Smith, remembered in several Latin American countries for his 90’s show, The Fresh Prince of Bel-Air, is in Cartagena,…

World-renowned actor and rapper Will Smith, remembered in several Latin American countries for his 90’s show, The Fresh Prince of Bel-Air, is in Cartagena, Colombia, filming scenes from his upcoming movie Gemini Man.
The actor, a native from Philadelphia, arrived in Colombia last Saturday, but his presence in the ‘walled city’ wasn’t noticed until two days ago thanks to a video posted on his Instagram account.

In the one-minute video, to the beat of ‘La Gota Fría’ - a vallenato composed in 1938 by maestro Emiliano Zuleta, one of the last minstrels of the Colombian genre, and popularized in 1993 by Carlos Vives - Smith is excited and surrounded by crazy fans at his arrival in the Caribbean city.

In a Spanish that any American ambassador in Latin America would envy, the Philadelphian actor and rapper said he’s “filming a movie in this beautiful city.”

It is expected that Smith's visit to Colombia will last at least two more weeks. The shooting of Gemini Man, of the two-time Oscar winner Ang Lee (Life of Pi, Brokeback Mountain), will be extended until next May 10 in several locations in Cartagena.

In 48 hours, the video has reached more than 6.6 million views and almost 74,000 comments. Among them one of the Colombian singer Carlos Vives, who invited the Philadelphian to join him in the Festival of the Vallenato Legend, which will take place in the city of Valledupar between April 25 and 30.

Will we see Will Smith in his next video with a guacharaca in hand, wearing a guayabera, and a sombrero vueltiao?

Everything is possible with this actor who, in almost 30 years of artistic career, has been known to win the hearts of millions around the world.