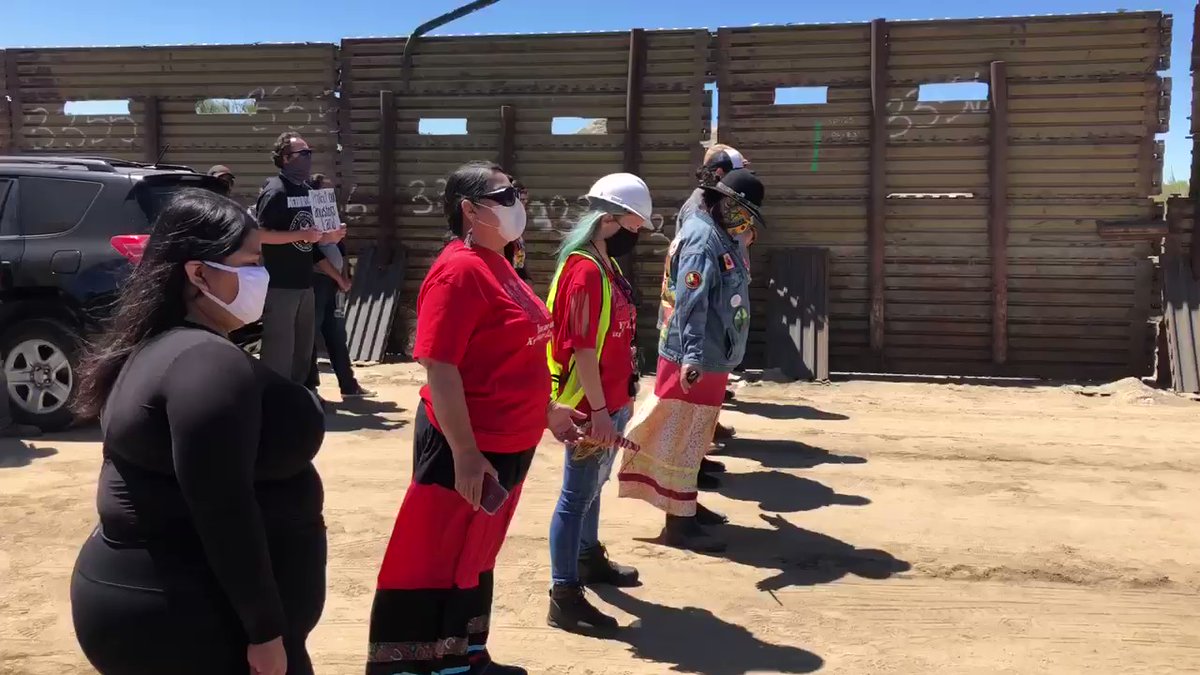 One tribe at the border between California and Mexico stood off with construction crews.

The Kumeyaay people are one of the main tribes who have lived in the region for thousands of years.

About 100 community members sang and chanted peacefully to voice their concerns about explosives being used to destroy portions of the old border fence, thus destroying sacred artifacts and ancestral remains.

Black Lives Matter and American Friends Service Committee also participated in the protest in a show of solidarity with local Native Americans.

“This particular action is not about stopping a border wall. This action is about respect for the ancestors and the land,” said Olympia Beltran, a member of the Yaqui Nation.

Campaigner Pedro Rios saw the protest as a temporary victory, but warned that “artifacts in the area will be permanently destroyed & desecrated by border wall construction.”

“The Kumeyaay shouldn’t have to put their lives at risk during a pandemic in order to prevent the desecration of an ancestral burial site. We should all be outraged this is happening at our border right now,” she wrote.

One Kumeyaay tribe member told The Tribune “it would be just about as disrespectful as us going into Arlington Cemetery and setting off explosions.”

In the Kumeyaay tradition, artifacts and human remains belonging to their ancestors are sacred and need to be protected, preserved and undisturbed. The California Environmental Quality ACT (CEQA) requires that Native American cultural resources be protected.

President Trump signed an executive order to protect national monuments from being destroyed or taken down. Shouldn’t he also understand the Kumeyaay people’s concern for the erasure of history?