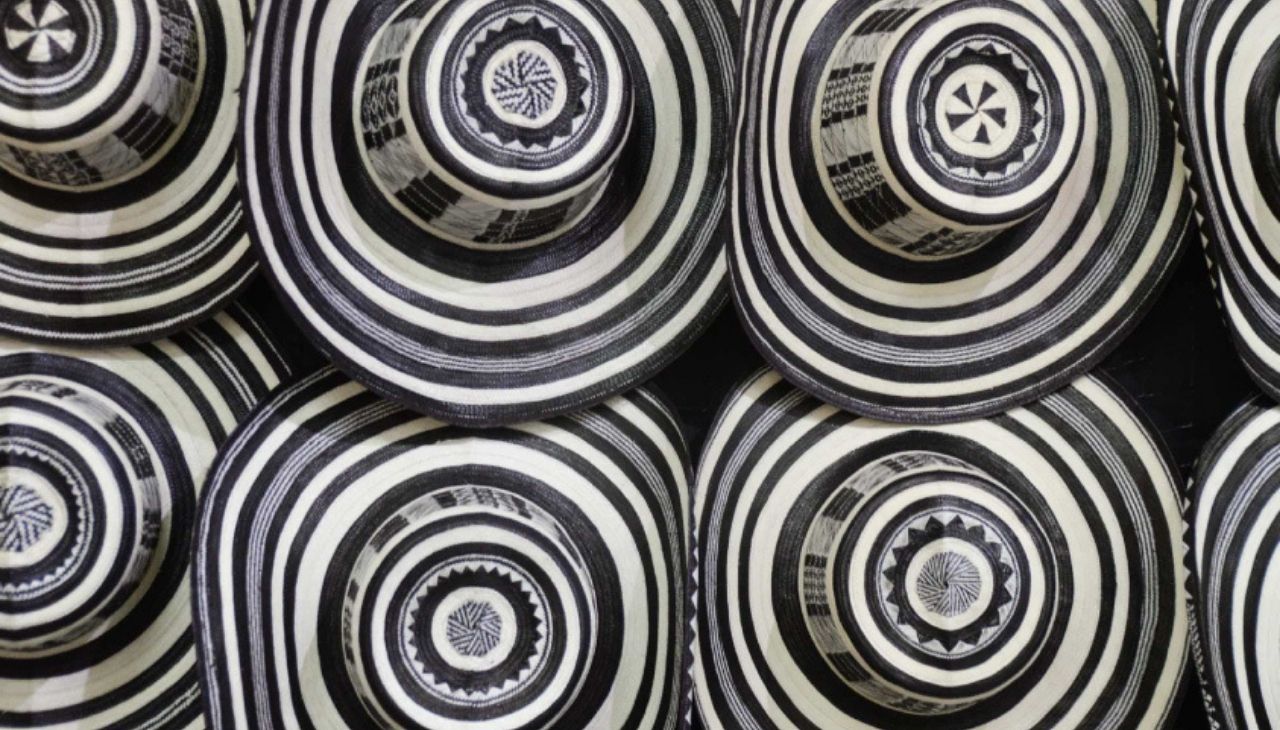 The Sombrero Vueltiao is one of the most famous handicrafts made with cañaflecha by the Zenú. Photo: Artesanías de Colombia

Most of the handicrafts that can be found in the Caribbean coast are made with the Zenú weaving, which was recognized as Cultural Heritage.

The weaving of cañaflecha, made by the Zenú indigenous people of Colombia, was included in the list of intangible cultural heritage of the country by the National Council of Cultural Heritage.

This weaving, fundamental to the Zenú identity, is the most widespread cultural practice in the reservation, their main source of income and part of the core of their cultural legacy.

Cañaflecha weaving is a traditional knowledge that has survived since pre-Hispanic times and is an aspect of ethnic reaffirmation and of resistance and identity, as well as other practices and crafts that are also part of the manifestation, including traditional cooking, basketry and the construction of their own houses.

In this community, the concept of "braiding" is the heart or center of what determines them as a community different from others (cosmogony and cosmovision) and is present in all areas of their social and cultural life. The Zenú indigenous people speak of "braiding dreams, braiding social organization or braiding thought".

The title obtained as Intangible Cultural Heritage of the country was awarded as part of the project "Cañaflecha braiding, ancestral artisanal practices and knowledge of the Zenú identity" of the Zenú Indigenous safeguard of San Andrés de Sotavento, located in the departments of Córdoba and Sucre.

"The declaration of cañaflecha braiding as Colombian heritage is a recognition to the communities of the Zenú Indigenous Resguardo of San Andrés de Sotavento of Córdoba and Sucre, to their ancestral practices and knowledge. I want to highlight the invaluable work developed by the Cabildo Mayor Regional del Pueblo Zenú and the bearers to strengthen and promote new actions to ensure the safeguarding of this manifestation," said the Minister of Culture, Angélica Mayolo.

This practice, which is used to weave the famous Sombrero Vueltiao and other handicrafts such as bags, jugs and straps, also plays an important role in the conservation of biodiversity and traditional knowledge about nature, due to the use of plant species and their properties in a territory that has also been declared free of transgenics in the country.