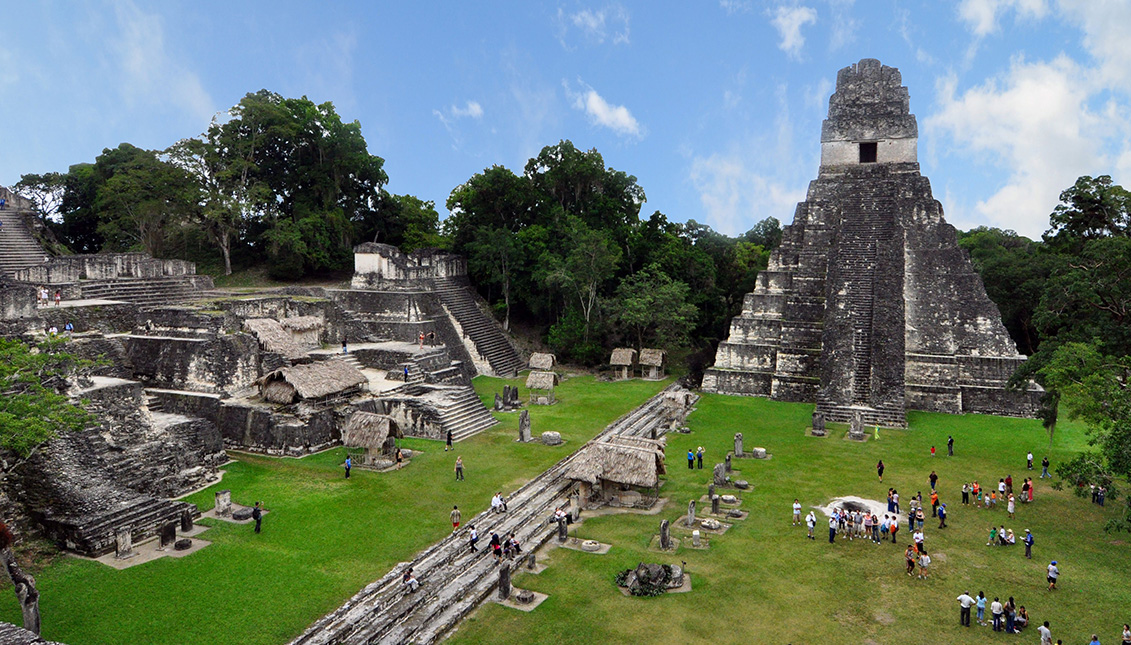 Police recovered several pieces of pre-Hispanic pottery from a craft shop in Flores, a town near the popular Mayan ruins of Tikal and Uaxactun.

Mayan Heritage at Risk, How The Black Market is Sacking Guatemala

While traffickers know all about it, what can a country do against the plundering of its culture when more than half of its population still lives in poverty?

The Mayans prophesied the end of the world for 2012, and it was also expected for 2017. What none of their myths about the apocalypse could foresee is what would remain of the ruins of their temples and the tools of this civilization. Because the black market of pre-Columbian pieces is still, despite the efforts of the impoverished Guatemalan government, a profitable business for smuggling.

According to El Periódico, this February the Cultural Heritage Crimes Prosecutor's Office recovered several pieces of pre-Hispanic pottery and obsidian and flint knives from a craft shop in Flores, a town near the popular Mayan ruins of Tikal and Uaxactun.

An isolated event, some would say. But according to an investigation conducted by Insight Crime, this black market –that began in the 1960s, when interest in pre-Columbian art began to grow worldwide– remains just as prosperous, despite the fact that the plundering of heritage is punishable with up to 15 years in prison.

The reason? The lack of budget dedicated to the conservation and restoration of these otherwise much visited places.

In a country where more than half the population lives in poverty or extreme poverty -about 10 million people- its exhausted government was barely able to devote 137 quetzals (the equivalent of $17.8 million) last year to preserving a historic asset that is also its biggest tourist attraction. A "derisory" figure when compared, according to Insight Crime, to the 43 million dollars allocated for this purpose by the Mexican Department of Culture.

According to Guatemalan legislation, archeological objects are the property of the government and its "responsibility".

Made the law, made the trap

Looters of the archaeological ruins are known as "huecheros". When the Civil War broke out in Guatemala in the early 1960s, the excavations were abandoned and rural communities saw the opportunity –the last resort– to make a business out of the historical artifacts of their Mayan ancestors.

Thus began a black market where the pieces were extracted from the excavations and sent to intermediaries in countries like Mexico and Belize, who sold them abroad using helicopters or even established agricultural and military routes.

Today, despite the fact that controls have been extended and legislation tightened, smugglers have known how to circumvent airport security: by plundering smaller pieces - jewellery, tablets, sizes... - that can go unnoticed. But there's more...

Some 10 million people live in poverty or extreme poverty in Guatemala.

The researchers warn that the registration of pieces is 'tricky', since "collectors can avoid the legal risk because once a piece is entered in the national registry, its possession is legalized."

If in 2013 the country's director of cultural heritage, Carlos Mera, claimed that Mayan relics had been stolen from at least 3,000 Guatemalan archeological sites, two years ago things were no better: Up to six excavations had been victims of looting, according to prosecutorial sources consulted by IC.

The precautions and awareness of museums and private collectors are not enough. Pieces illegally stolen from European auctions have also been found.

However, where they abound is in craft shops like Flores', even if the government asks that their purchase be avoided, which is punishable by fines amounting to $1,300.

The question is what a country can do to protect its heritage when the social problems it faces are as enormous as in the case of Guatemala.