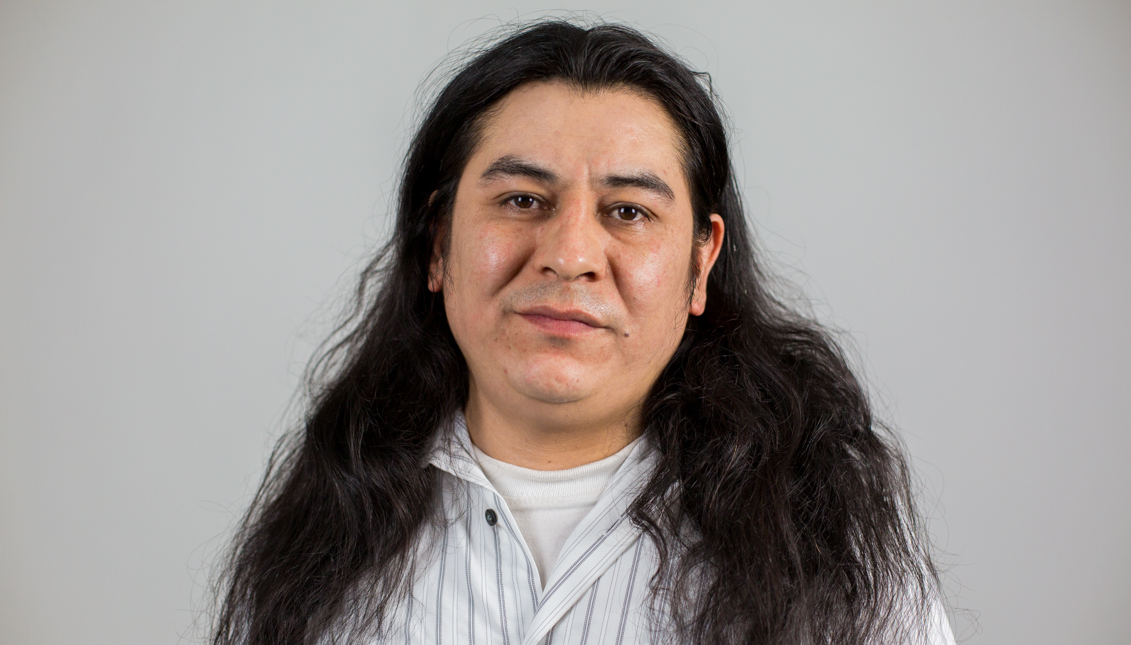 A conversation with Trump "would be a waste of time”

"Brujo de la Mancha" is co-founder of Ollin Yoliztli Calmecac, an organization that promotes the history and culture of native communities from Mexico.

Calling him by his first name -Francisco Javier Hernández Carvajal- is a formality that he doesn’t like as much as being called by his alter ego’s, "Brujo de La Mancha"; a nickname that he got while wandering through the streets of his native Mexico City and Philadelphia.

This Mexican immigrant, 40, who has lived half of his life in Philadelphia lives up to his title.art “brujo,” or sorcerer, and part Quixote, he is a madman in a society where the sane ones are called to follow the established rules of success and good manners.

"Brujo" came to Philadelphia in 1998 drawn by love and opportunity. Love left him very soon after, but opportunity stayed with him even in the most difficult moments: when he was homeless; when he had to eat what others left; and everytime he has been "unemployed". But even in  the toughest moments, he never lost the chance to develop his career as a multifaceted artist.

A self-taught artist, “Brujo” does a bit of everything: photography, performance, ancestral dances, sculpting, painting, and, above all, teaching. He is the executive and artistic director of Ollin Yoliztli Calmecac, an organization dedicated to promoting the history and languages of the indigenous peoples of Mexico, a project through which "Brujo" and his team make an invaluable cultural contribution to Philadelphia and the United States.

What is an American immigrant?

To me to be an American Immigrant doesn’t really mean anything, because when I go back to my roots, to the people who I am, my family was here before any borders were created.

The problem is that people like my ancestors or the natives of the American territory - I mean the continent not the United States – when we come to United States we become “illegal immigrants”, when we are 50, 75, 90% indigenous people of this continent.

So to me, that idea is like now you try to classify me, to put me in a box like anybody else, and I have to think in your concept of Hispanic or Latino. When I was in Mexico, you are just Mexican. When you are in Peru, you are Peruvian.

If we emphasize on Hispanics or Latinos, we talk about people from Europe: the Spaniards, the Portuguese, the French, the Italians.

How many people [do] you have in South Philadelphia, who are native from Mexico and they have to say “I’m Hispanic or Latino,” when they cannot really speak castellano, because the first language for them is Nahuatl, not Castilian.

So to me this campaign of AL DÍA is wonderful, but… my family was here before these problems were being created.

Home for me is all around. I am not attached to the idea of one nation. Home would be a place where I don’t have to struggle with this so-called problem of immigration or being discriminated for something that I have not done.

Home can be anywhere you feel safe and I feel ok in Philadelphia, but still I want to move.

So, to me, being in Mexico and now being here… this continent is my home.  But if I call something home, Philadelphia has been my home for the past 20 years.

When I came to Philadelphia in 1998, the whole  city looked like an after-war zone, abandoned houses falling apart. And it took a few years for me to start seeing more Mexicans in Philadelphia, and at the same time start seeing this houses [getting] fixed.

So, what are the contributions of all these people from South, Central America and Mexico? Their hands, their labor.

Philadelphia would be the same as 20 years ago if it were not for the Mexicans who, for seven or eight dollars an hour, rebuilt many houses.

But then we have other types of contributions: people like me, who would work in the schools… we teach to the new generations (non-Mexicans and Mexicans) about many different types, sometimes Mexican cultures, sometimes native culture.

We have all theses businesses in South Philadelphia, that somewhere somehow is not an Italian Market anymore. It has that name, but it looks like La Merced, a huge market from Mexico City.

If Donald Trump were in front of you, what would you say to show him that you are as valuable as any other citizen?

I would tell him that I love him. He needs love, he's a miserable man. When you are ignorant, all you create is misery.

But how would you convince him that you are as important as any other person in this country?

I have nothing to tell him. He can call the Pennsylvania Council on the Arts and ask for me, but I don’t have to prove anything. In other words, [that conversation] would be a waste of time.