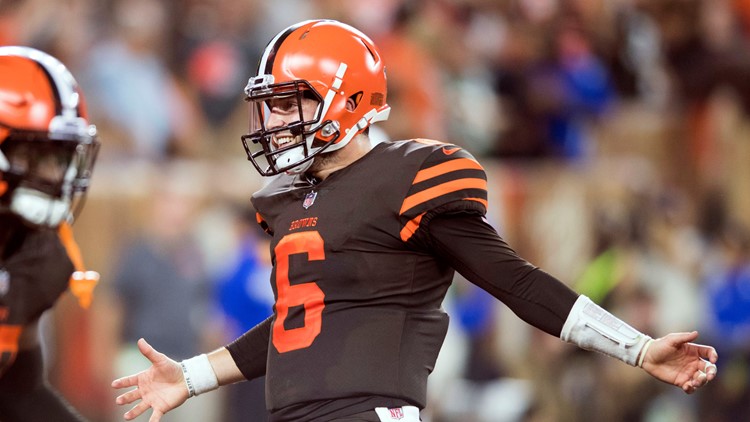 The Cleveland Browns overcame a 14-0 second-quarter deficit to pick up their first win in nearly two years, snapping a 19-game losing streak.

Cleveland Browns fans finally get to rejoice after a team win!

Things weren’t looking too good when the team’s starting quarterback, Tyrod Taylor, went down with a concussion during the second quarter with the team down 14-0.

But then this year’s No. 1 overall pick of the NFL draft, Baker Mayfield, entered the game for the first time in his professional career and things started to pick up.

From that point on, the Browns went on to outscore the Jets 21-3, as Mayfield led four scoring drives and completed 17 of 23 passes for 201 yards, en route to the 21-17 win. It was the team's first season win since Christmas Eve 2016, snapping a 19-game winless streak.

Just as the Ohio city itself has faced challenges in recent decades, Cleveland professional sports teams have notoriously struggled to the tune of very little success over the last 60 years. However, there has been a bit of a resurgence.

Coinciding with the 2014 return of LeBron James, the Cleveland Cavaliers had made four straight trips to the NBA Finals, including the city’s first major championship in 62 years, in 2016. The Cleveland Indians have clinched American League Central division for the third straight year.

And now the Browns have their first win of the season.

The Browns’ 1-1-1 record after Week 3 constitutes the best record for the team after three games since 2011. After going a combined 1-31 over the past two seasons, Browns fans finally have a reason to cheer and deserve the opportunity to celebrate this win.

Who knows? Perhaps the Browns may go on a win streak or finish the season with a winning record. This could be the start of something big for the team.