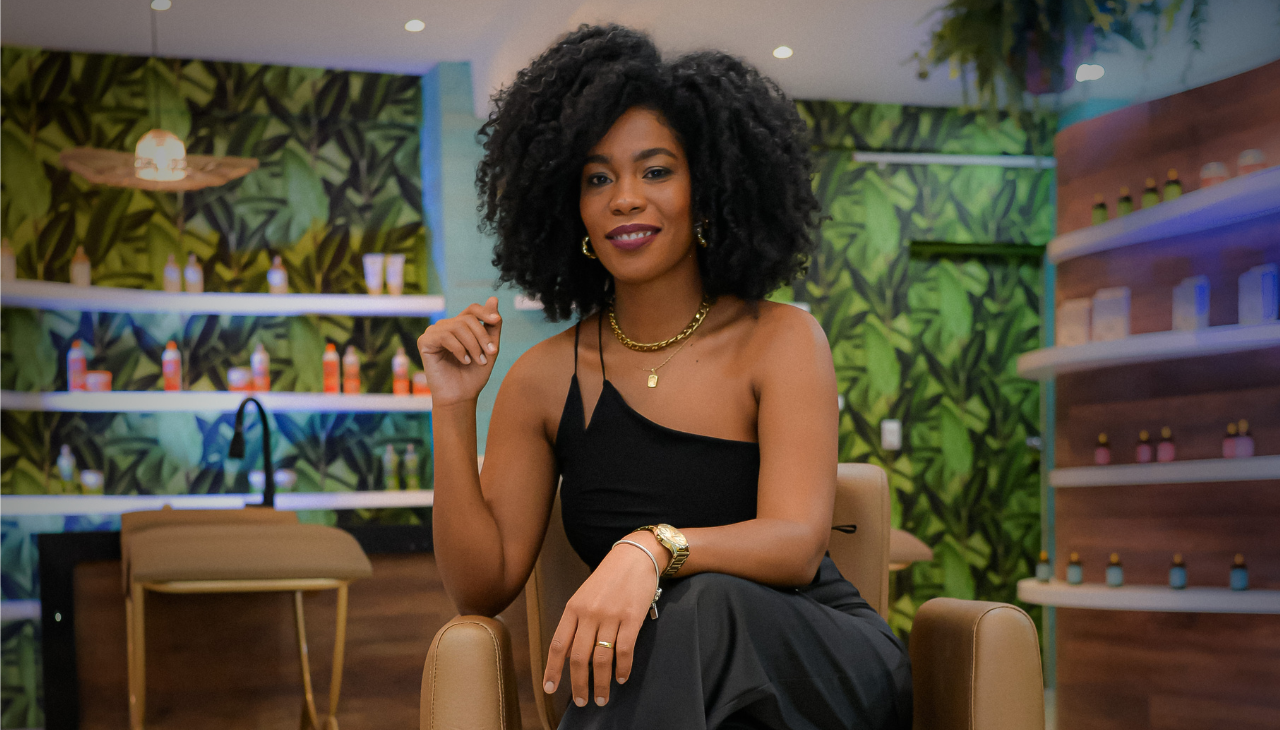 Cirle Tatis is a Cartagena native whose mission is to boost Afro aesthetics in the city. Photo: Courtesy

Cirleyda Tatis is a Black woman from Cartagena who is characterized by her Afro hair and strong and determined tone of voice, which for six years has allowed her to carry a discourse of self-love to work to vindicate Afro aesthetics in the city.

Cirle, as she prefers to be called, was born in the corregimiento of La Boquilla, a fishing community in the northern part of the city, and grew up in the Olaya Herrera neighborhood, one of the most forgotten on the outskirts of Cartagena, both with large resilient Black communities.

From the age of 10, Cirle went through chemical straightening processes for her hair because in a city like Cartagena, wearing Afro hair was not seen just a few years ago. Today, after straightening for 16 years, Cirle works to teach people that Afro and curly hair is also a "good hair" or 'Pelo Bueno.'

"We have to love Afro hair as good hair. This is a hair that speaks of us, of our ancestry, of our history," Cirle told AL DÍA News.

The mission of the Pelo Bueno Experience Centers go beyond a haircut or a good hairstyle. This is a space where Afro-curly men and women have found support and confidence to begin their transition process back to their natural hair.

"In Cartagena, many women already wear their natural hair, whether Afro, curly or wavy, and this has also been the result of the work we have done at Pelo Bueno in conjunction with other social movements that have influenced the way we relate to our hair," said Tatis.

While it is true that this process of more than six years ends in a "big cut," the name given to the haircut where people eliminate the last traces of straightening to let out their natural wave, Cirle also points to an internal change in which many women have learned to identify with their roots.

"With the liberation of natural hair people have emancipated themselves from certain stereotypes or imaginaries that made them believe that their hair was something negative," Cirle said, stressing that the hair issue has migrated beyond an aesthetic act.

Currently, Pelo Bueno has two Experience Centers, one in the city of Cartagena and the other in Bogotá, the Colombian capital. They generate direct work for more than 15 people who are dedicated to receive more than 900 Afro and curly people monthly.

However, although more and more people are joining this community every day, Pelo Bueno's mission continues in the streets of a historically Black city like Cartagena, teaching its residents to lose their shame about their own aesthetics and to "see curly hair and Blackness as something normal."

Although it is not an easy mission, Cirle, Pelo Bueno and the entire team of collaborators have worked herculean efforts in the country and throughout Latin America to achieve their goal: that all hair be considered Pelo Bueno.