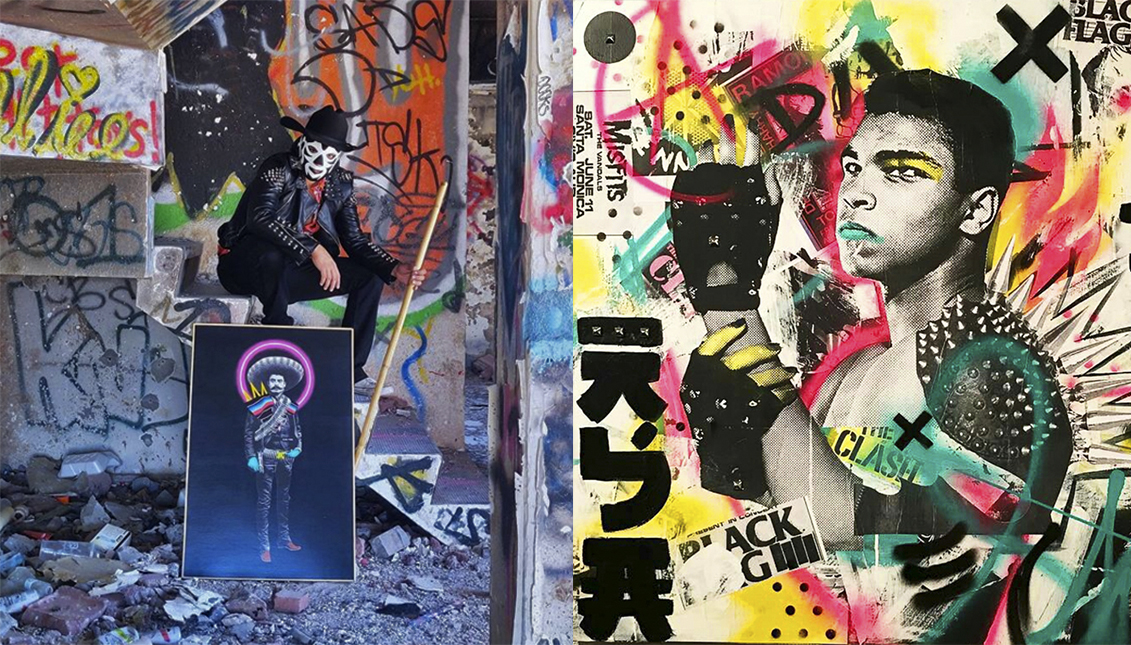 The political art of Dead Punk focuses on police brutality and responsibility, but also has powerful influences in the ring and outside it. Photo: deadpunk_x / Instagram

With nearly 30,000 followers on Instagram and wearing its Mexican wrestling mask, Dead Punk is faithful to the Zapatista motto: "Everything for Everyone,…

The son of Mexican parents who immigrated to the United States in search of a better future, the artist known as Dead Punk is "frontier" in more than one sense. First, because he grew up in El Paso, Texas, at the confluence of two cultures — "everything here has a Mexican flavor," he says — and because his art breathes this mestizaje among Mexico's most traditional icons, such as his fascination with Zapata or his references to the legendary Chavo del Ocho, which he inherited from his father who was also an artist, and the pop culture of the States.

The way he works with hybrid techniques, using photocopies and aerosols typical of street art and computer retouching, results in a political art that even when on the border, it crosses it.  Social media is his most effective mouthpiece, although he keeps his identity well safeguarded.

"My mask is my art and art is my mask. A symbol of who I am and where I come from," he tells me when I ask him why he covers his face, and if he doesn't feel in some way like a "Chicano Banksy" — journalists, mea culpa, we love labels. For Dead Punk, whom I imagine smiling after the comparison, only the techniques and concepts that both artists work with are similar. "I am me and he is he," and he jokes: "I am not anonymous, but an artist who wears a mask on Instagram."

"As artists, we have the power to influence and mobilize, and I think we should use that."

The artist has almost 30,000 followers who do not lose sight of the irony, the power of protest, and social transformation that comes from his creations.

"Art is as powerful as the media, which has the power to influence the masses' perspective on many issues and mobilize them," says Dead Punk. "I think as an artist, especially an artist with followers, we also have that power and I think we should use it."

In times as dystopian as the country is facing, confronting a pandemic while immersed in a historical moment, its own Arab Spring against structural racist violence, new heroes are needed — masked or not — to ignite the flame of change.

"One of the big issues I am focusing on is police brutality and responsibility. No one should be above the law, and I say this to Politicians too," says the artist, for whom two of El Paso's biggest problems are "local government corruption and immigration laws that keep children in cages." 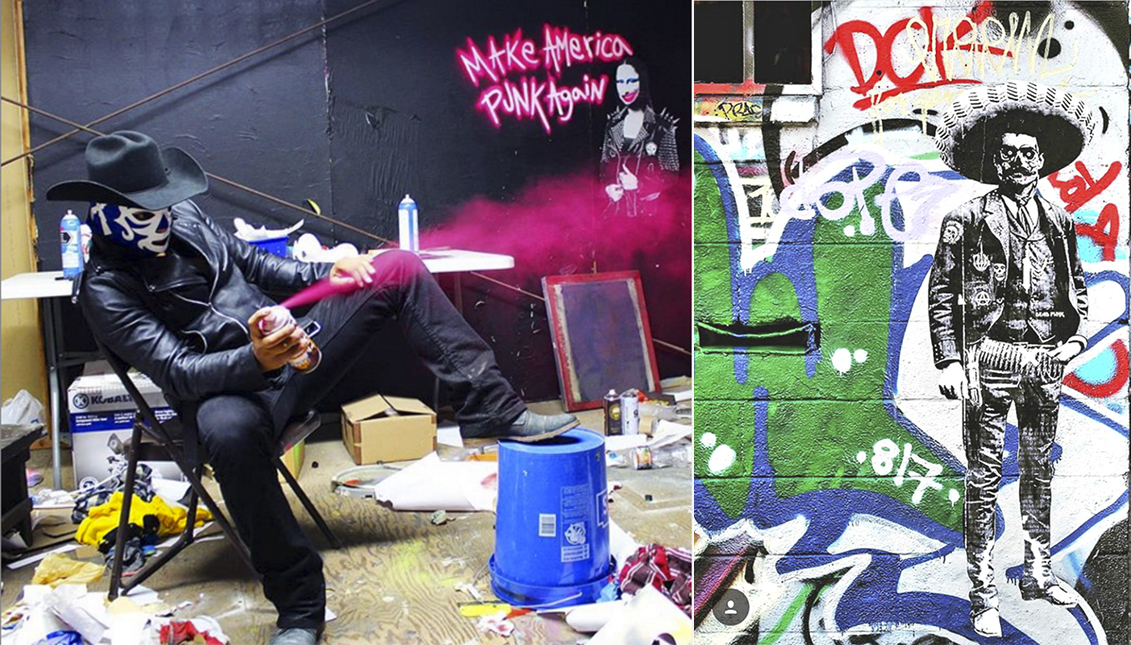 Globalization has turned us into amphibious and transcultural beings, "frankenstein" creatures in the best sense. This can be seen in the work of Dead Punk, whose very different "heroes" share one purpose: fighting for social change.

"I'm a big fan of Bruce Lee, Zapata and Muhammad Ali. Bruce Lee because of his philosophy and his desire to teach all races his culture and martial arts even when he was told not to by his own people. Zapata because of his fight for social and agrarian reforms and Ali for standing up for what he believed in during the Vietnam war and Civil Rights ovement," he says.

However, it is Emiliano Zapata, a historic leader of the Mexican Revolution, who is inspiring the artist's latest creations. In fact, the Mexican American feels very connected to his origins, especially now, but also grateful to have grown up in the United States and been exposed to so many cultures and the "American way."

"My mask is my art and art is my mask"

"Art is an expression of ourselves and people like things they can relate to so if you can make that connection and throw in a lil' message then you have the ability to educate and influence with your creations," summarizes Dead Punk, whose motto is the same as the Zapatista warriors' howl: "Para Todos Todo, Para Nosotros Nada" (‘Everything for Everyone, Nothing For Us’).

"With the elections coming up, Latinos are uniting and becoming a bigger voice in the U.S. I think it's important to use our talents to speak up on any issues that are important to us and forget our differences and loyalties to parties and political figures and focus on the changes we need to achieve prosperity for everyone," concludes the Chicano artist behind his mask, as does El Santo.