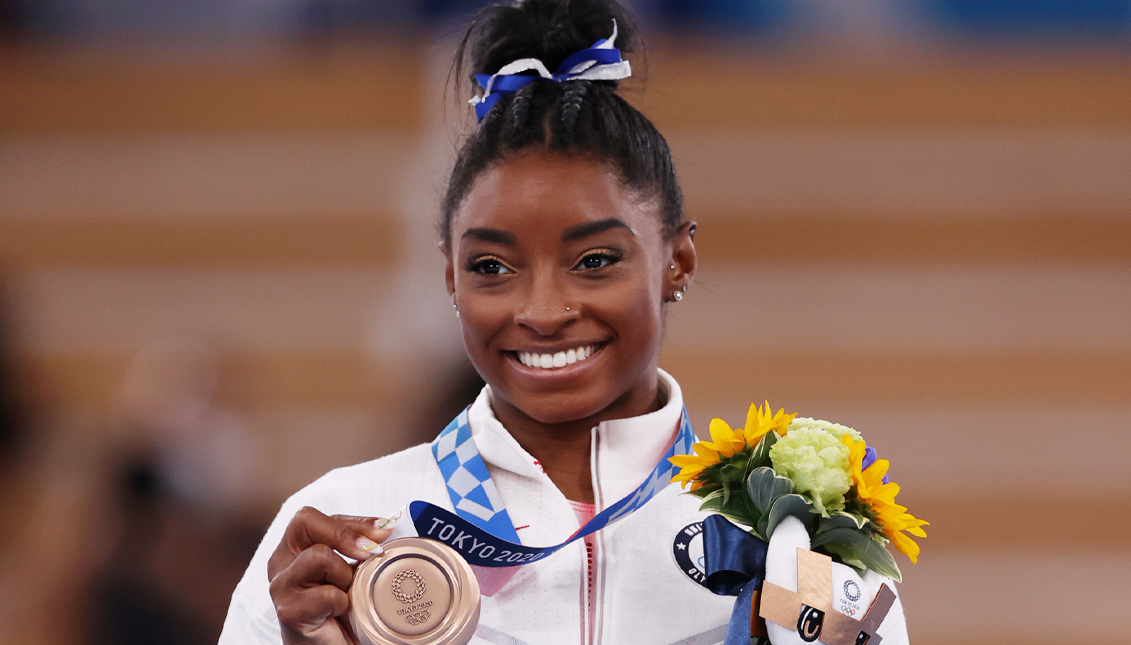 A bronze medal with a gold twist for Simone Biles

To compete on Aug. 3, Biles twice had to go through therapy sessions with a sports psychologist.

Simone Biles, one of the best gymnasts ever, won a bronze medal after returning from a brief retirement during the Olympic Games in Tokyo 2020.

Biles, 24, withdrew from the Tokyo 2020 Olympic Games last week after claiming she wanted to take care of his mental health, since the pressure she felt on her shoulders were debilitating to continue representing her country.

However, on Tuesday, Aug. 3, the gymnast surprised the with a wonderful routine on the balance beam. Biles obtained a score of 14,000 that allowed her to win third place on the podium. The gold medal went to Guan Chenchen, with 14,633 points and the silver went to Tang Xijing with 14,233 points, both from China.

After a tough competition in the arena and inside her head, Biles reminded the public that "athletes are not just attractions" and emphasized how proud she is to have returned to compete during these Olympics.

"I did it for me and I am proud to have been able to compete again,” she said after her performance.

Biles' decision to withdraw from the competition, after being named the best gymnast ever, shows the pressure that high performance athletes can feel when seeking to meet the public's expectations.

In this case, reaching gold was not as important as achieving stability in her mind before continuing.

Simone taught all the athletes who participated in each of the Olympic disciplines that "physical and mental health count more than all the medals I can win."

To compete on Tuesday, Biles had to go twice through therapy sessions with the sports psychologist of the United States delegation, to verify that her mental health was adequate to compete.

The gymnast said that all the support she received from the professional team has been very helpful, and it allowed her to work on her emotions after feeling she had missed all of the Tokyo 2020 Olympic Games.

In turn, Biles' coach, Cecile Landi, said her situation had been caused by a combination of different things, including her nervous breakdowns and the pressure that was on her shoulders after last year's competitions.

"It just wasn't the ideal time for her to feel that way," said Landi, "but I saw a look in her eyes that I had never seen before."

After returning to the United States, Biles is expected to attend therapy sessions to continue her treatment and also continue to compete as long as her body and mind allows her.