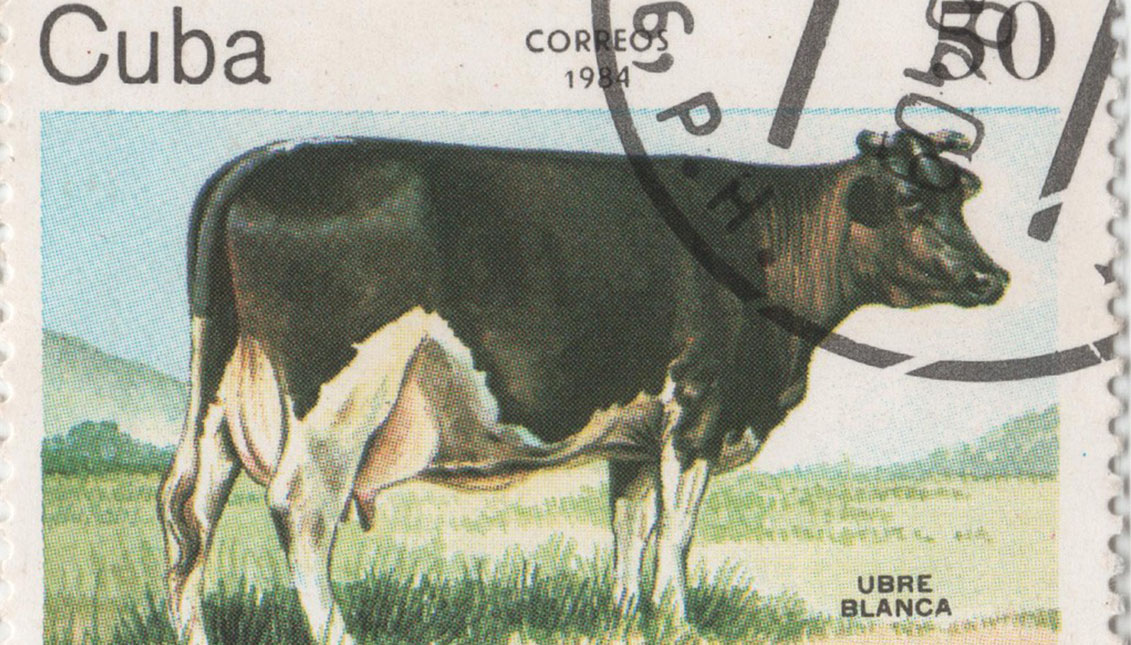 The Cuban dictator had a dairy cow, and no, it's not just any cow.

When writer Gabriel García Márquez, a close friend of Fidel Castro's, narrated a profile about him, he remarked how he had seen him finish a copious lunch taking no less than 18 spoonfuls of ice cream.

The former Cuban dictator was addicted to dairy products, a passion that almost drove him to his grave and forced his personal taste-tester, Chef Flores, to play roulette with his milkshakes and yogurts, since the CIA, aware of this culinary obsession, tried to poison him at least a hundred times.

It happened in the mid-1960s, when U.S. spy services conspired to introduce a pill containing the botulinum toxin into the chocolate shake that Castro drank daily at the Hotel Habana Libre and failed when the poison stuck to the wall of the hotel's freezer — Flores ended up with a post-traumatic stress disorder as a result of this and other demands made by the dictator.

The addiction of Cubans to all varieties of milk and its production continued to increase in the following years with a voracity that made the Cuban dairy industry and its livestock one of the main challenges of his revolution. Until Ubre Blanca came into his life, until, as the Polish journalist and writer Witold Szablowski, author of How to Feed a Dictator pointed out, he fell in love with her.

One of the most widespread clichés about this delicious Japanese beef is that the cattle are raised on the basis of massage, beer and classical music 24 hours a day. Something similar happened with Castro's cow — sorry, with 'lady' Ubre Blanca.

It is said the animal was a personal project of the dictator, a cow born from genetic experimentation that was the apple of Fidel's eye and that lived better than the immense majority of Cubans.

Although the cow did not have air conditioning, as was once said, and Ubre Blanca did not like to eat the same thing every day — sometimes she ate grass and other days oranges — and it had a portable radio that played tropical music from Radio Caribe. Milking it was also a feat because of its bad temper, and every time its caretakers did it, they took an arsenal of blows.

A winning cow, at least that's what Fidel thought, who wanted Ubre Blanca to break the record of the American Arlinda Ellen, who had been producing 80 liters of milk since 1975.

So at the beginning of January 1981, Ubre Blanca's caretakers began milking the poor cow every six hours on Fidel's orders, and the revolutionary leader or one of his assistants called the farm to record the amount of milk obtained. The most curious thing is that these figures were reported on the news as if they were the result of a football match or weather forecast.

In 1982, what did not seem possible was finally achieved: Castro's beloved cow became a national pride by producing almost 110 litres of milk per day — four times more than the average cow — and entered the Guinness Book of Records. From that moment on, his proud owner visited it often and even referred to it in some of his speeches.

After its death, two years later, Ubre Blanca was dissected and today it is still in the offices of the National Center of Agricultural Health (Censa), in Havana, in a glass urn. Fidel also had a statue built in its honor on the Isla de la Juventud, where the vaquita was born.

According to The Wall Street Journal, in 2002 the Cuban government announced a project to clone it thanks to genetic material collected before its death. The initiative was intended to help the island recover from the crisis in beef production and derivatives Cuba was going through. However, to date, at least as far as is known, Fidel Castro's dairy and addictive dream has not been fulfilled.