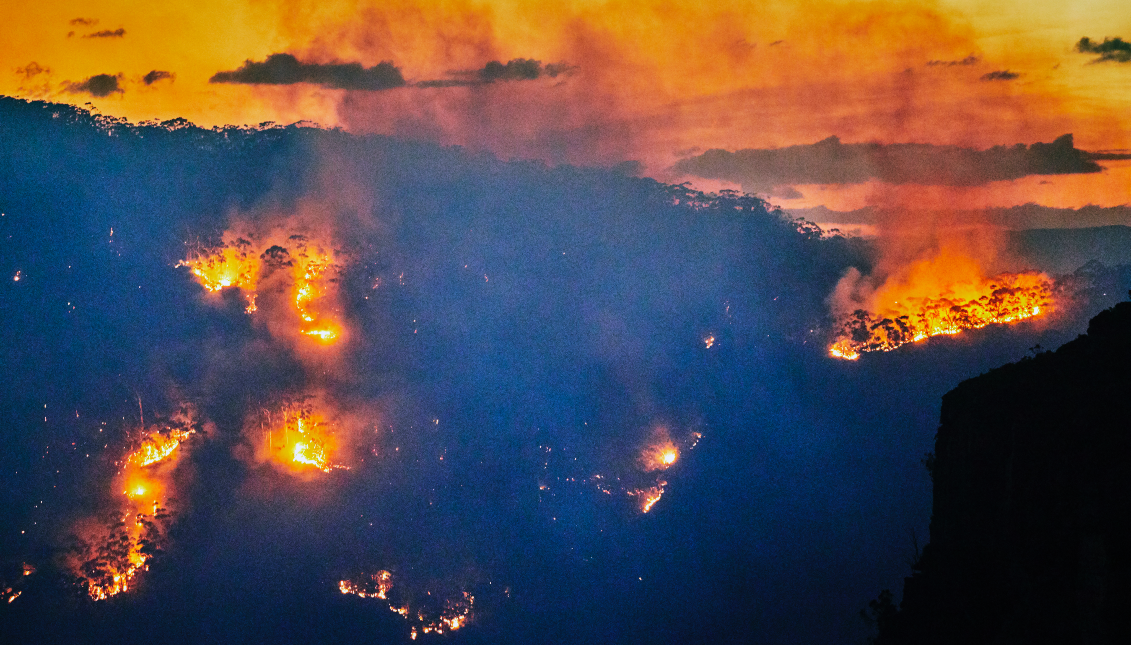 The fires that mark Australia's dry season started ahead of schedule at the end of 2019. Now in a new year, they've burned the most in decades and are still…

Commissioner Shane Fitzsimmons is leaning over, holding a white shirt in one hand and an honorary plaque in the other. The plaque is a posthumous recognition of firefighter Geoffrey Keaton's bravery, which is presented to his son. Keaton's son is standing, the white shirt is short-sleeved and the NSW RFS (New South Wales Rural Fire Service) coat of arms is embroidered on the side. The child remains motionless as the Commissioner puts the badge on him, with an expression that may be of strangeness or curiosity. Meanwhile, he sucks on a pacifier. He is one and a half years old. 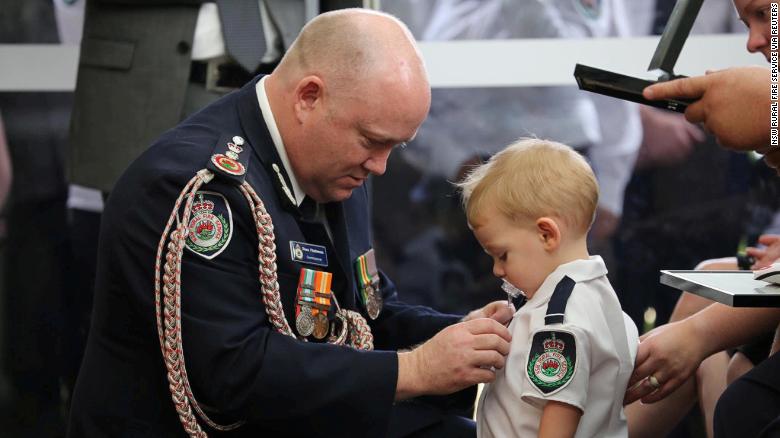 The imposition of this badge occurred on Jan. 2. The honored Geoffrey Keaton died fighting the flames on Dec. 19, as do thousands of Australians at this time.

The fire season began in Australia in September 2019, during the spring, earlier than usual. While it is true that bushfires have probably occurred in Australia for centuries, this year's fires have been particularly voracious and long-lasting as climate change has intensified them.

Like Geoffrey Keaton, at least 24 more people have died over the past few months and thousands evacuated. So much so, that, faced with the exhaustion of the Australian fire brigade's capabilities, the state of New South Wales (the area of the country that has been hit hardest) has declared a state of emergency. The government has asked for support from the United States, Canada and New Zealand, and army reserves were called in to support evacuations by the fire brigade, something that hasn't happened since World War II.

In addition, the consequences for Australian wildlife have been catastrophic. One estimate suggests that at least 480 million animals have been affected by the fire, one third of New South Wales' koala population has died, and an estimated 12 million acres (over 4,800,000 hectares) of land has burned.

The terrible emergency has been exacerbated by a difficult political circumstance. Australian Prime Minister Scott Morrison was absent from the country, on vacation in Hawaii, during the month of December and after that, has shown lethargic, inefficient responses and continued to deny the existence of climate change. His announcements on the subject have insisted that he does not plan to take action to reduce the country's carbon emissions.

The discontent of the population has reached the point where dozens of people have refused to even shake hands with him when he has visited disaster areas. As if this wasn't enough, during the past couple days, Morrison has done his best to avoid the spotlight — which means not appearing in public at all. Faced with a request for information from The Guardian, the Prime Minister refused to provide it.

People have even started posting "Missing persons" flyers with his photograph in the streets. 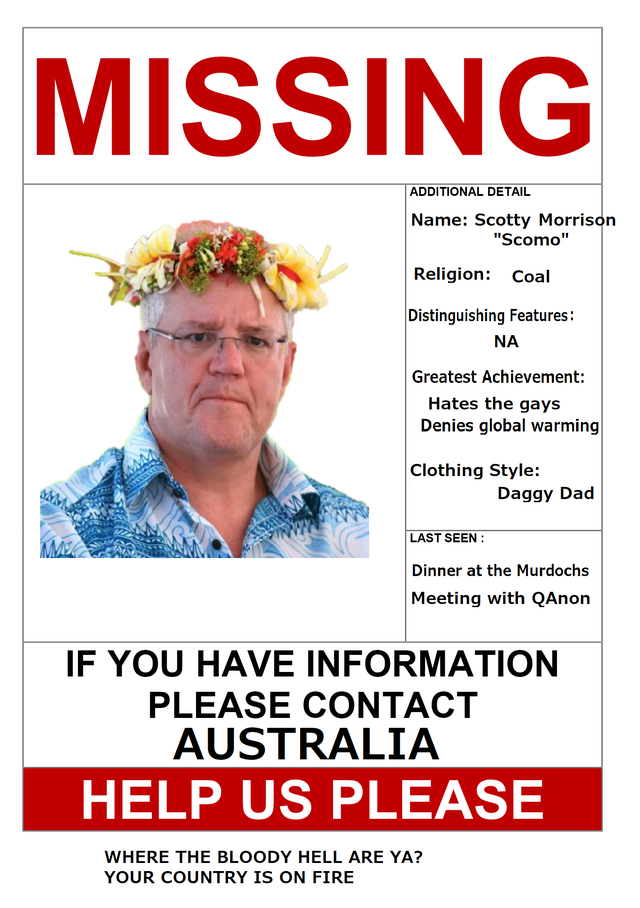 On Sunday, January 5, a light rain brought some relief to both the Australian people and their firefighters, but it is far from putting out the fires. It was more a psychological relief than anything else.