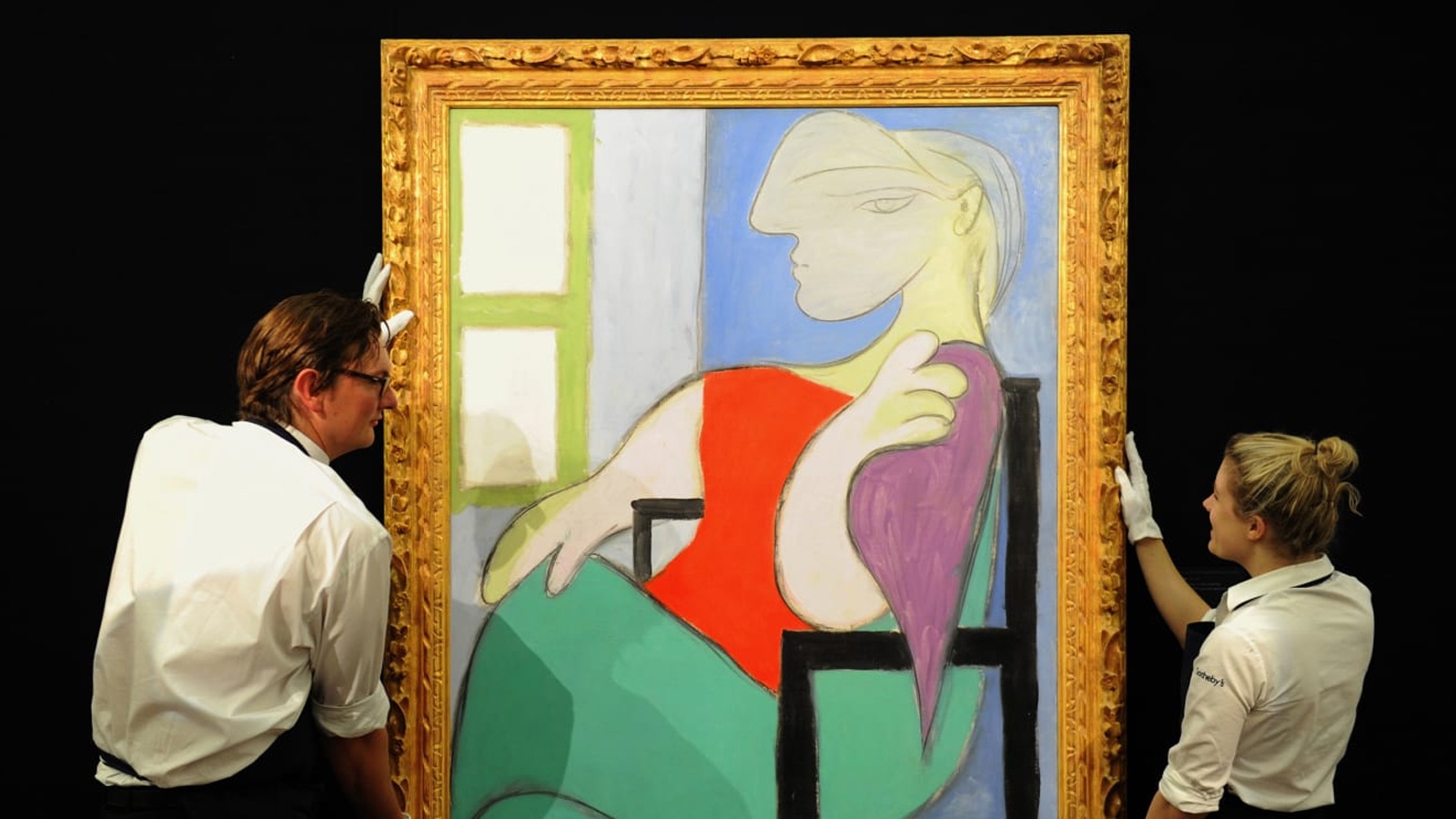 Painting Woman sitting near a window (Marie-Thérèse) by Pablo Picasso.

A portrait by Pablo Picasso became the star of the Christie's auction for doubling its estimated value.

An auction held this Thursday in New York turned into a "battle" of almost 20 minutes between two potential buyers. The work in question was Femme assise près d”une fenêtre (Marie-Thérèse), a portrait of Picasso's muse and lover Marie-Thérèse Walter. The work sold for $103.4 million, almost doubling the value estimated by the auction house's experts ($55 million).

The dynamics of this auction was conducted by telephone through Christie's representatives in New York. The auction of the piece started at $45 million, and quickly surpassed $55 million, to end at a hammer price of $90 million, without fees and taxes, obviously. The painting measures almost five feet high by 1.14 meters wide and is considered one of Picasso's exceptional pieces.

It belongs to the artist's stage of curvilinear cubism and was made in 1932, one of Picasso's most productive years and also one of the most valued in the art world. It shows Marie-Thérèse seated on a black chair in front of a window, dressed in red and green, her limbs painted in lilac.

Two other works by the Spanish painter and sculptor were auctioned at the event: Femme dans un fauteuil, which sold for $17.1 (including fees) and Tete de femme, which sold for $4.1 million. Picasso's work was by far the highest valued of the auction. Monet and Rothko were other artists featured at the auction who, by some distance, became the highest bidders of the evening, selling their works for $48 million and $40 million respectively.

These paintings and the other pieces presented at the event go on sale after a significant drop in the sales of works of art at auction during 2020.