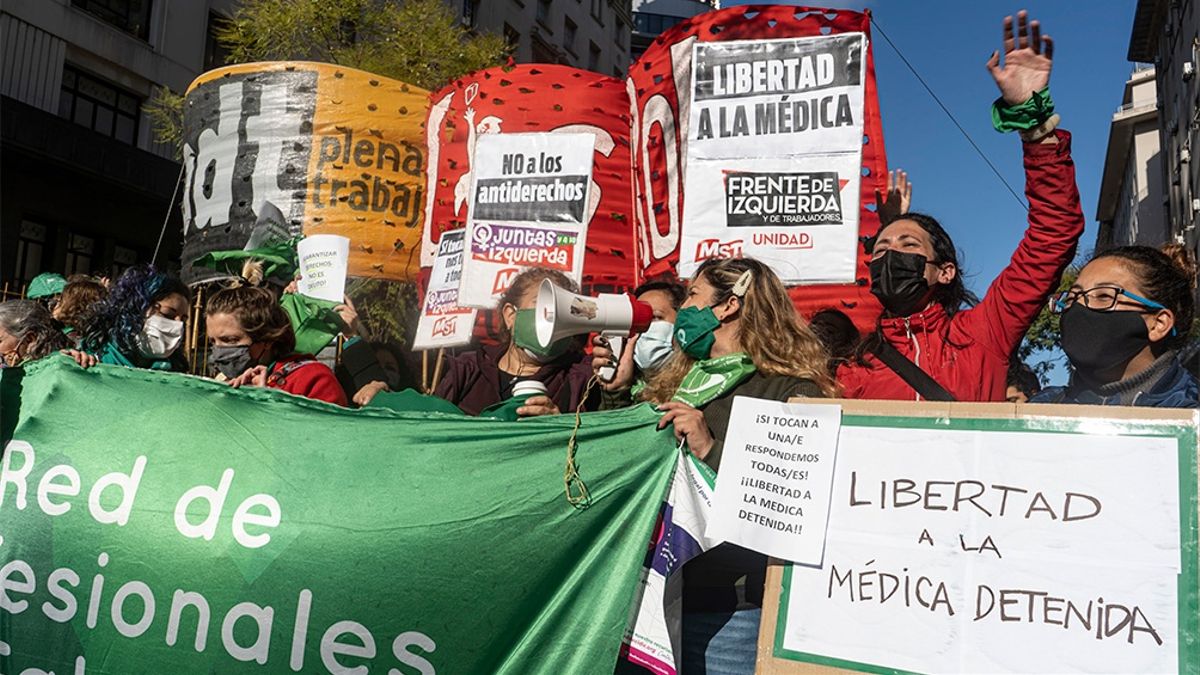 Dr. Miranda Ruiz was arrested on Friday, Sept. 3 in northwestern Argentina for performing an abortion.

On Friday, Sept. 3, in the province of Salta, in the northwest of Argentina, Dr. Miranda Ruiz, 33, was arrested after performing an abortion on a young pregnant woman. According to accusations, the doctor forced the woman to undergo the procedure even though she was against it.

Women's organizations showed out against judicial decision hours after the doctor was released.

Some local media reported that Ruiz worked at the Juan Domingo Perón hospital in the city of Tartagal. On Aug. 24, she treated a 21-year-old patient for the termination of her 22-week pregnancy, a practice currently under review in pertinent Argentine legislation.

Ruiz reaffirmed that the procedure was performed in a completely legal manner and that her detention is unfounded. It was performed under a self-administered regimen of pills, ruling out the theory of coercion.

"Someone explain to me how I as a doctor can force a patient to have half an hour of pills under her tongue and swallow them for three hours until an expulsion," she told AM750.

The complaint against the doctor was not made by the patient, but allegedly by one of the patient's aunts. According to Ruiz, it is possible that "the relatives were used politically by a sector of society that is militating against the abortion law."

Gonzalo Ariel Vega, criminal prosecutor of the Unit for Serious Attempts against Persons of Tartagal, is in charge of the investigation and referred the doctor's arrest to the 2nd Court of Guarantees of the city, in charge of Judge Fernando Mariscal Astigueta.

In Argentina, the practice of abortion is legal ever since its Congress passed a law at the end of 2020.