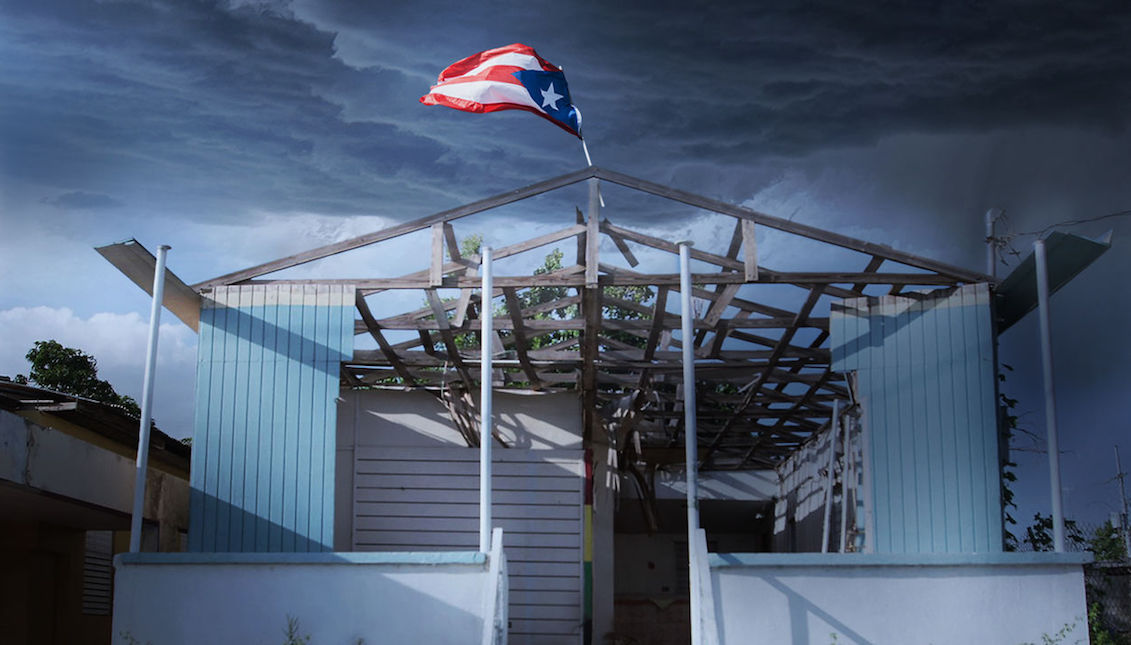 After Maria: Truth or Trash

In the end, the difference came down to a bag of ice.

Watching the documentary After Maria was hard. It was hard for a number of reasons. Not just because I am Puerto Rican - born and raised on the island - now living in what is unlovingly termed La Diaspora. That was a large part of it; the other part was that the documentary was not good at all.

I confess that initially, I had decided not to watch it. Too much has been said about what happened almost two years ago on that fated day in September when the hurricane chewed the island up and spat its people out. A lot of ink and not much of it accurate.

Because Maria laid bare more than the gnarled veins of uprooted trees. It wiped out the badly applied makeup of a colony on the verge of collapse, battered by its relationship with an uncaring metropolis, infested with debt, with a Junta riding on its back and saddled with a corrupt, inept government. Most of the coverage - besides the local one - was ignorant of this picture. So I assumed that After Maria was just more of the same.

But then social media grabbed After Maria by the throat, with most tweets, Facebook entries and Instagram responses criticizing the stereotypical characterization of Puerto Ricans, and furious because it didn’t represent what the island went through - and is still suffering - because of Maria.

As of this writing, there are at least 60,000 signatures asking Netflix to shut it down. A Netflix spokesperson said they had “no comment and the filmmaker will not be doing interviews at this time.”

So I felt I had to watch it for myself. It turned out to be pretty bad, with some truths.

After Maria, a 27 minute short by Bronx director Nadia Hallgren, tells the story of three women and their families who left the island after the devastation and spent six months in hotel accommodations paid for by FEMA. It follows their final days in the hotel, their struggle to find another place to stay and the friendship forged between them.

It starts with a trope - of the most tiresome kind - and this sets the tone for the rest of the documentary.  Smiling, happy people dancing in the street. Salsa playing loudly, Puerto Rican flags everywhere, on deck chairs, hats, and shirts. Shiny women in threes, in tight outfits and big accessories. It gives off the stale, cloying perfume of a Hallmark narrative - like one of those ads about a lost dog under the pouring rain, complete with bad music.

I really tried to like it. I did. It struck me that we might not like this part of our history, but it is a part of the Puerto Rican experience before and after Maria. It might not be the most significant one, but it is a part, whether we like it or not.

But then we arrived at the scene with the bag of ice. And I understood what all the furor was.

“At that scene in particular, when the mother (in the hotel) says ‘go get me ice,’ I only remembered the kilometric lines here in Puerto Rico of people waiting hours and hours for one small bag of ice,” said Molusco, a Puerto Rican radio personality, and comedian.  “Just to get one small bag - hours and hours.”

“They had in their mind (the women) that the government has to give them everything, and that is not the case. Not the case at all. You have to move, you have to do, I don’t know, strategies to get out of this vicious cycle of dependency,” he said.

Many of the comments refer to the women in the film as “freeloading parasites” and “opportunists.” I think the reality is that they are a product of a colonial system that encourages, no, demands dependency, and the ones demanding it are the same ones that benefit when it comes to an uneducated, dependent voting population - the local government.

Carlos Weber, a Chilean journalist that lives and works in Puerto Rico,  describes After Maria as follows:

“I do not think a worse documentary has ever been skinned in history,” he said. “It’s trash.”

“But, what it does show everyone is how not to do things. The method of following characters and families to humanize the story is good, but in this case, they messed it up,” Weber said.

“It is not classism, you know. The aesthetic of the documentary is horrible.”

Notwithstanding, the anger has surfaced a discussion of topics - such as race, class, and misogyny - on the island and the Diaspora - that are never, ever talked about. This is what this documentary illuminated if anything at all.

In my opinion, this is all valid. But the fact remains that After Maria is just plain bloody awful.