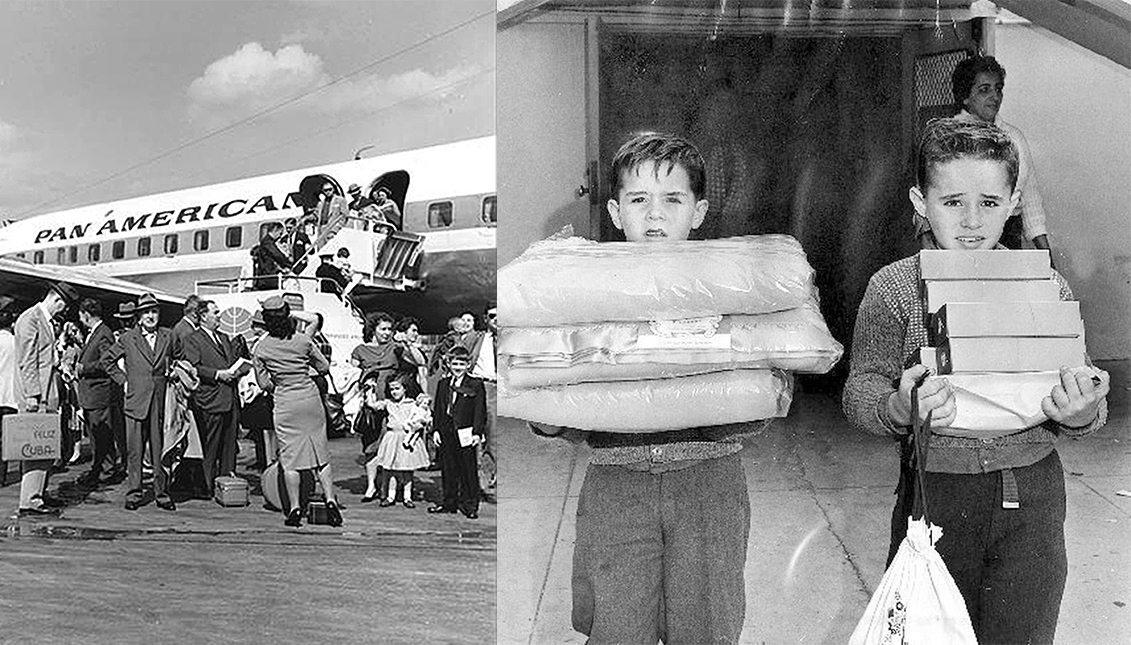 "Little by little, so as not to arouse much suspicion in Havana, the Cuban children arrived," - Ileana Fuentes.

More than 14,000 Cuban children traveled to the United States without their parents, fleeing from "Castro's hecatomb." This is how writer and feminist Ileana Fuentes explained the occasion of the celebration of the 60th anniversary of Operation "Pedro Pan" on Dec. 26.

Fuentes was one of those girls "rescued" in one of the greatest child exoduses in the history of the West, as the writer acknowledged.

Behind the gigantic operation that transferred thousands of young Cubans from the island to the United States was Monsignor Bryan Walsh, who acted as a liaison to receive the minors and transfer them to hospices, camps and, finally, to their adopted families.

It all began right after the triumph of the Cuban Revolution, on Dec. 26, 1960, when a man brought a boy named Pedro to Walsh to seek refuge in the United States while his parents tried to leave Cuba.

The religious man realized that there were many other Cuban minors arriving in waves in the U.S. and that they were alone and unassisted. He contacted former U.S. President Dwight D. Eisenhower to offer his help to arrange the arrivals.

"All departures were by air — by PanAm, National and KLM airlines — to the United States, and the first flight left from José Martí Airport on December 26, 1960. Only two Cuban children escaped on that flight," Fuentes told EFE.

"Two more arrived on the 28th, six on the 30th and 12 on the 31st. Never in its history had the U.S. government funded a program for refugee children," she added.

"Little by little, so as not to arouse much suspicion in Havana, the Cuban children arrived. The Matecumbe camp and the barracks in Kendall were filling up as Walsh was developing a national network of Catholic parishes in 35 states: New Mexico, Nebraska, Delaware, Indiana, Colorado, and Florida, among others," the writer said.

Two years later, on Oct. 23, 1962, Operation Pedro Pan ended with the suspension of flights between the island and the United States.

Fuentes, was director of the American Museum of the Cuban Diaspora and author of the book, Cuba without Caudillos. She said that "of the 14,048 minors who left Cuba alone in those 23 months, 6,584 were placed with family friends or relatives already established in the United States; 7,464 remained under the protection of the Cuban Children's Program of the Catholic Bureau and other Protestant and Hebrew agencies."

Now, the Museum of the Diaspora in Miami, directed by Carmen Valdivia, who also arrived in the United States with "Peter Pan," is organizing the first exhibition of the year, which will celebrate the 60th anniversary of this Cuban exodus, and many of those children have participated by donating photos, documents and all kinds of material to tell their story.