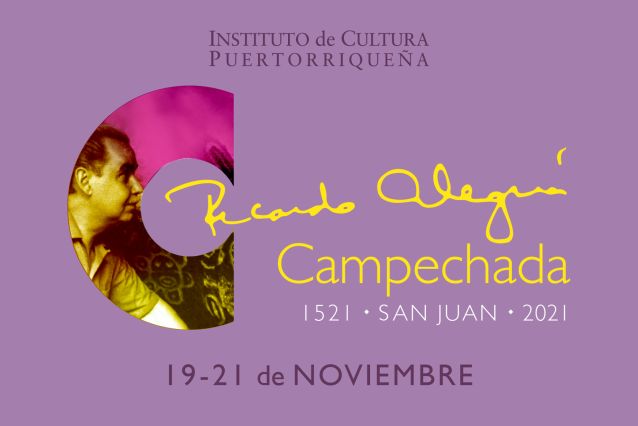 Official poster of the Campechada 2021 Festival.

The tenth edition of the Campechada cultural festival in Puerto Rico celebrates the 100th birthday of historian and archaeologist Ricardo Alegría.

Everything is ready for the tenth edition of Campechada, a Puerto Rican cultural event that brings together artists, artisans, public and private entities dedicated to the arts, culture and conservation. This year, the festival will be held in-person from November 19-21 in Old San Juan, and will celebrate the life and work of the prestigious Puerto Rican historian and archaeologist Ricardo Alegría.

"Don Ricardo is considered a visionary in the multiple cultural expressions of Puerto Ricans," Carlos Ruiz, executive director of the Institute of Puerto Rican Culture (ICP), said in a press release.

The Institute of Puerto Rican Culture (ICP) has confirmed the participation of close to 300 artists from diverse disciplines, including visual artists, artisans, musicians, actors and theater directors, writers, as well as nonprofit organizations and government entities.

The event celebrates the centennial of Alegría's birth, and his professional dedication to the rescue and development of integral elements of Puerto Rican culture.

This interdisciplinary festival returns to the city of San Juan to also coincide with the 500th anniversary of the founding of the city and, in addition to music, will include activities for all types of audiences, such as workshops, book fairs, academic conferences and artistic presentations, among others.