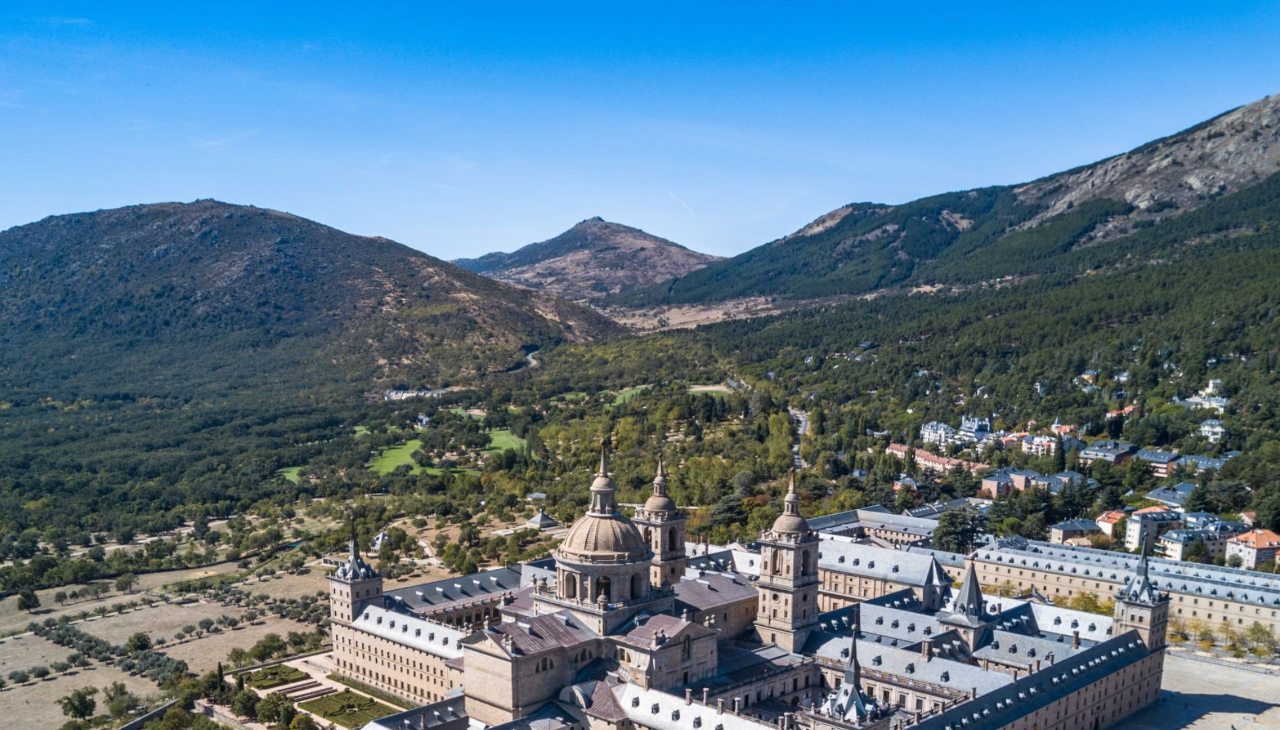 The Philip II historic train links the city of Madrid with El Escorial, well-known for its Royal Monastery and visited by thousands of tourists every year. Photo: Getty Images.

Philip II's train: A journey through the history of Spain

The Philip II tourist train connects Madrid with El Escorial, offering travelers a trip through the monarchical history of Spain.

The Felipe II Train starts its journey at the Principe Pío train station in the heart of the Spanish capital of Madrid. It has a locomotive from 1960 and has four passenger cars from 1940. Despite its age, restoration efforts on the machine allow it to travel up to 100 kilometers per hour.

After leaving Principe Pío, the Felipe II Train continues its journey through the Sierra de Guadarrama and after a 50-minute journey, it arrives at the San Lorenzo de El Escorial train station.

This city is home to the Royal Monastery of San Lorenzo de El Escorial, which includes a royal palace, pantheon, basilica, library, monastery and college. This plethora of national heritage, built in the 16th century between 1563 and 1584, attracts thousands of local and foreign tourists every year who enjoy the cultural, artistic and food offerings of the area, characterized by its natural environment.

Visitors will also be able to discover the Casita del Príncipe, the Casita de los Infantes or the Carlos III Coliseum, and walk through the picturesque town that preserves the period's architectural richness.

Tickets for the Felipe II train are available online for 20 euros. There are different types of experiences that even include the tickets for the Royal Monastery plus guided tours. There is also the possibility of renting train cars or even the entire train for family or company events.

Who was Felipe II?

The historical tourist trip owes its name to Felipe II (anglicized as Philip II), called 'El Prudente,' was king of Spain, Naples and Sicily, Portugal and the Algarves, and of England and Ireland jure uxoris. He is considered one of the most important monarchs in history.

He was the son and heir of Carlos I of Spain and Isabella of Portugal, brother of María de Austria and Juana de Austria, paternal grandson of Juana I de Castilla and Felipe I 'El Hermoso,' and of Manuel I of Portugal and María de Aragon through his mother's side.

History says that Felipe II modernized the first world empire where "the Sun never set," and integrated territories from all continents, leading to numerous conflicts with various international powers.