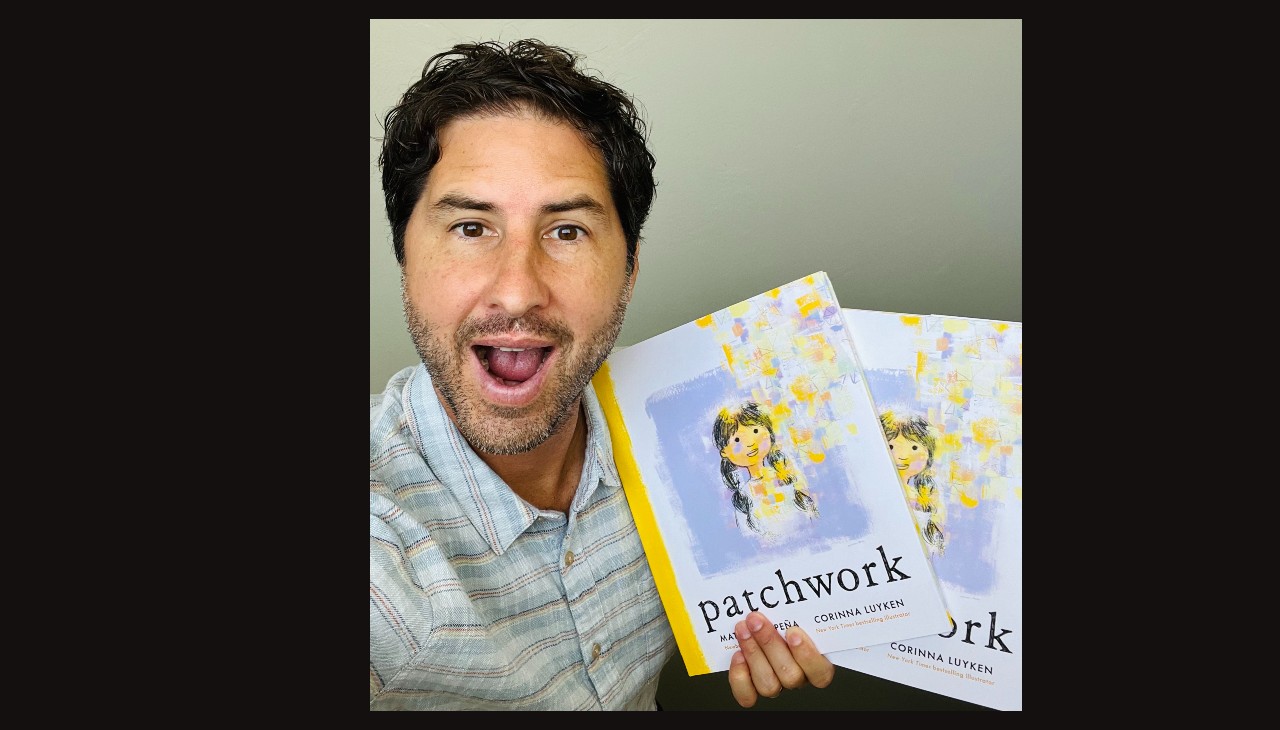 Children’s journeys to finding themselves

Latino author Matt de la Peña has a new children’s book, “Patchwork,” where he encourages kids to figure out what they want to be in life

In 2016 Matt de la Peña became the first Latino male author to win the John Newbery Medal for literature, considered one of the most important honors for American children’s books.

De la Peña, who grew up in the border town of National City, California, was awarded for his book Last Stop on Market Street (illustrated by Christian Robinson), starring a little boy who takes the bus with his grandmother, and wonders why their family doesn’t have a car.

Since then, de la Peña has kept writing and publishing children's books that reflect his experiences of growing up by the Mexican border as a mixed-race and bicultural boy. His books usually feature characters and settings of communities that are under-represented in the publishing world, sparking great discussions about diversity and inclusion. His latest children's book is no exception.

In his latest, Patchwork (illustrated by Corinna Luyken and published in August 2022), the author explores the endless possibilities of every child — A young dancer may grow into a computer coder; a basketball player might become a poet; a class clown may one day serve as an inspiring teacher; and today’s quiet empath might be tomorrow’s great leader. Here's a profound and uplifting new classic with an empowering message for readers of all ages: Your story is still being written.

“I grew up in a very working-class neighborhood right down by the border in San Diego in a town called National City. We never had quite enough, but we made it work. And I think my goal with everything I write — you know, picture books, novels — is to kind of show the grace and dignity on the, quote, unquote, wrong side of the tracks,” de la Peña told NBC back in 2016.

His previous book, Milo Imagines the World, published in 2021, explores the world of public transportation through the lens of working class communities. The story follows Milo, who wields his sketchpad to explore the mysterious lives of his fellow passengers. But while diving deep into his make-believe backstories, the boy pauses to reflect, and begins to see the boundaries of first impressions.

With an MFA in creative writing from San Diego State University and his BA from the University of the Pacific, where he attended school on a full basketball scholarship, de la Peña is the  author of seven young adult novels (including Mexican WhiteBoy, We Were Here, and Superman: Dawnbreaker), and six picture books (including Milo Imagines the World and Last Stop on Market Street). He currently lives in Southern California. He teaches creative writing and visits schools and colleges throughout the country.