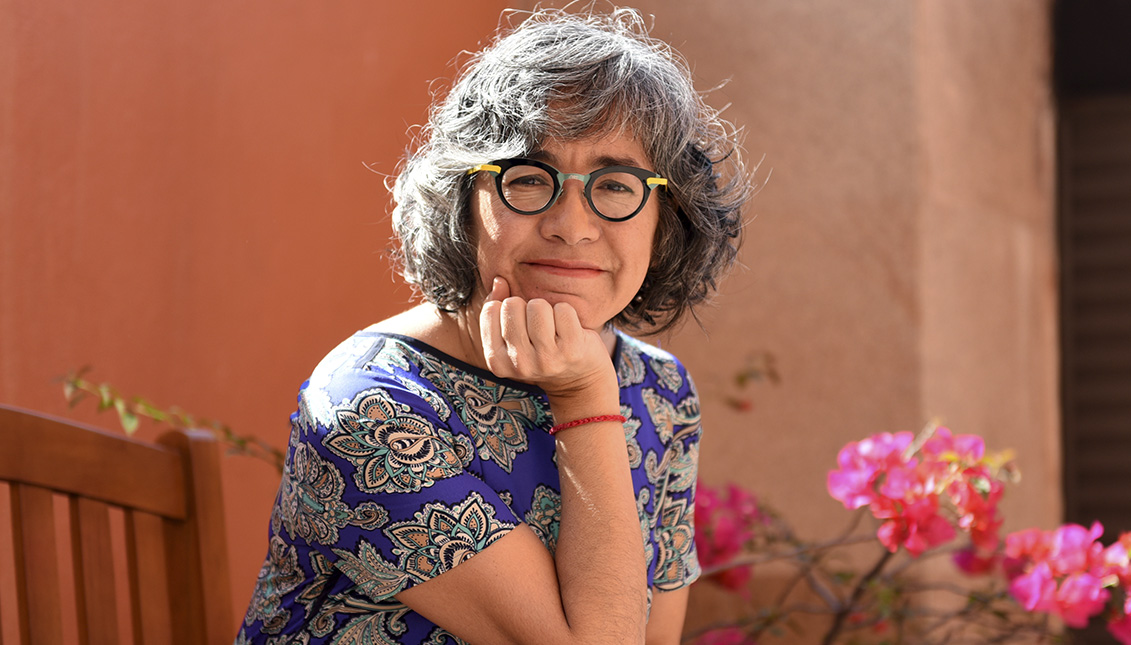 Mexican writer Cristina Rivera Garza is one of its most prominent representatives of current Spanish-language literature. Photo: MHL.

Spanish has become a territory of dissent and identity pride for Latinx writers in the United States, and has broken down the barrier of prejudice with prose…

"Latino immigrants are not here just to work from sunrise to sunset. We have a voice in shaping the idiosyncrasies of this country and we raise that voice through our literature," said Venezuelan writer Naida Saavedra, professor of Latin American literature at Worcester State University, in an interview with Milenio.

Saavedra recently published the book, #NewLatinoBoom: Cartografía de la narrativa en español en EE. UU (El BeiSMan PrESs, 2020), where she compiles her research on a literary phenomenon that is no longer unnoticed by the great American publishing houses, and includes novelists, playwrights and poets, such as the writer Cristina Rivera Garza, author of Nobody Will See Me Cry (1999), which the Mexican Carlos Fuentes described as "one of the most notable works of fiction of the turn of the century."

This leadership is one of the differences of this literary movement in relation to the famous "Latin American boom" that had authors such as García Márquez or Vargas Llosa as its main characters and left out brilliant female novelists like Elena Garro. In the New Latino Boom, women "have a crucial role." Not only are they authors, but also, as Saavedra explains, publishers, intellectuals and magazine directors, like journalist and screenwriter Maritza Bafile or Rosalía Reyes, the coordinator of the New York Book Fair.

"In the current political environment and in view of the frontal attack directed at everything that is not in the majority, writing and publishing in Spanish in this country is an act of resistance".

But also, assures the researcher, who has dedicated herself to studying these new Latinx voices that are found mainly in cities like Chicago, Miami or New York — where there are a good number of Spanish-language publishers — the New Latino Boom does not focus on the novel as if it were the jewel in the crown, but covers more genres such as the essay, the short story, the chronicle or poetry.

According to Saavedra, the movement had its beginnings in Chicago in the 90s, and there was a connection between the artists who would end up taking part. In New York, there is a strong presence of Spanish in its universities and Miami is home to many Latino authors and a flourishing culture of literary events, fairs and contests.

Mario Vargas Llosa receives the 'Madrileño del año' award
October 10th, 2022
An Argentinean "road movie" wins the first edition of the SED Prize for novels in the U.S.
February 22nd, 2021
Writing and publishing in Spanish is to RESIST
February 3rd, 2021

"It is a unique literary movement in the United States whose emblem is the Spanish language. In the current political environment and in view of the frontal attack directed at everything that is not in the majority, writing and publishing in Spanish in this country is an act of resistance," says the professor and writer, who maintains that in this context more than any other, these authors play a capital role in the country.

"The artists of the movement, who arrived after adolescence, are the archetype attacked in the presidential discourse of these times. All of them have chosen Spanish for their creative work, a tool to show that those of us who speak Spanish are part of this country and that our language is important," she adds.

"In the New Latino Boom, the writers are at the same time actors. They are not just writers, they are also disseminators of their work and promote the work of others; they are publishers, critics, reviewers and cultural agents. This has allowed Latin Americans living here not to have to look to Spain, Mexico or Argentina to publish their work."

While Mexican and Chicano literature has contributed much to this literary boom, with great names such as Sandra Cisneros or Gloria Anzaldúa, other authors who have joined the movement of voices in Spanish are the novelist and playwright from Chicago, Raúl Dorantes, and poet Omar Villasana, founder of Katakana, which spreads the work of Mexican, Cuban and Venezuelan writers, among others.

Since the publication of #NewLatinoBoom: Cartografía de la narrativa en español en EE.UU., more artists have been recognized as part of the boom and even, in the case of writers like Maria Mínguez Arias (Patricia Sigue Aquí), the hashtag #NiLocasNiSolas was created to claim that all these authors writing in Spanish from the United States formed a network: the New Latino Boom.