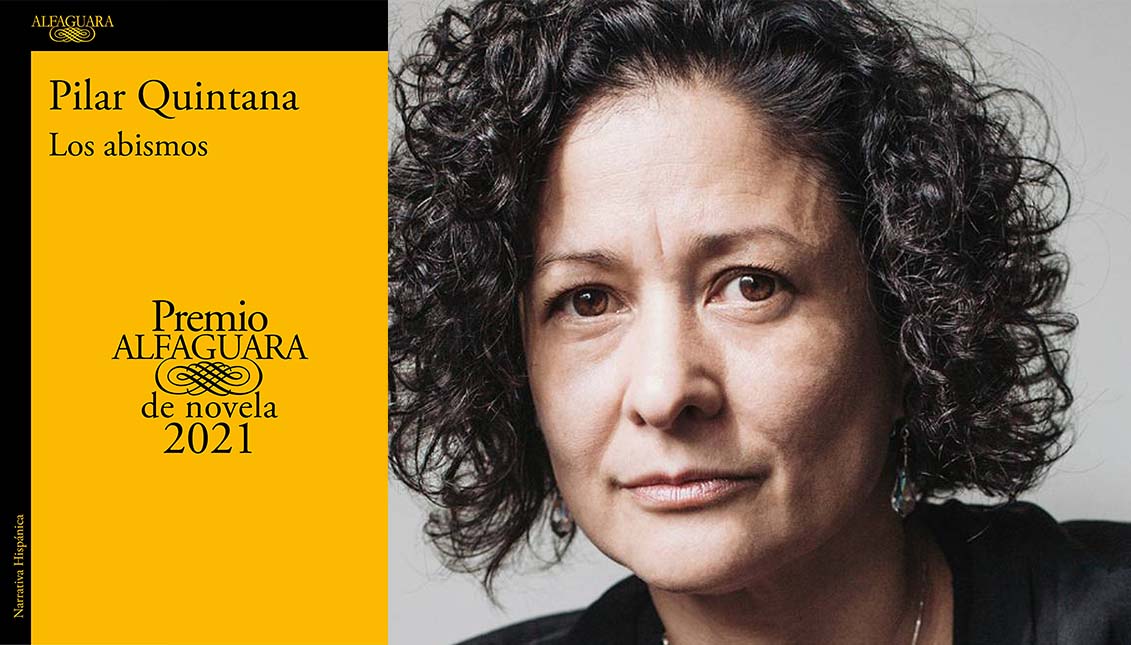 How motherhood inspired Pilar Quintana to be a child again

The Colombian writer has just won the prestigious Alfaguara Prize with Los abismos, which will hit bookshops on March 25.

When Pilar was just a rebellious teenager, her mother kept telling her: "You'll understand me when you have children of your own!"

Now, at 49 years, the Colombian writer, and one of the most original voices in Latin America, has understood those old warnings. In fact, she has done much more than that; she has reconnected her present life as the mother of a five-year-old boy with her experience as a child, or more specifically, with one of her most recurrent childhood fears.

"When we're kids, we are afraid that our parents will die. It's like an irrational fear. Like a terror of orphanhood," Quintana told AP on the occasion of the announcement that Los abismos (The Abysses), her latest novel, had won the prestigious prize awarded by the Alfaguara publishing house.

A happy surprise that the writer received almost in the middle of a deep sleep a few weeks ago. When the phone rang one morning, her husband woke her up, and Pilar jumped up sleepily asking, "Who's dead?”

In Los Abismos, Pilar Quintana gets into the skin of Claudia, a girl who tries to understand the conflictive relationship of her parents from the memory of her family life, recreating an asphyxiating feminine universe formed by women tied to the education of another time, and accommodated to her present.

"Motherhood is very useful to reconnect us with the child we once were, and to be able to understand and relive that stage of life that we forget as adults", admits the Colombian author, whose work was highlighted by the jury of the Alfaguara Prize 2021 for the brilliance with which the author immerses us in the terrors of childhood.

It took her four years to sculpt the final draft. When she finally did, in January last year, Pilar Quintana found herself locked up in her house in Cali, in the middle of the pandemic, and with a five-year-old boy who had been going to school until then.

The final drafting was not easy, she says. But the award couldn't come at a better time for this writer whose fourth novel, The Bitch (Colombian Narrative Prize 2018 and finalist for the National Book Award 2020) has been translated into 14 languages.

"Writers hardly ever make a living from our books," Quintana maintains with sincerity, who will now be able to devote herself to literature full time thanks to a generous prize of $175,000 and the publication of her novel on March 25.

No word yet on when Los Abismos will arrive in the United States, but we eagerly await to read this story where the oppressive atmosphere of maturity and childlike naivety go hand in hand.