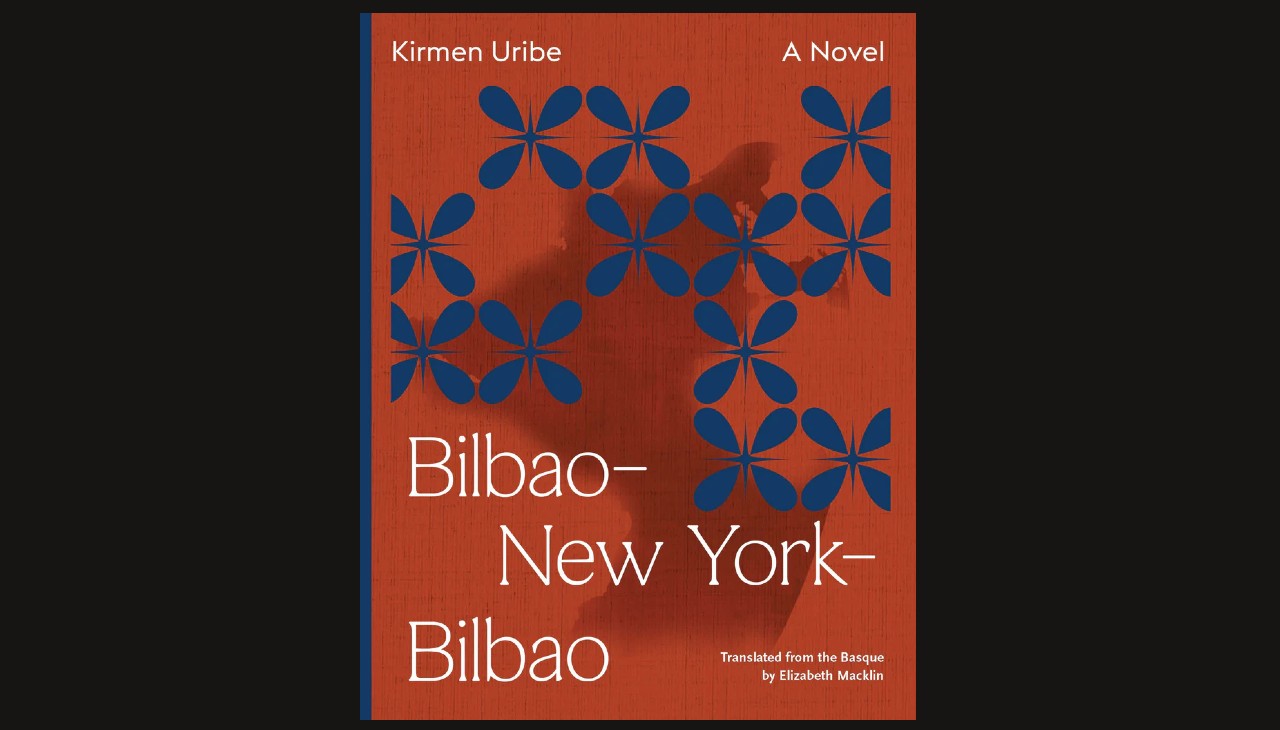 In 2009, Basque writer Kirmen Uribe won the National Fiction Prize for his novel Bilbao-New York-Bilbao, originally written in Basque, which describes the author's imaginary journey from Bilbao airport to New York's JFK airport as he writes the story of three generations of his family.

Thirteen years later, the author has just presented the English translation of the novel at the New York's Lincoln Center (Coffee House Press, translation by Elizabeth Macklin), something that a few years ago “would have seemed impossible,” says the author, a resident of New York since he won a grant from the city's Public Library in 2018 to research in the archives of Rosika Schwimmer, a World War II-era Hungarian pacifist who ended up in exile in the United States. That's because, according to Uribe, U.S. publishers are becoming more open to literature in translation.

“Notice, Olga Tokarzcuk's novel, Flights, was published in the U.S. ten years after its original publication in Polish. And then it won the Booker Prize and later the Nobel Prize. I see that the American audience is now more open to other literary proposals, coming from other countries, and to authors who write unconventional literature. This is my case,” explains the author, currently a professor of Creative Writing at New York University (NYU).

“More than writing well, which is also true, I'm more interested in writing differently, looking for new forms of fiction, based on the changes that are taking place in society,” he adds.

Bringing together various literary genres such as poetry, essays, letters and diaries, Bilbao-New York-Bilbao tells the story of a fictitious flight between Bilbao and New York on which the author himself travels.

“During the flight I reflect on the novel I am writing. A novel about the life of my father, who was a fisherman in the North Seas. The reader can imagine the novel I am writing, each one his own novel. It is a novel that is formally transgressive but with a lot of soul, it is moving. As Lou Reed used to say, emotion comes first, and being innovative is not incompatible with transmitting emotion,” he explains.

We can't write the same as we did fifty years ago

Uribe insists that literature is not something static, but in continuous change. “We can't write the same as we did fifty years ago. The novel of the 21st
century is made of silenced voices and forms not yet invented. Those who have not been able to tell are doing it, women, minorities, and they do it in a different way. We are living in a very interesting time in terms of literary creation, very brave books are being written,” he says.

Being a novel that exudes love and respect for the Basque culture and language, Uribe believes it will be well received in the United States, a country that is increasingly sensitive to the issue of languages.

“Organizations such as Endangered Languages Alliance, Words Without Borders or PEN America itself are working hard in that direction of understanding the planet as a culturally diverse place,” he explains.

However, he believes that bilingual or multilingual education should be promoted more in the United States. “There are few people who leave primary school speaking more than one language. And this is a country where hundreds of languages are spoken...”, she says.

After five years living in New York, Uribe feels at home in the city, even though he misses his family.

“What attracts me most to New York is the cultural creativity. It's incredible. Artists here are always looking for something more. They don't settle. In that sense I feel very free here, very creative, that creativity is contagious,” he says.

In March of this year Uribe published in Spain La vida anterior de los delfines (Seix Barral), a book that rescues the forgotten character of Rosika Schwimmer, while telling us about her personal experiences when she moved to New York thanks to a grant from the New York Public Library.

The novel is currently being translated by Megan McDowell, translator of Samanta Schweblin and Alejandro Zambra, and Uribe is confident that it won't take long for it to be published. “Rosika's story is incredible,” he concludes.