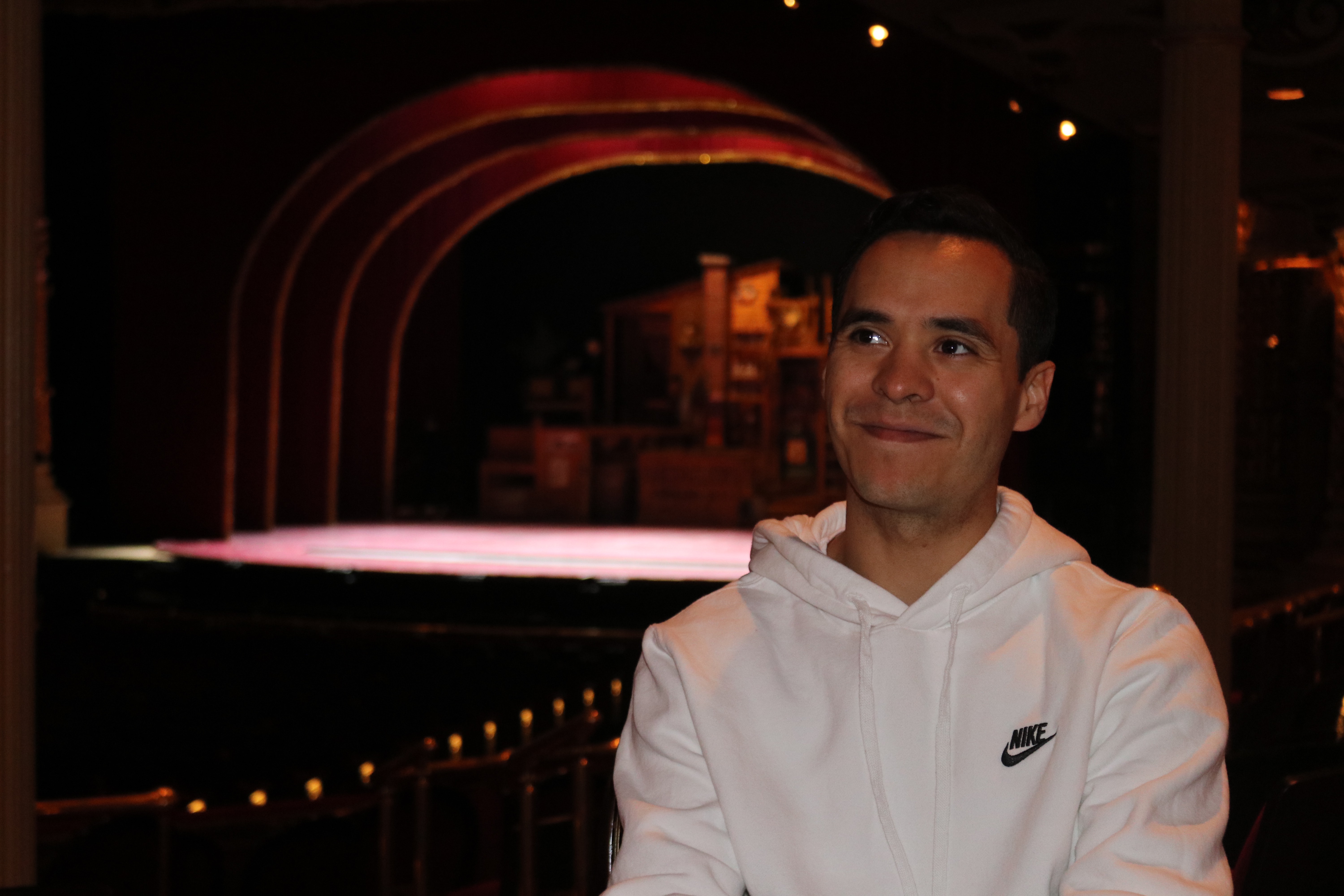 Michael J. Rios, from the cast of Hello! Dolly spoke to AL DÍA about his beginnings as a dancer. Photo: Zitlalit Ayllón/AL DÍA News

This is the story of a Latino who never gave up on his dream of becoming a professional dancer in such a competitive industry.

Michael J. Rios was born and raised in Brooklyn, New York, by Puerto Rican parents. He recalls always having an affinity for the arts, dancing in particular. Although he never went to any private institution, he is very thankful for the artistic education the public school system provided. His teachers found the tools to help him get trained as a dancer in a more professional way.

While earning his Bachelor of Fine Arts at Syracuse University, his career in Broadway took off almost by coincidence. He auditioned for a touring production of “Cats” and from then on, the opportunities came knocking on his door. Rios has been able to dance in the ensemble for well-known productions such as Disney’s Newsies: The Broadway Musical, “Hyped for Halftime” during the 2015 Super Bowl. As well as on national tours like Newsies, Hello, Dolly!, Cats, The Wizard of Oz, the regional production of West Side Story, Hairspray, and Peter Pan.

The world's most acclaimed musical is back in Philadelphia
November 8th, 2022
Lindsay Méndez cast in 'Merrily We Roll Along'
August 23rd, 2022
‘Pretty Woman: The Musical’ kicks off 2022 Broadway at the Kimmel Cultural Campus
January 7th, 2022

Rios is currently on tour with Hello, Dolly! which will be playing at the Academy of Music here in Philadelphia. The show dates run until Sunday, March 1 at 1:00 pm. Click here to find out more about this production.

And to learn more about Rios, watch the video and see what he had to say about his experience.