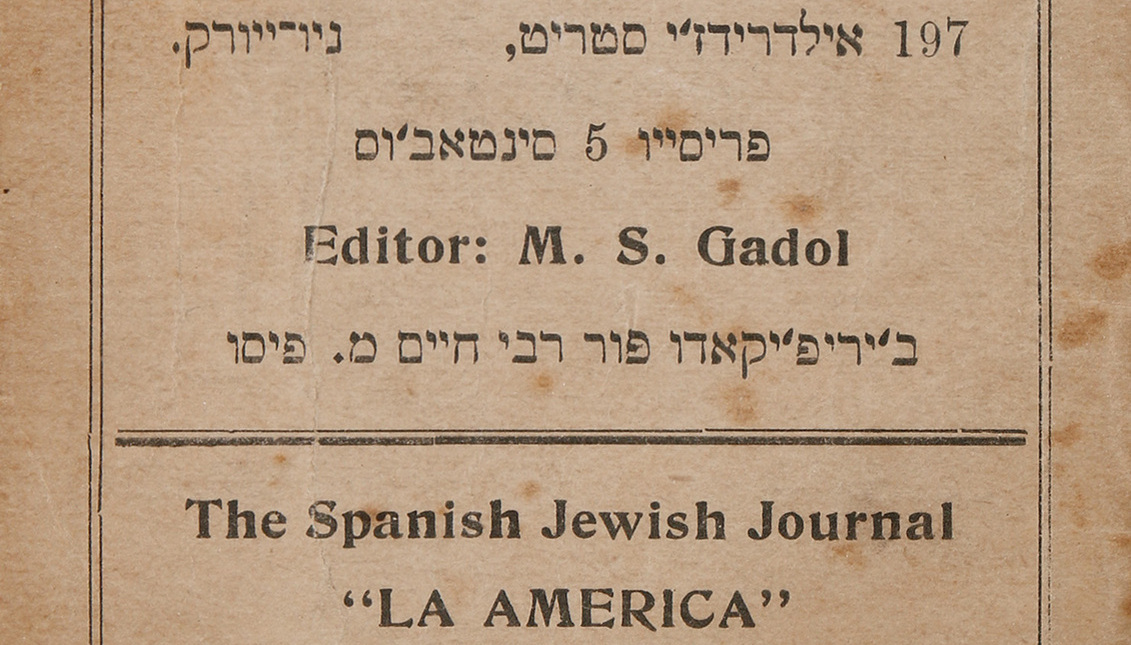 What's the future of the Judeo-Spanish Language?

The COVID-19 pandemic has revitalized interest in the language spoken by the Jews expelled from Spain in the 15th century.

In 1492, the Catholic Monarchs issued the order to expel the Jews from Spain, forcing thousands of people who refused to embrace Christianity to leave their homes and start a new life elsewhere, mainly in North Africa and the Balkans.

In these new homes, the Jews expelled from Spain (called "Sephardim") not only imported their Spanish customs and traditions, but also language. More than 600 years later, the language they spoke in their homes — 15th century Castilian Spanish — is still a living language, passed down from generation to generation as a way of preserving their Sephardic identity.

One of the peculiarities of Ladino is its archaism. Some of the words that Ladino preserves from the past are old words or voices that are not used in today's general Spanish, such as conducho ("supplies"), mancebo ("young man, boy"), or preto ("black").

But as happens in all languages, "Judeo-Spanish has undergone an internal and external evolution, thanks in the latter case to contact with other foreign languages, especially the native languages of the areas where they were established," explained Elisabeth Fernández Martín, professor and researcher in the Spanish Language Department at the University of Almería, in a recent article in The Conversation.

At present, the exact number of people who speak Judeo-Spanish is unknown. The Ethnologue website, quoted by Fernandez Martin, noted that there were 133,000 Ladino speakers worldwide (125,000 in Israel).

Figures provided by the National Academy of Judeo-Spanish (Akademia Nasionala del Ladino, or ANL), the institution responsible for studying and advising on the use of the Ladino language, are more optimistic: about 500,000, 300,000 of them in Israel.

Professor Fernández Martín admits that the number of speakers suffered a major setback in the 20th century, mainly due to the Holocaust, emigration, the existence of weak social networks, the influence of modern Spanish itself, and the disinterest of some Sephardim to maintain their own language.

However, we are facing an evident revitalization, especially thanks to the Internet, as well as the appearance of multiple courses, conferences or workshops — which have proliferated during the COVID-19 pandemic — and are making more and more people interested in learning or recovering the language.

"It cannot be said, therefore, that Judeo-Spanish has disappeared and that today it is not a living language in the world," she concluded.