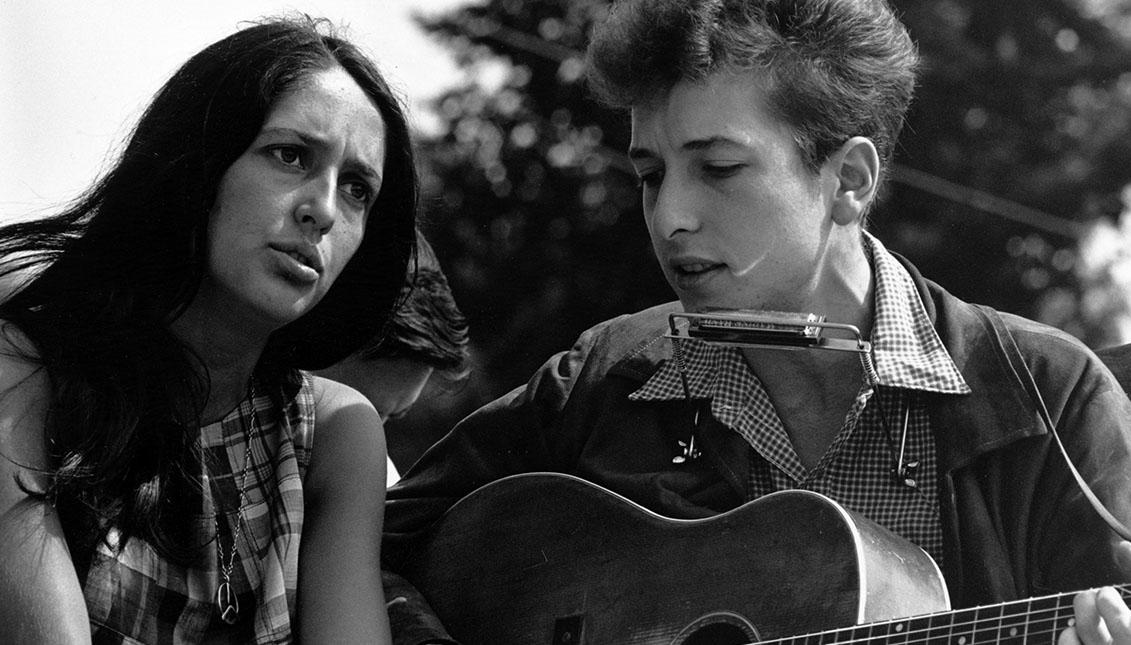 Joan Baez is of Mexican descent and left the stage in 2019. Photo: Wikipedia

A necessary 'tribute' to Joan Baez, the brave pioneer of protest music

Mentor of Bob Dylan and a clear influence for women in music since the 1960s, Baez remains a tireless fighter for democracy today. Why hasn't she gotten an…

On January 21, the mother of the protest song, Joan Baez, will turn 80 years old. She is still on the warpath, celebrating Joe Biden's victory with jumps and dances in a supermarket, as we saw on social media when the election results were announced.

One could say that it is as timeless as her music, that the justice she sang for in the 60's and before she retired from the stage last year, still needs leaders like her to harangue us to change.

But despite her central role in music and activism and presence in the Rock & Roll Hall of Fame, no biography of the famous Baez has ever been published in English.

Thankfully, this is over.

Joan Baez: The Last Leaf (Palazzo Editions), written by folk music expert Elizabeth Thomson, is the first tribute to the adventures and contributions of a true musical icon. Thomson travels with the singer through her life and memories and reveals very particular moments that cannot be separated from the history of the United States protest movement.

But why now, why didn't it happen before?

"It surprises me, since a lot of people who don't deserve biographies have one," she told the Daily Bulletin Thomson, who found it difficult to sell articles about Baez to magazines.

Sexism, she says, may be the reason for minimizing the achievements of the artist, who paved the way for musicians like Bob Dylan, much more famous than herself. But "any woman who has picked up a guitar after 1963 was influenced by it," she says.

On the other hand, Báez has also not let herself be pigeonholed nor was she ever a musical product. Proof of this is that she recorded an album in Spanish (Gracias a la vida, 1974) and toured Latin Americain in spite of her double origin as Mexican and Scottish-British, which made it difficult to position herself as a Latin or Mexican performer.

Vicente Fernández's series is the most watched on Netflix
September 20th, 2022

Baez is an artist of the world, the forerunner, as she recalled to her biographer, of what we know today as ethnic music. Her repertoire includes traditional folk ballads from many places and she recorded songs in Portuguese, French, and German before others, such as David Byrne or Tom Schabel.

But there is much more that can be said about the activist Joan Baez, the woman who is still linked to the political and social trajectories of the United States, talking about Bernie Sanders, the hearings of Brett Kavanaugh, or the murder of George Floyd.

A friend of Martin Luther King himself, the book recounts Baez's tour of Black college campuses in the South and his insistence that Blacks and whites should be together. She also refused to pay 60% of her taxes to protest defense spending during the Vietnam War. When the singer was jailed for blocking an army recruitment center, Dr. King went to see her to show his support.

She was also linked to the Nuclear Freeze movement, the United Farm Workers movement, and helped the Vietnamese boat people, which, Thomson recalls, earning praise from then-Governor Ronald Reagan.

A social commitment, for peace and against violence that is in Joan's DNA and, according to Elizabeth Thomson, is based in part on the Quaker ideals in which the artist was raised.

Now that we need so many figures to inspire us to change, it is time to revisit the stories of those who have nurtured our culture for the better and continue to do so.