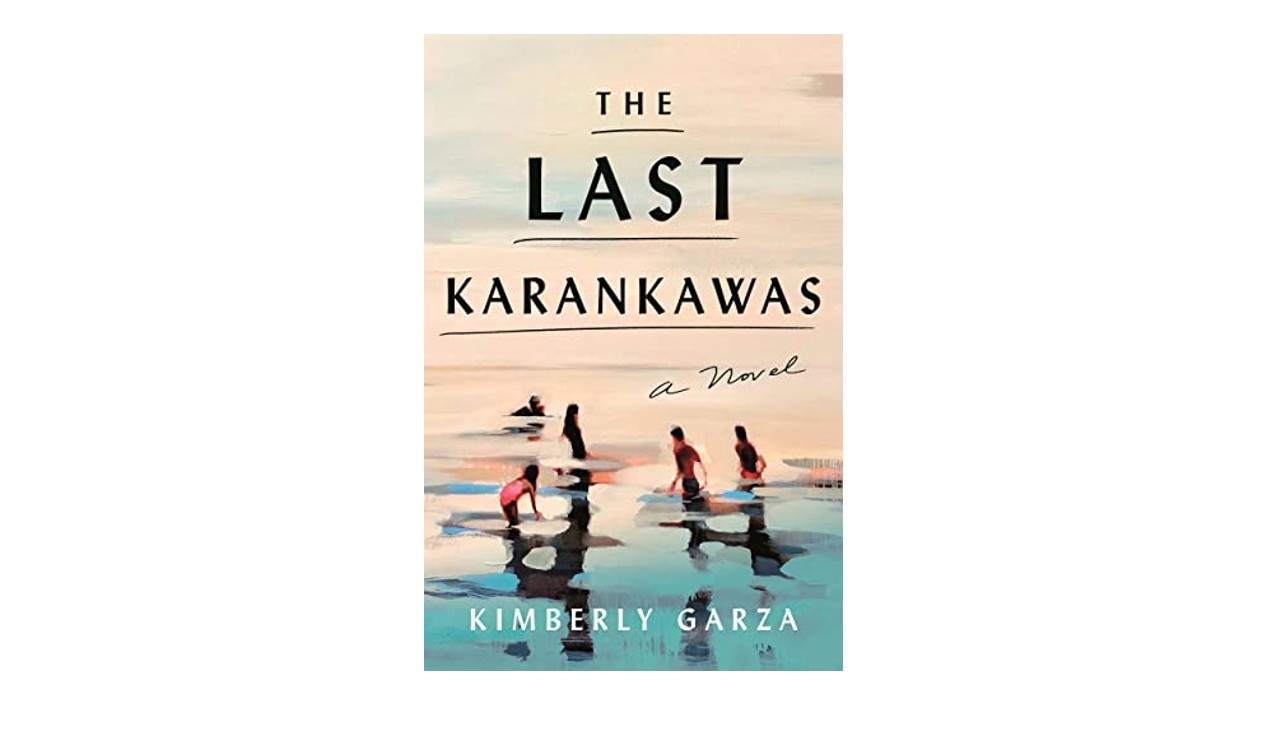 ‘The Last Karankawas’: Identities Can Be Tricky

Born to a Latino father and a first generation Filipino American mother, Kimberly Garza was raised in Uvalde, Texas, but she was born in Galveston, also Texas, “where her childhood visits to relatives took on a fairy-tale quality,” as reported by the Texas Monthly. Mostly all the Filipino community in Galveston went to Sacred Heart Church and worked at the University of Texas Medical Branch, UTMB, next to the Fish Village, the neighborhood where her relatives lived, and where her debut novel, The Last Karankawas (Henry Holt, sept 2022) is set.

A popular tourist destination and major shipping port, Galveston attracts millions of visitors each year. Yet of those who come to drink by the beach, few stray from the boulevards to Fish Village, home to individuals who for generations have powered the island.

The novel happens in 2008,  when Hurricane Ike is about to batter the Gulf Coast and shake the lives of its residents. Carly Castillo has only ever known Fish Village. Her grandmother Magdalena claims that they descend from the Karankawas, an extinct indigenous Texan tribe, thereby tethering them to Galveston. But as Carly ages, she begins to imagine a life elsewhere, undefined by her family’s history. Meanwhile, her boyfriend and all-star shortstop turned seaman, Jess, treasures the salty, familiar air. He’s gotten chances to leave Galveston for bigger cities with more possibilities. But he didn’t take them then, and he sure as hell won’t now. When word spreads of a storm gathering strength offshore, building into Hurricane Ike, each Galveston resident must make a difficult decision: board up the windows and hunker down or flee inland and abandon their hard-won homes.

As reported by the publishers of the book, The Last Karankawas weaves together a multitude of voices to present a lyrical, emotionally charged portrait of everyday survival. The result is an unforgettable exploration of familial inheritance, human resilience, and the histories we assign to ourselves, reminding us that the deepest bonds are forged not by blood, but by fire.

Garza began writing The Last Karankawas when she was a graduate student at the University of Texas at Austin and then the University of North Texas, with the goal of digging in the intersection with Mexican Tejanos and Filipinos, an often overlooked community. "I liked the idea of portraying different characters from different backgrounds and different parts of the world," she told Texas Highways.  “Identities are tricky. You can have many of them. I’m also interested in the conflict that can come from questioning your responsibilities to a place or to a family or to a people. It’s something about the ties that bind—and how deeply they bind and how fast they bind.”

Another interesting point of Garza’s debut novel is that the characters speak to each other in Spanish, Tagalog (a native language of the Phillipines), and English throughout the novel.

“In recent years, it’s very liberating to see different languages being used more and more in all aspects of art. It felt honest to portray the switching constantly and the use of all three at different times and for different characters. This how we speak. This is what we sound like. This is what we think like,” the author told Texas Highways.  Every reader will access it differently, but I wanted it to feel truthful, " she concluded.