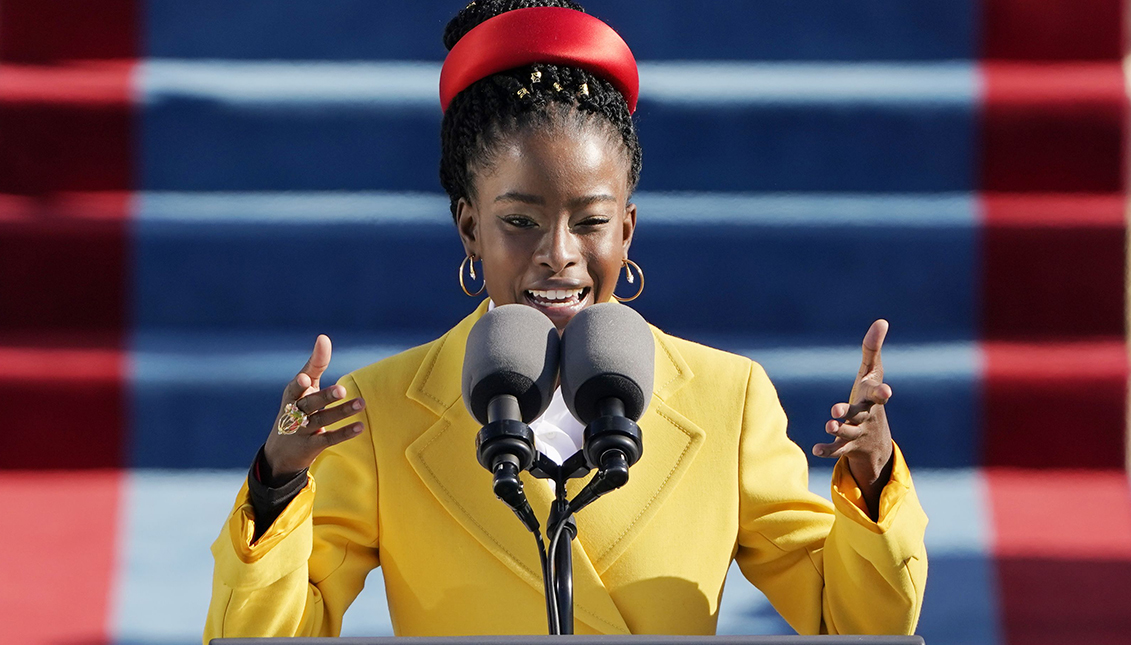 Amanda Gorman, from "icon" to "threat"

The celebrated African-American poet and activist reported on social media that she was followed on March 5 by a police officer in her neighborhood. The reason…

Monday, March 8 starts the selection of the jury in the trial of former police officer Derek Chauvin, who murdered George Floyd in Minneapolis and sparked the protests that led to the massive expansion of the Black Lives Matter movement. Despite the explosion in support, we still seem to be walking backwards like crabs.

If not, just ask poet Amanda Gorman, who denounced on her social media, a case of racial prejudice in which she has found herself immersed in over the weekend.

Gorman (22), who became an inspiration to the country after reciting the poem "The Hill We Climb" at President Biden's inauguration, claims to have been followed by a police officer on Friday night, March 5, as she was about to enter her home.

The activist, who lives in Los Angeles, a city that has recently been in the eye of the storm over rising instances of racism and institutionalized violence, explained on Twitter that the police officer accosted her on the street and asked her if she lived in the neighborhood.

"You look suspicious," he said, according to Gorman.

She showed him the keys to her home, which she was about to enter.

"He left, no apology," the activist added. "This is the reality of Black girls: One day you’re called an icon, the next day, a threat.”

An urgent change of focus

As situations like the one Amanda Gorman experienced continue to play out on the streets of the country on a daily basis, racial justice activism is losing steam in witch hunts that add nothing to the heart of diversity.

Just a week ago, the very young winner of the International Booker Prize in 2020, Marieke Lucas Rijneveld, had to give up translating Amanda Gorman, even though Gorman had been delighted at the prospect of being joined by another young talent who grew up in a difficult environment, because of the campaign initiated by journalist and activist Janice Deul.

Deul believed that the person who should translate Gorman into Dutch had to be "a spoken word artist, young, female and unapologetically Black." When the campaign became too crude, Marieke had to give up the job to the astonishment of translators all over the world.

Maybe it's time to start focusing on the fights that do need to be fought, and stop dividing so that others win. Those who always win.