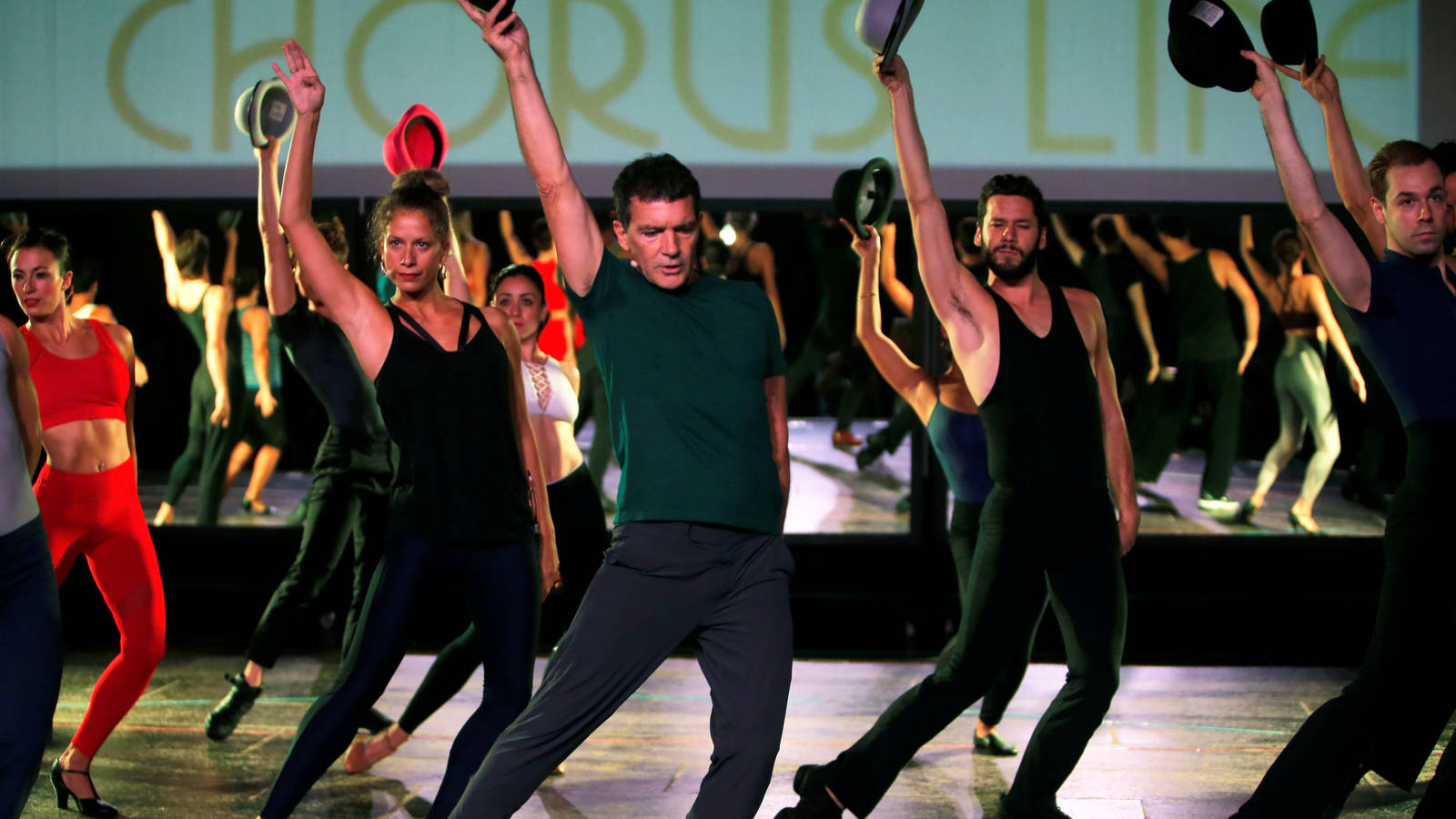 Antonio Banderas and the cast of A Chorus Line. Photo: Reuters

Antonio Banderas returns to the theater with 'A Chorus Line'

Following the February 2020 premiere of A Chorus Line, Antonio Banderas will return as producer of the musical in April 2022.

After the successful premiere of A Chorus Line in February 2020, Antonio Banderas returns as producer of the musical to offer performances in Barcelona from April 23 to May 15, 2022. This time, the Tivoli in Barcelona will be its stage after seeing success in Madrid.

The show is produced by Banderas, the Soho CaixaBank Theater and John Breglio, and is a revision of the original production, which ran for 15 years.

The musical production features a live orchestra of 15 musicians under the musical direction of Pau Baiges in addition to the 26 performers who are part of the play. Manuel Bandera joins the cast of the show as the main character, who plays a Broadway choreographer looking for the best dancers for his new show.

Originally, A Chorus Line was a musical conceived, directed and choreographed by Michael Bennet in 1975 with libretto by James Kirkwood and Nicholas Dante. In charge of the music was Marvin Hamlisch, while Edward Kleban's songs were inspired by the real-life experiences of the original cast members. The musical won a Pulitzer Prize and nine Tony Awards.