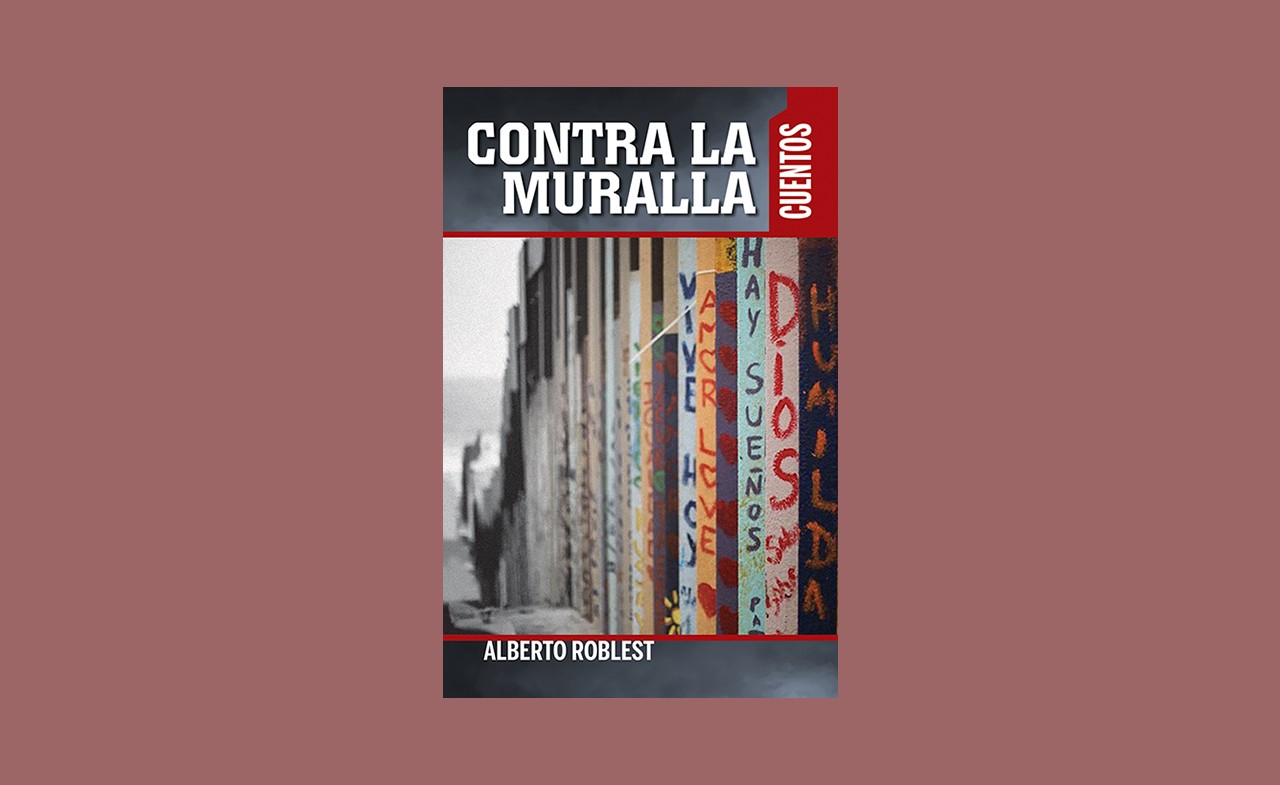 'Against the Wall': When magical realism meets reality

D.C.-based Latino author Alberto Roblest is the author of 'Against the Wall,' a collection of short stories about loneliness, capitalism and immigration.

Can magical realism be used to talk about such poignant issues as migration, police corruption and abuse?

That’s what Alberto Roblest, a Latino author based in Washington D.C., manages to do in Against the Wall / Contra la muralla, a collection of 17 stories featuring characters who “find themselves with their backs against the wall, whether literally or figuratively,” according to the book’s publisher, Arte Público Press.

Published first in an English translation on September 2021  and now in its original Spanish, the stories explore timely topics, such as immigration, police abuse and corruption, although legendary Mexican figures like La Chingada also make appearances.

In the prologue to this inventive Spanish-language collection, the exhausted protagonist finally reaches the doors to paradise after an arduous journey, but the desired entrance doesn’t have a handle or keyhole and there’s no bell or intercom. He considers climbing over it, but the wall reaches to the sky. He thinks of magic words that might open it and even kicks it, but to no avail. The long, difficult trip brings him to nothing except a concrete wall surrounded by desert.

“The death of my father in 2017 was a hard blow for me. I decided to write a story dedicated to him. That was the beginning, paying tribute to him," Roblest said in an interview with Hola Cultura, an arts and humanities website he cofounded. “But I quickly discovered that I wanted to write something dedicated to other people, living and dead — sort of like homages to my literary heroes and my family, some great friends and teachers. As for whether they are based on real events, not at all. I regularly make everything up, always with one foot in reality and the other someplace else.”

The characters in these 17 stories find themselves with their backs against the wall, literally and figuratively. They run the gamut from undocumented immigrants to faded rock and soap-opera stars and even at the Washington Monument. The eyes of the world focus on the blackened obelisk, which is covered in millions of insects, as government forces attempt to deal with a national emergency.

Several pieces deal with people who are lost or long to go back in time. In one, Ramírez wakes up disoriented to discover he — along with untold others — is trapped in a bus terminal, unable to leave the Lost & Found area that’s piled high with thousands of suitcases, trunks, backpacks and packages.

Strange dreams pervade the nights of others. A female monster, 'la chingada,' chases a man through a maze full of garbage and starving children, and wonders if he should confront his destiny. A worker falls asleep on the subway after a triple shift and dreams he’s in a pool with Death swimming towards him. “Almost all my stories are tributes to other books or authors,” the author told Hola Cultura. Roblest is an admirer of Mexican writer Juan Rulfo, whose works led him through the paths of magical realism.

Exploring topics such as immigration, corruption and police abuse from the perspective of magical realism, Roblest expertly depicts the loneliness and uncertainty of people struggling to survive, but who yearn for something more elusive. These moving portraits reflect the lives of those who must breach the walls — physical, social, political and cultural — blocking their paths.

An award-winning digital artist, writer and educator, Roblest is the co-founder of the arts and humanities website, Hola Cultura, and serves as its artistic director and Spanish-language editor. He lives and works in Washington, D.C.