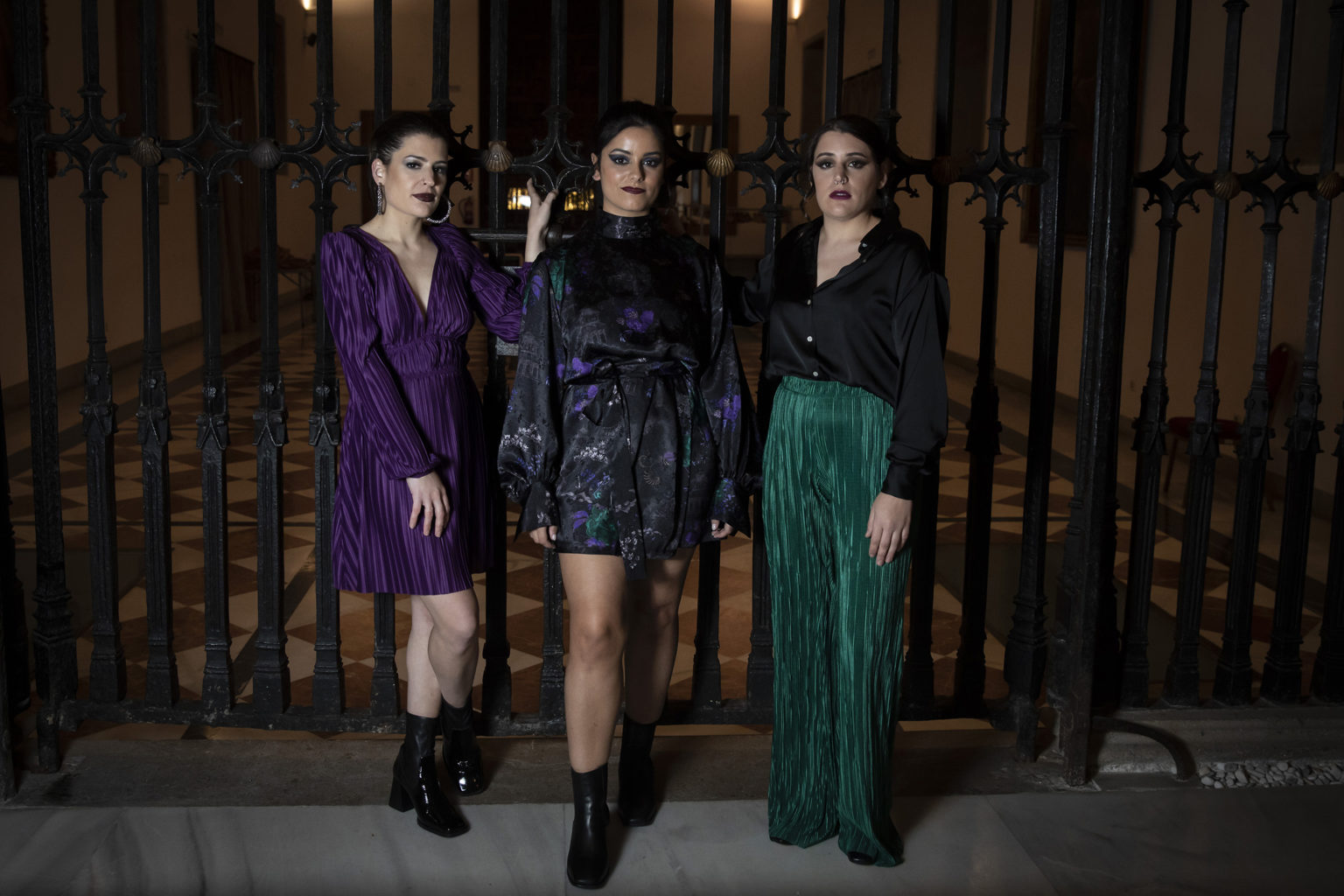 The group formed by Sabela Maneiro, Aida Tarrío and Olaia Maneiro became popular after their surprising performance at the Benidorm Fest

Las Tanxugueiras continue betting on their original formula, fusing the traditional music of Galicia with an open mind to evolution. This is shown again in their single "Desidia," a new single off their third album that is now available on all digital platforms.

The group formed by Sabela Maneiro, Aida Tarrío and Olaia Maneiro became popular after their surprising performance at the Benidorm Fest, where they competed with Chanel and Rigoberta Bandini to represent Spain at Eurovision. Now, in "Desidia," they present a new musical and video production, where they claim the importance of self-care.

For this purpose, the Galician band show the process of listening and freeing themselves from guilt to advance in life through a peculiar dance featuring a man and a woman.

“Sometimes it is necessary to stop and listen to our body. Understand what it tells us and what asks of us without having to feel guilty for not being, not giving, not reaching what is required of us. We have to feel liberated from that guilt,” the band points out in a press release.

It is a vindication of the right to stop, to be able to return and enjoy, and grow even stronger. During the three and a half minutes of the song, the two protagonists dressed in white are surrounded by nature, and join their bodies in hugs and caresses. As usual, the music and lyrics are inspired by traditional Galician melodies and popular lyrics, which contribute to providing a liberating sound, leaving behind apathy and a lack of motivation. Stop, gain momentum, and get back up.

The video clip for “Desidia” was directed by Trece Amarillo and produced by PlayPlan, and was shot last May in various locations in the Rías Baixas of Galicia. The central figures of the video are played by Carla Cervantes and Justin de Jager, specialists in "threading," a dance style in which bodies are intertwined.

Unlike their other music videos, Las Tanxugueiras do not appear on stage. "Desidia" is the fourth song they have released from their new album, whose publication date is still up in the air. Previously, the songs “Figa,” “Averno,” and “Pano corado” were released. The last of those three, published three weeks ago, was a song about free love. To promote their latest single, the Galician trio shared portions of the video on their social media platforms.

“Desidia” leaves behind the experiments they tried on other songs like “Midas,” where Las Tanxuguerias dared to fuse traditional music with urban sounds like trap and electronics. In any case, they continue on the path of searching and exploring their own sounds.

The trio follow the legacy of the pandeireteiras, the women who worked to keep traditional Galician music alive, to review it and launch it back into the world. All with a touch of modernity, with their own style and a strength that has made them triumph on the stages of various countries. Some of their songs, such as “Terra,” have been played more than 11 million times on digital platforms.