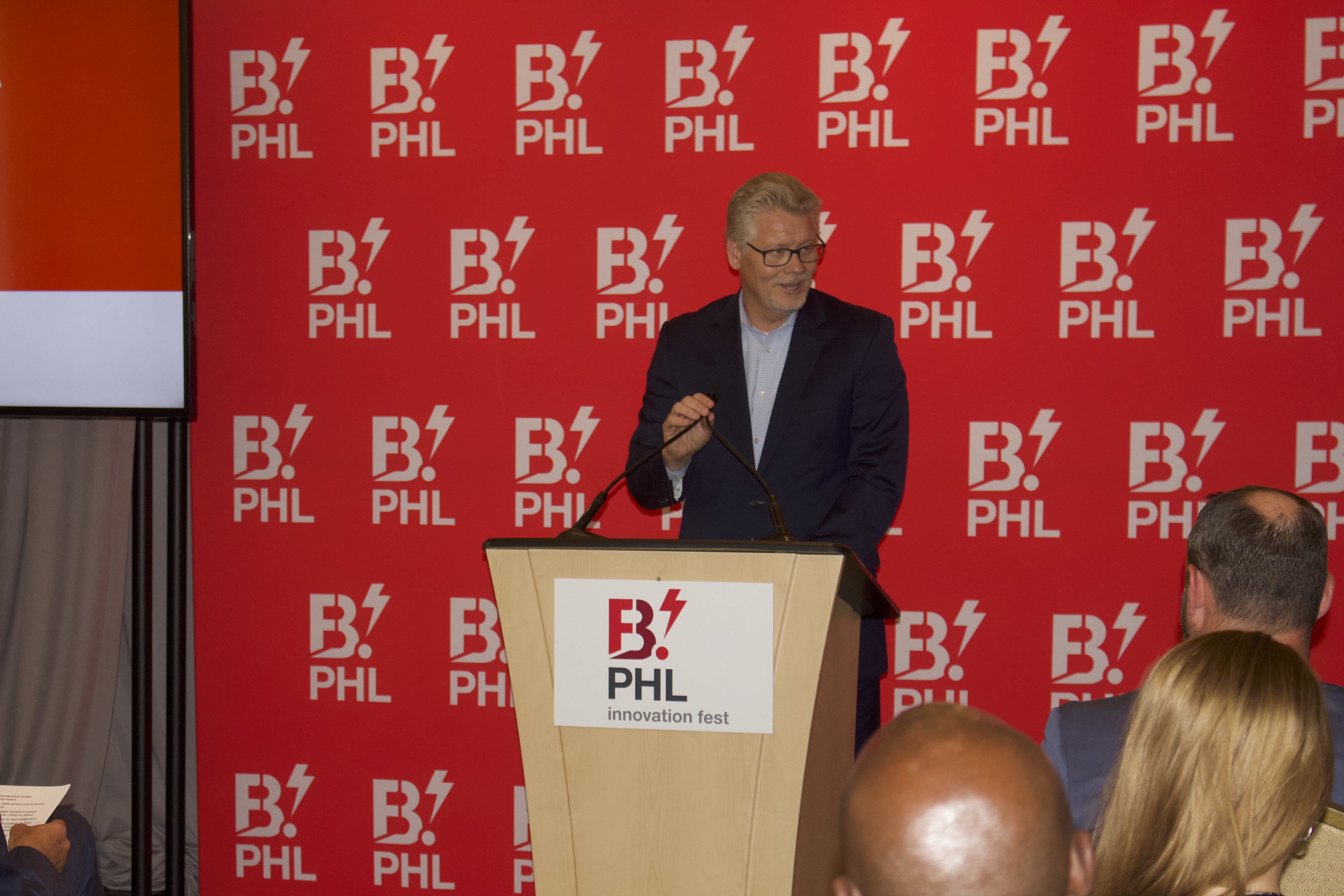 The long-time President of the Chamber of Commerce for Greater Philadelphia will step down once his contract expires June 30, and begin his new role on July 1.

Five months after announcing plans to step down as president of the Chamber of Commerce for Greater Philadelphia, Rob Wonderling’s next career chapter has been revealed.

Wonderling has been named the new director of Faith and Liberty Discovery Center (FLDC) in Philadelphia. Patrick Murdock, founder and previous executive director of the FLDC, was named vice president of the American Bible Society in October.

Opening its doors in July 2021, the state-of-the-art museum was launched with the goal of illuminating the profound impact faith has had on both American history and current events.

It's a mission that Wonderling wholeheartedly believes in.

“I have walked in faith for a long time. I truly believe the Bible can change hearts, minds, lives, communities — and a city and a nation for the better,” said Wonderling in a press release. “I really wanted to throw myself into something that would be useful and purposeful and that would be innovative and creative.”

“That is the Faith and Liberty Discovery Center,” he added.

In the upcoming role, Wonderling will spearhead efforts to increase local, state and national visibility, visitation and community engagement for the center. He will also help advance the vision of seeing Americans engaged with the Bible and be inspired by its life-changing message.

The goal is to transform the city as it leads with civility, gratitude, kindness, generosity and selfless service for the common good.

Wonderling’s first day as the new executive director of FLDC will be July 1, the day after his contract with the Chamber of Commerce of Greater Philadelphia expires.

He joined the Chamber in 2009, helping launch a number of initiatives with an eye toward advancing the region’s businesses, and strengthening opportunities for entrepreneurs and diverse-owned businesses.

Among his accomplishments during his nearly 13-year tenure include establishing Greater Philadelphia as a global leader in healthcare innovation, cell and gene therapy businesses and a premier talent hub; launching the Neighborhood Growth Project to help lift people out of poverty and make investments in the city’s people and future; expanding the CEO Access Network to connect CEOs and diverse entrepreneurs of color to create economic opportunities; advocate for inclusive job growth policies and legislation at all levels of government; and much more.

Robert L. Briggs, Chairman of the FLDC’s Board of Managers and CEO of American Bible Society, noted that no one is more qualified to lead the organization than Wonderling.

Wonderling is also a former Pennsylvania State Senator from 2002 to 2009. He was also Chairman of the Communications and Technology Committee and later Chairman of the Transportation Committee.