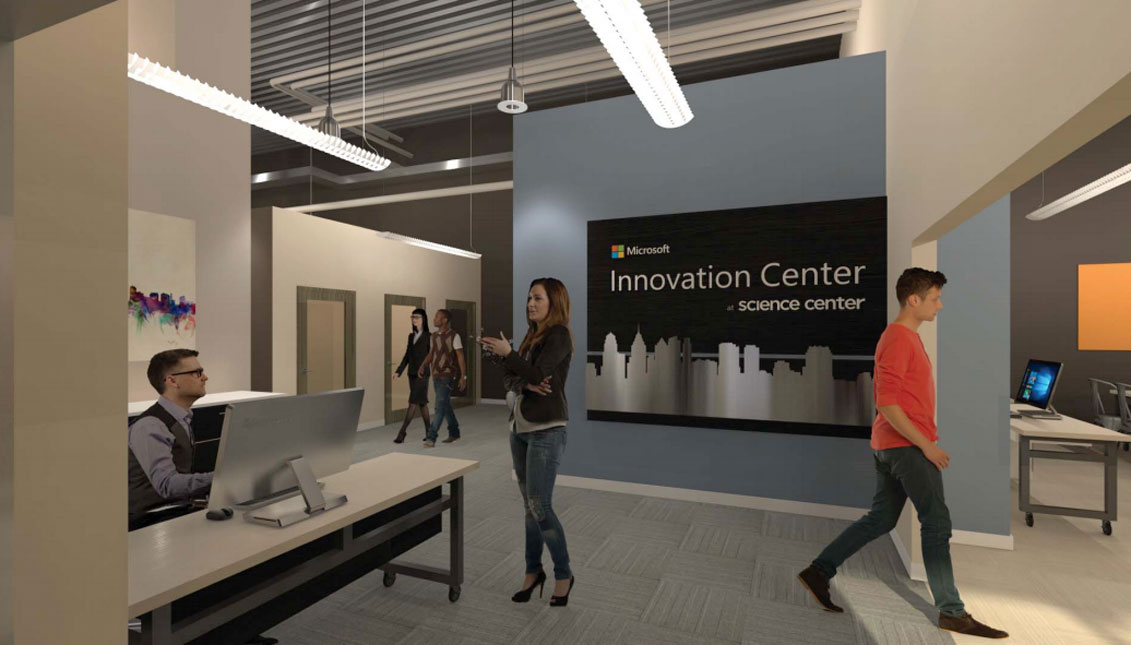 Microsoft Innovation Center to open in Philly this summer

Microsoft has a plan to ignite economic development in Philadelphia and it involves opening a new outreach center in University City this summer.

The Microsoft corporation has a plan to ignite economic development in Philadelphia and it involves opening a new outreach center in University City this summer.

The Microsoft Innovation Center (MIC) is the result of collaboration between Microsoft, SeventySix Capital and Wexford Science & Technology. The 38,000 square-foot center will be the first in the Philadelphia area and will be located at the University City Science Center, along 3711 Market Street.

“Bringing Microsoft to Philadelphia and uCity Square is a game changer on many levels,” said Science Center President & CEO Stephen Tang, in a press release.

The MIC will also offer a means to engage neighborhood, innovation, and entrepreneurial communities, Tang added. Giving them access to Microsoft technology and training.

Joining other centers from around the world, the first Microsoft Innovation Center in the U.S. was opened in Miami in 2014.

Through a combination of programming and outreach activities, Microsoft will work together with the Science Center and SeventySix Capital to create opportunities for the local tech startup community here in Philadelphia.

The MIC is slated to be open by this summer. During the Democratic National Convention in July, the center will host different programs and events that will focus on the topics of technology and civic engagement.

After the convention ongoing technology and innovation focused programming will be developed that will offer startup and the neighboring communities access to Microsoft resources.

The MIC will also host activities that will connect underrepresented communities with STEM (Science, Technology, Engineering and Math) activities and careers.

Wayne Kimmel, managing partner of SeventySix Captial said their shared vision with Microsoft is to build an open and accessible venue.

“This is an amazing win for Philadelphia! Jon Powell, our team at SeventySix Capital and I are thrilled to see our hard work pay off to attract Microsoft, a Fortune 50 tech company, to our city,” he said.