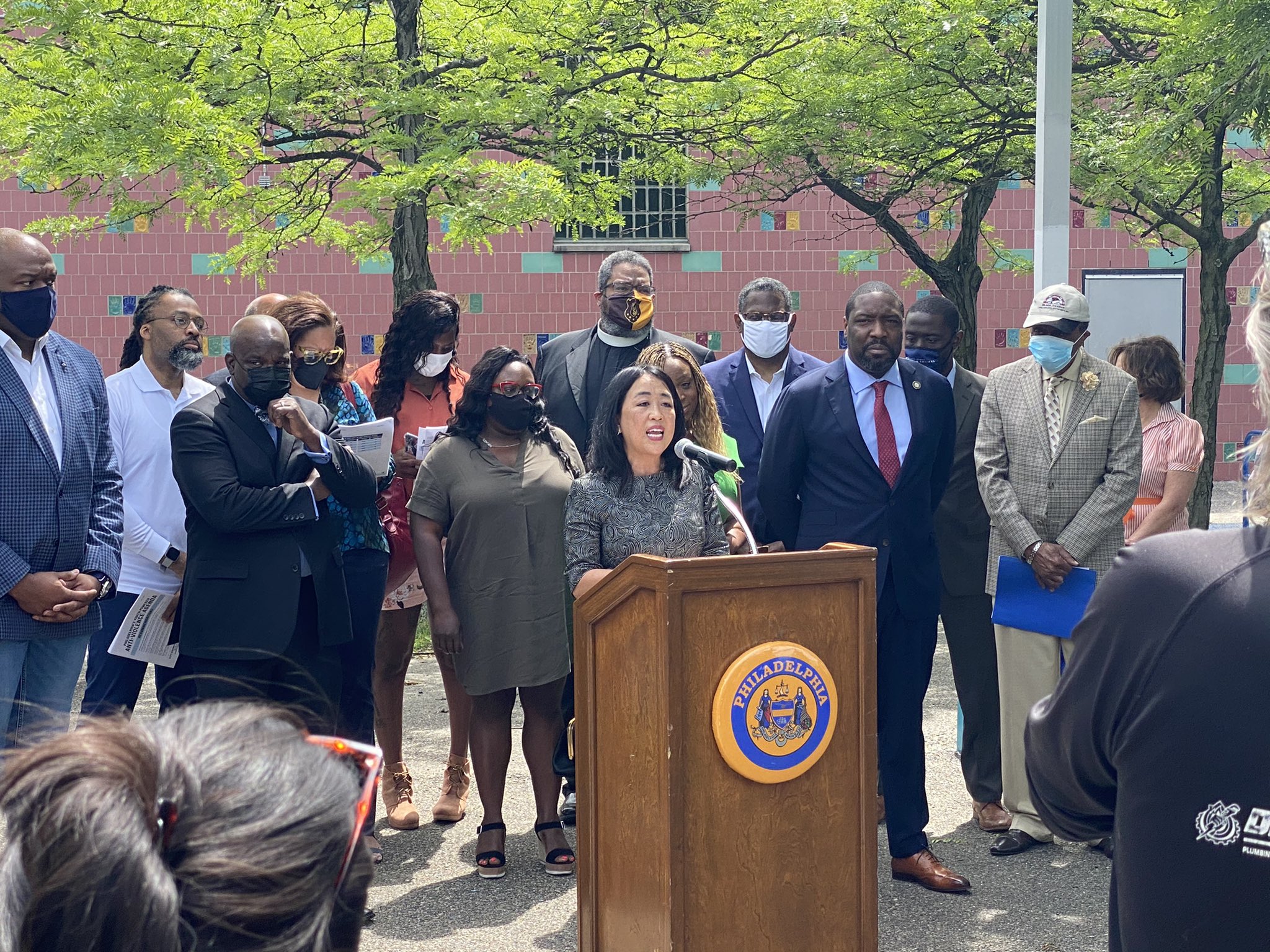 The Youth Powered Anti-Violence Agenda calls for the funds to be allocated from Philly’s share of the American Rescue Plan Act.

After what was already a violent 2020 amid the COVID-19 pandemic, 2021 is shaping up to be one of the most violent in Philadelphia’s recorded history as the city heads for the Summer, when there is almost always an uptick in violence.

In the past two years, that violence has particularly impacted Philadelphia youth.

According to a new report released by Philadelphia City Council’s Committee on Children & Youth, there have been 821 people under the age of 21 killed or injured by gun violence since January 2021. It came after the committee surveyed community members and held two town halls on the topic of student needs and school communities.

The report also pinpointed the zip codes and schools in the city most impacted by gun violence, with the areas around Kensington, Strawberry Mansion and parts of West Philadelphia appearing the most.

Its purpose was both to put numbers behind how much the city’s current gun violence epidemic has affected its youth and as a launchpad for city leaders’ and advocates’ new Youth Powered Anti-Violence Agenda.

In short, the agenda calls for $50 million and up of Philadelphia’s overall $1.4 billion allocation from the American Rescue Plan Act to go towards youth support systems in hopes of curbing some of the city’s gun violence.

City leaders behind the agenda say the $50 million or more allocation is in place of a $343 million wage and business tax cut that Philly can’t afford coming out of the pandemic.

“We must instead invest in programs and services that will improve the lives of young people, prevent spiraling violence, and build a system where youth grow up knowing their lives are valued and their potential is limitless,” said Councilmember Helen Gym at a press conference announcing the agenda on June 1 in Hawthorne Park.

There are seven areas of general support recommended in the agenda and additional suggestions specifically for schools.

The initial recommendation is to target the most-affected zip codes with the most funding and resources. Most that come after center on providing those communities with specific resources that are as follows: more job opportunities for youth, expanding rec center hours, more youth programs, better housing options.

Other efforts suggested in the agenda would establish a 24-hour trauma hotline, a rapid response team for communities in the aftermath of shootings, and ways to rethink both violence mediation and 911 response.

Gym was joined in Hawthorne Park on June 1 by a number of her city council colleagues and advocates that confront the city’s gun violence epidemic on a daily basis.

Councilmember Jamie Gauthier echoed the words of an op-ed she and Councilmember Kenyatta Johnson wrote a couple weeks back, highlighting different ways the city could spend its American Rescue Plan Act funding to positively impact gun violence in the city.

“We have a historic opportunity with the American Recovery Act to make meaningful investments in lifesaving initiatives,” she said.

Part of that historic opportunity in Gauthier’s eyes is finally looking at gun violence in the city as a public safety, public health and racial justice priority “all wrapped in one.”

She has long called on Mayor Jim Kenney’s office to declare a public health emergency for gun violence in the city, and is also a major reason there are now weekly gun violence hearings.

Kenney’s initial budget proposed an increase of $18.7 million for anti-violence initiatives with a five-year plan to increase them by $70 million.

Le’Yondo Dunn, principal of Simon Gratz High School Mastery Charter, who also spoke at the announcement, drove home the importance of putting youth at the center of that gun violence fight.

“Who’s with us to take on this crisis? Specifically, who’s with us to protect and fight for young brown and Black lives?” she asked. “We need our elected leaders to be bold and make tough decisions and our faith and community leaders to continue to stand strong. Thoughts and prayers are hollow without action.”