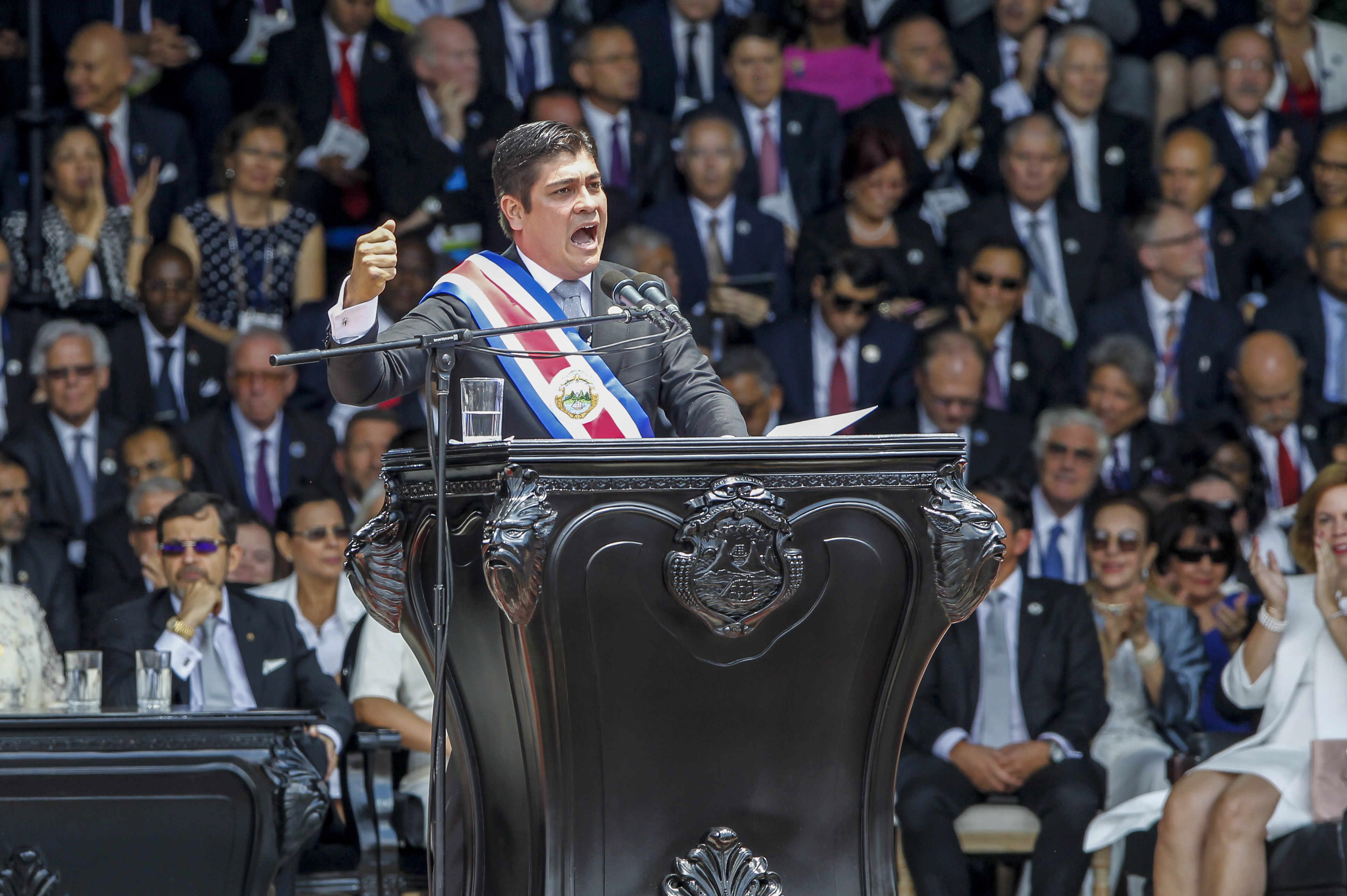 The President-elect Carlos Alvarado participate in the investiture ceremony, in the Plaza de la Democracia, in San Jose, Costa Rica, May 8, 2018. EPA-EFE/Alexander Otárola

Carlos Alvarado is a 38-year-old journalist, writer, and musician.

Carlos Alvarado took the oath of office on Tuesday as Costa Rica's president for the 2018-2022 term.

Alvarado was sworn in by the speaker of the Legislative Assembly, Carolina Hidalgo, who, like the new president, belongs to the center-left Citizens' Action Party (PAC).

The 38-year-old journalist, writer, and musician thus succeeds historian Luis Guillermo Solis, who - likewise - is a member of the PAC.

The inauguration ceremony for the former labor minister took place at Democracy Plaza in the center of San Jose and was attended by some 2,000 citizens, as well as 108 international delegations, seven of them led by heads of government.