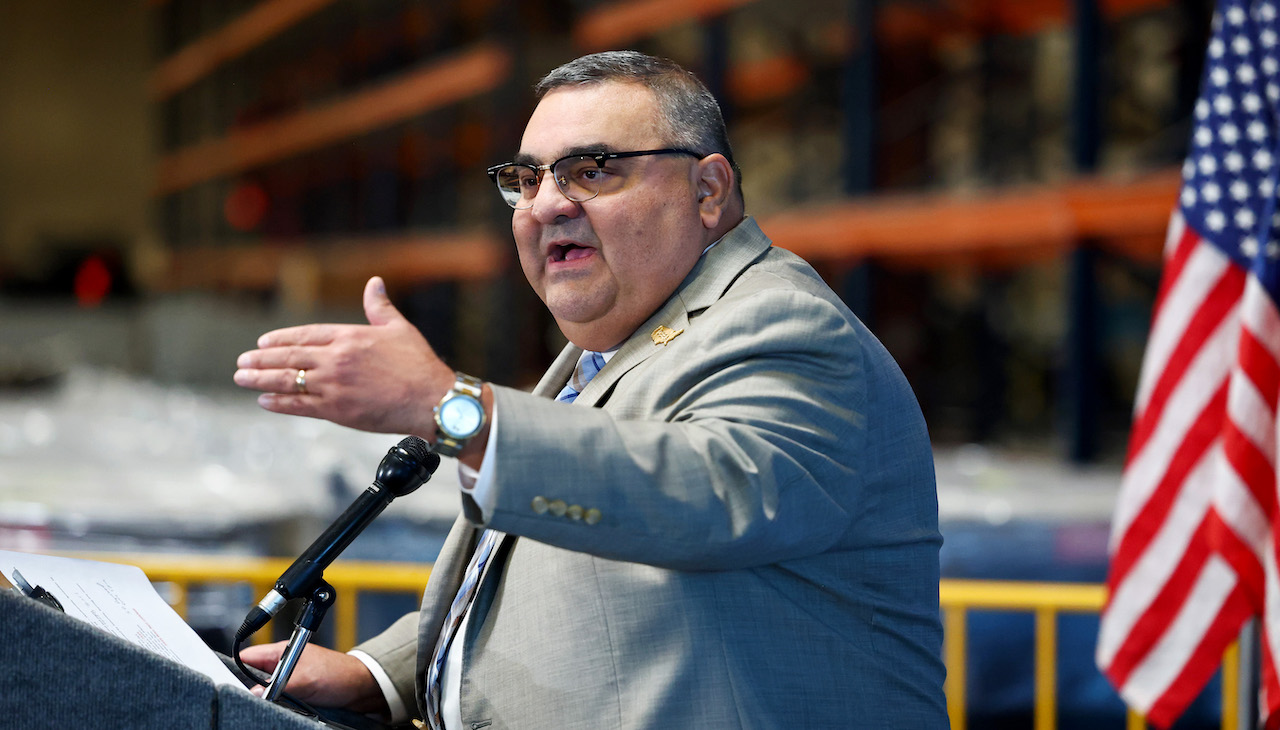 Nevada’s most populous county said it will be done counting by the weekend. It features a Senate race that could affect balance in the chamber. Photo: Mario Tama/Getty Images

Nevada’s most populous county said it will be done counting by the weekend. It features a Senate race that could affect balance in the chamber.

As races across the country have yet to be called with ballots still being counted, Democrats and Republicans have their eyes on two states — Arizona and Nevada. Control in Congress hinges on the results of these two states, specifically in Nevada’s Senate race where incumbent Sen. Catherine Cortez Masto trails her Republican challenger Adam Lexalt by just over 9,000 votes.

In Clark County, Nevada’s most populous county, ballots are expected to be counted fully by this Saturday, according to Clark’s top election official.

Clark County’s Registrar of Voters Joe Gloria announced at a press conference Thursday that more than 50,000 ballots remain uncounted and further defended their pace after some recent criticisms from former President Donald Trump and the Nevada GOP.

Gloria also said that the uncounted votes are all mail-in ballots. As for the pace, mail-in votes require workers to individually compare voters’ signatures on their ballots to the state’s records on file. But Clark County does have an abundant amount of workers according to Gloria. Nearly 200 people are currently tasked to count those votes, and every night will yield in new numbers.

Gloria added that the county also has to be compliant with statutory deadlines for voters whose mail ballot signatures did not match state records. Those individuals have until next Monday evening to cure their ballot. Nevada as a whole has also not counted provisional ballots.

“We have provisional ballots that we cannot process until we’ve sent all of the information up to the secretary of state, who then compiles a report with all 17 counties so that we can identify any duplicates or somebody who has illegally voted in more than one county, which is something that we certainly want to prevent to uphold the Integrity of our process,” Gloria said.

The state currently permits residents to register to vote on Election Day. As a result, their ballots will be considered provisional ballots until their registration is processed. Gloria said those particular ballots will not be reported until at least next Wednesday. Currently, that is an additional 5,555 new votes that could benefit either party.

As of Friday, Nov. 11, the GOP held small leads in the Silver State’s gubernatorial and Senate races. However, the remaining votes will likely favor Democrats, giving the party the advantage it needs to get closer to getting control in the U.S. House. Also in Clark County are a number of close house races that have yet to be called. The pace has resulted in much criticism from the state’s Republican Party.

“Unacceptable that Clark County is so poorly managed that they failed to plan to release election results Election Night. Just one more example of failed Democrat rule — looking forward to Republican wins across the ballot to bring balance, accountability, and transparency!” the Nevada GOP wrote in a tweet sent out Wednesday night.

Gloria responded to the critique in the press conference on Thursday.

“My staff has been working very diligently. We’ve been here from early in the morning until late at night. We’ve been fully staffed,” he said. “We’re working as hard as we possibly can in order to get the ballots counted, but whether we like it or not there’s no way that we can move any faster than we’re currently moving.”

Former President Donald Trump, who was expecting a red wave in these midterms, also criticized the county in a post on Truth Social.

“Clark County, Nevada, has a corrupt voting system (be careful Adam!), as do many places in our soon to be Third World Country. Arizona even said ‘by the end of the week!’ - They want more time to cheat! Kari Lake MUST win!” he wrote.

Clark County responded to Trump’s claims of cheating and called it “outrageous.”

“He is obviously still misinformed about the law and our election processes that ensure the integrity of elections in Clark County,” the statement read.