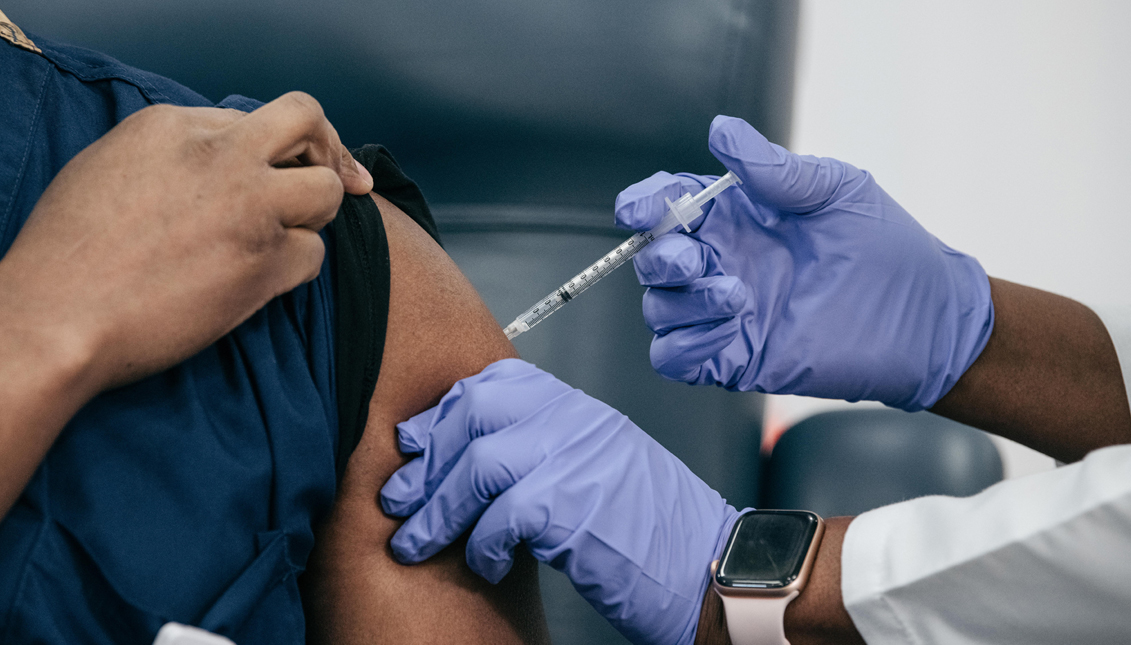 Very little has been reported on actual policies to combat the inequities apart from sheer intent. Photo: Eduardo Munoz-Pool/Getty Images

What are municipalities across the U.S. doing about COVID-19 vaccine equity?

The disparities in vaccine rollout are well known by now, but what’s being done about it, if anything?

Extensive documentation for the health inequities in COVID-19 vaccine distribution have been documented for weeks. With each report, what was already conceived to be a possibility has been cemented.

In California, the Department of Public Health put it plainly:

“White Californians so far have received 32.7% of the first available doses of the COVID-19 vaccine, compared with 16% for Latinos, 13% for Asians, 2.9% for Black people and 0.3% for Native American populations,” wrote the LA Times, which pointed out that Black, Latino, and Asian populations make up a large portion of the state’s essential workers, and many of these communities don’t have access to healthcare for myriad of reasons.

The Latino death rate in LA County is nearly triple that or White residents.

This is the story of just one municipality.

All across the nation, states and cities are grappling with the same data, yet white Americans are being vaccinated at rates of up to three times higher than Black Americans, according to early data from 23 states that are reporting racial and ethnic data on vaccination.

According to CDC data released in late November, Black and Hispanic Americans are 3.7 times and 4.1 times more likely to be hospitalized from COVID-19 than white Americans.

The data is and continues to be documented, but very little has been reported on actual policies to combat the inequities apart from sheer intent.

This is seen in the White House’s 19-page plan for the pandemic response. While it outlines an intent to improve data collection on high-risk groups and provide equitable access to vaccines, tests and PPE, it lays-out clear intent, but omits a detailed plan for action.

It fails to mention that the unequal vaccine distribution has roots in years-long systemic and racial issues, and that an equitable pandemic strategy requires contact with local communities to root-out causes for disparities that are specific to their region and demographics.

Though there is some good news. The U.S. finalized a deal with Pfizer and Moderna for 200 million more COVID-19 vaccine doses, which should be sufficient to vaccinate nearly every American, according to Biden.

“Now we must ensure that the COVID relief package includes adequate funding for distribution of this vaccine in a manner that is effective and equitable, particularly for the communities that have been hit hardest by this pandemic,” wrote Sen. Alex Padilla (D-CA) in response.

This is tremendous news. Now we must ensure that the COVID relief package includes adequate funding for distribution of this vaccine in a manner that is effective and equitable, particularly for the communities that have been hit hardest by this pandemic. https://t.co/N8BicdTC7B

Padilla is communicating the urgency that should persist despite the 200 million dose announcement. Yes, they will eventually be distributed to everyone, but with each day that the inequities persist, BIPOC Americans continue to be affected at higher rates.

In most of the states reporting racial and ethnic data, the analysis found that white residents are getting vaccinated at more than twice the rate of Black residents.

The gap is even larger in Pennsylvania.

What is Philly doing?

A tried and true approach has been meeting the people where they are. It follows a similar pattern as campaign trails and effective grassroots campaigns, but in this case lives are immediately on the line.

In Philly, Dr. Ala Stanford with the Black Doctors Consortium has been successfully implementing this strategy for months.

But WHYY reported Stanford has started to notice a pattern.

“People who were able-bodied are starting to come into poor neighborhoods to get vaccines, and that’s horrible. But shamelessly, they are,” she told WHYY.

As hard as it works, the Black Doctors Consortium in Philly shouldn’t be expected to combat the inequities on its own.

Officials need to consider overall risk factors when developing an equitable pandemic response, and implement concrete measures that can be enforced.